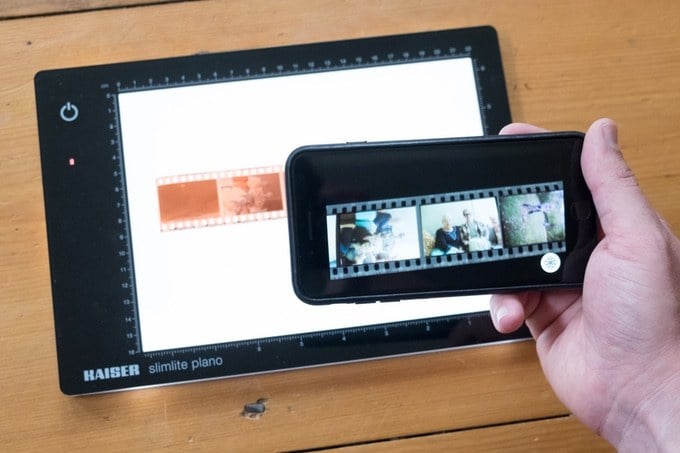 No matter if you shoot film or digital, I’m sure you have at least a few rolls of film lying around the house. Our parents and their parents used film, and many precious memories are saved on it. So, if you want to revive the old memories or scan the film you shoot yourself, you may soon be able to do it with your smart device.

Abe Fetting is developing an app that lets you scan a roll of film with your smartphone and tablet. And in an instant, you have a positive image you can print or share on social networks.

When you open the app and point it at some negative, it instantly gives you a preview of a positive image. If you tap the positive you get, the app automatically zooms in to fill the screen. This even includes correcting the perspective in case you’re holding the phone at an angle. From here, you can tap the capture button, and the app will take the positive photo of your scanned negative. It combines multiple shots into one for best quality and captures a raw image to save as much detail as possible. Now your photo is ready to be saved as a digital memory or shared through any app on your smartphone. 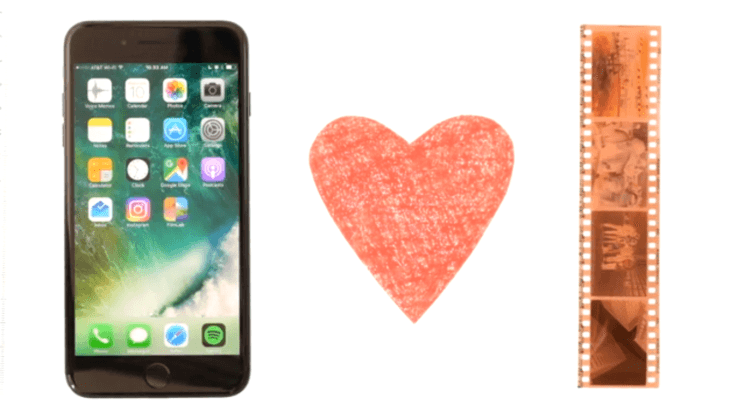 If you want a higher resolution of photos, you can photograph negatives with your DSLR or mirrorless camera and a macro lens. You can then add them to your phone, and when you open them in FilmLab, your negative is automatically detected and converted.

The goal of the app is to support as many films as possible. Abe points out that at a minimum, “FilmLab will work with 35mm film, 120 medium format film, and slides, with color negative, black and white negative, and color slide film stocks.”

As for the system requirements, when it comes to Android, any phone or tablet running Android 5.0 Lollipop or newer should be able to run the app. When it comes to iOS devices, the app will be available for iPhone 6s, iPhone 6s Plus, iPhone 7, iPhone 7 Plus, iPhone SE and 9.7″ iPad Pro. All the devices should be able to capture RAW format, which is why the app only works with newer models and operating systems.

The app is still in its prototype version and you can back it up on Kickstarter if you’d like it to come to life. If you pledge $18 or more, you get an early access to the first beta version for either iOS or Android. For $30 or more, you get the early access for both Android and iOS. The estimated early availability is July 2017, and the app is supposed to arrive in app stores in October 2017.

Personally, I love this idea. I have a bunch of film rolls back in my childhood home and I’d love to quickly scan them and turn them into digital images. And of course, share them with friends who forgot I even have those photos. Therefore, I really hope to see this FilmLab come to life.

« How to maintain a healthy romantic relationship as a travelling photographer
Ethical Photography, Where Do We Go From Here? »