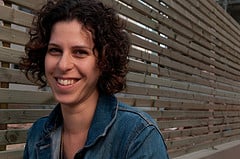 As many of you know, I moved to a new place a few months back. (And took down a ten ton wall when doing so). Now remember that story about Thomas Sawyer and the fence?

It starts as Tom got a punishment to whitewash his fence on Saturday. Bummer. However, Tom finds a clever way to both avoid the task and profit from it. He pretends that this whitewashing is so much fun that his friends want to take part in the mission. But our clever Tom, he charges his friends to whitewash the fence. How cool is that?

Anyhow, my story is kinda similar. I got the task from my wife, which is similar. But in my story none of friends paid me to build the fence and there’s a very nice dinner involved.

While putting is fence up is definitely DIY, you must be asking yourself what it has to do with photography. Find out after the jump.

Actually two things. The first (and more important) one that  I wanted to share is that one should always remember the option to use a nice fence as a backdrop.

While size is not always relevant if you are just shooting a person or two, Fences are usually big enough to take a shot of large groups of people, and still keep everyone “inside” the background.

Lots of fences also display a nice symmetrical pattern. Wither bricks, beams or even you usual picket fence. This allows the fence to become an interesting element in the background while not stealing too much of the viewer attention.

They are also readily available, with very little cost (unless, like me, you actually build the fence).

When framing with a fence as background there are some decisions you may want to be aware of.

Orientation – Are you going to take a horizontal or vertical image? What best flatters your subject? How can you get the most out of the fence behind the subject?

Distance – What is the distance between you and your subject/ between the subject and background? Ooops fence. Playing with those variables will give more or less focus to the background element.

Angle – are you shooting parallel to the fence (like the second picture) or at an angle (first picture) what suits the most?

This is mostly an artistic choose and there are no right or wrong here. I lit the subject on both of those shots and only lit the fence on the first one.

On the first image, the fence had enough going for it without getting even more attention towards it. The strong horizontal lines were enough to set it as a strong background element.

On the second image there is a flash skimming the back wall. It is there to bring out the pattern of the stone.

On both shots, I gelled the key flash with 1/4 CTO to bring out the subject.

Both the image on the top of the page (see it larger here) and the image below, were taken using a fence as a backdrop element. 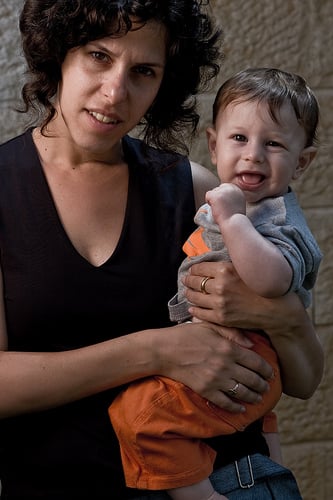 The second thing, which is a bit minor, is to remind myself (and you) about the great option of doing time lapse photography with Canon P&Ss using CHDK and FFMpeg. (I did try jpegvideo, as Surfcanarias suggested, but I liked FFMpeg better). Partial video below

Two Ways To Get Background Circles