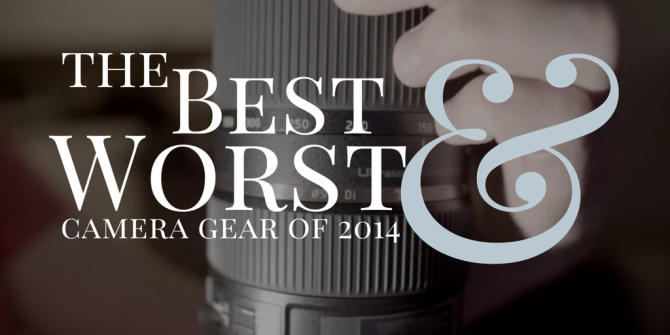 As 2014 begins drawing to a close, it marks the official beginning of an onslaught of year end lists. If you only have the time (or patience) to sit through one of them, I hope you choose this silly 19-minute long clip from the guys at The Camera Store. Their refreshing departure from the traditional year end list is presented in video form, probably because they want us to enjoy their progression from sober to flat out wasted as they play a drinking game while delivering their top and bottom picks of 2014. They save the worst of lists until the very end, when they’re nice and hammered, so rest assured, you’re getting their unfiltered feelings about the gear. Hilarity is bound to ensue….

Take a look at the clip, below, and be sure to read on for a follow up…

Best and Worst Cameras of 2014 According To The Camera Store

While the clip is part comedy, the guys really do have some great choices on their list in both the best of and worst of categories. Here’s a sample of some of their picks:

The guys weren’t afraid to admit when they made a controversial choice, as they’re sure not everyone is going to agree with them. What kind of gear do you think overlooked? Let us know your thoughts on their picks and share a few of your selections in the comments section below.

Google phones will soon use camera to track your heart rate