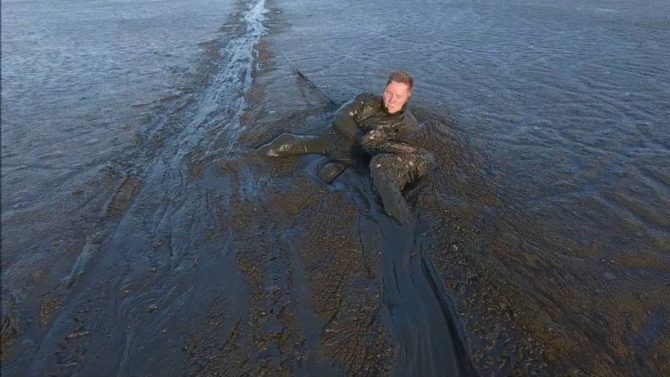 For some of us, just seeing a white-tailed eagle in the wild would be a treat. Polish wildlife photographer Krzysztof Chomicz has seen plenty. Lately, he saw one in a situation he didn’t like, drowning in thick mud.

Without hesitation, he went out to save it. This isn’t the first time, either. Chomicz rescued another white-tailed eagle last year from a similar predicament. This time, the whole ordeal was caught on a drone’s camera.

Crawling out hundreds of feet through the mud has got to be a tiring experience. Having to then crawl back with a big heavy eagle in tow must be just exhausting. But, when you see a situation like this, what else is one to do?

With the eagle now safely out of the mud, it went on to receive a shower and some food. The story continues about 3 minutes into this video.

As for the eagle. Well, he may not appear happy, but he is alive. 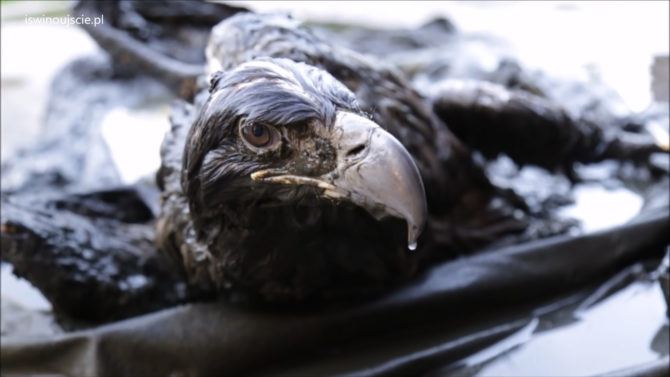 Local media reports that the eagle, nicknamed Icarus, was determined well enough to release back into the wild a few days later.

White-tailed eagles (Haliaeetus albicilla) are northern Europe’s largest bird of prey. They were driven to near extinction due to pollution and habitat loss. In the 1980s, though, they began making a comeback after PDBs and DDT were banned. Today there are thought to be almost 25,000 adult white-tailed eagles in Europe.

To find yourself in this situation even once is pretty rare. Twice? That’s just crazy odds. I’d like to think I’d do the same in his situation, though.

How about you? Have you found yourself rescuing wildlife in need while out shooting? Tell us what happened in the comments.

« 500px’s new Splash tool lets you search through images simply by making a sketch
How to define the chin on sky-faced subjects. »