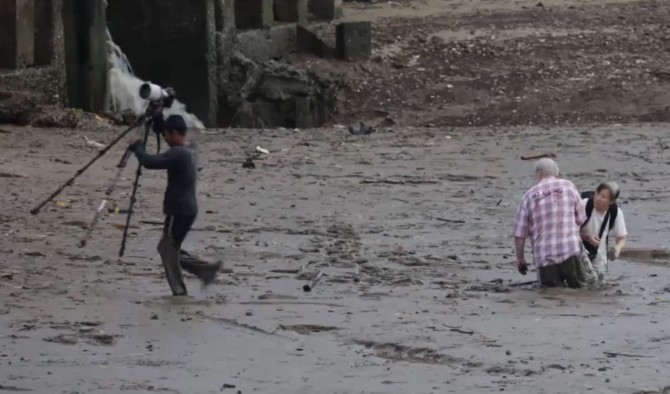 A Norwegian couple visiting Thailand’s southern city of Krabi was out birdwatching and photographing when they got stuck in the mud.

Luckily a local fisherman came to their rescue and helped them out, risking getting stuck himself, despite being able to easily make off with their expensive equipment.

The fisherman asked for nothing in return, but in the age of social media and the internet good deeds don’t always go unnoticed.

A video of the event starts with the fisherman walking up to the stranded couple and taking their tripod and camera. At this point many would probably worry that the man is taking advantage of the couple’s misfortune in order to get himself a new camera, but the fisherman, 44-year-old Chat Ubonchinda, swiftly returned to the couple.

After a few failed attempts to get the man out of the mud, the fisherman decided to take what looks like the camera bag and the woman’s handbag to a safe place. (Does anybody else get a feeling he used to be a photographer in a previous life?)

Sadly it is not a given these days that a stranger would help a stranded couple rather than helping himself to their belongings, but if you thought that was kind of Ubonchinda, check out what he did next.

Unable to pull the couple out of the mud, he lay flat on the mud next to them and had them use his body as a platform to climb out onto.

“The woman was able to climb up easily because she was not that heavy. When it was the man’s turn, I felt some back pain but I can stand it,” the fisherman told the Bangkok Times.

“I didn’t want anything in return. I saw the pair in trouble and my only thought was to help them,” he added, and the video clearly shows how he took off as soon as both tourists were safely out of the mud.

Despite not asking for anything in return, the couple later showed up at Ubonchinda’s home, along with the mayor of Krabi, to thank him and give him some cash as a token of their gratitude.

Bokeh adds that the country’s Minister of Tourism and Sports has awarded the fisherman a cash reward from the government, along with a plaque honoring his actions. The Bangkok Post added that he also received a custom made jacket with “Pride of Thailand” embroidered on the back.

A few days later the mayor uploaded a photo of the couple photographing in a safer place along the river, but this time the man used plastic basins to ensure he doesn’t get stuck in the mud. 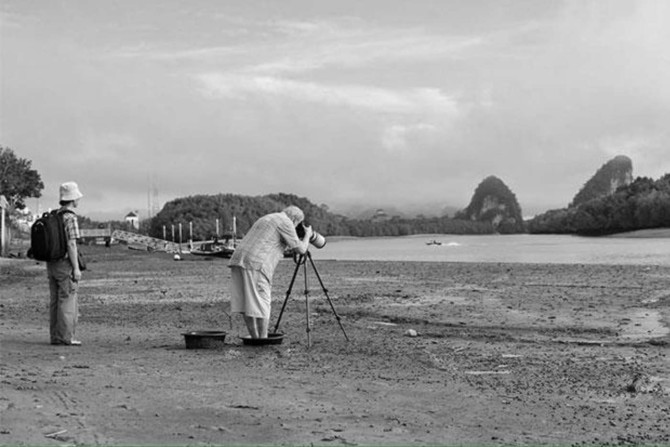 Other than the cash rewards, Ubonchinda has also become somewhat of an online star with the video receiving over 2.7 million views, 160,000 likes and 70,000 shares in just a few days.

I don’t know how often the fisherman goes online, or if he’s even on Facebook, but at the very least this is a great reminder for the rest of us that there are still good people out there.