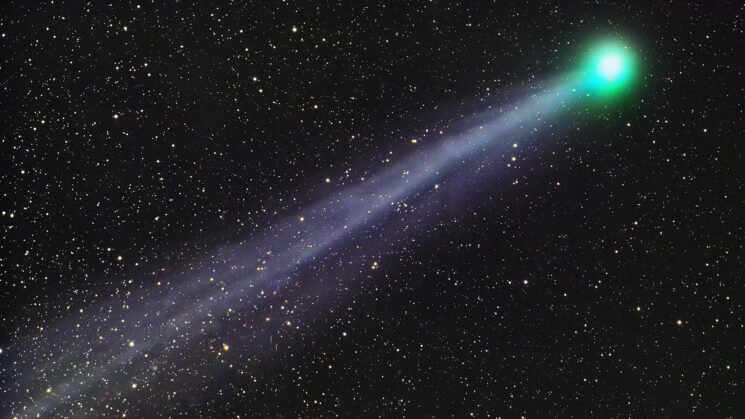 If you want to photograph a comet without requiring special astrophotography gear, then the next two weeks could be your best opportunity. You certainly won’t get another opportunity to see this particular comet again, as the next time will be in 50,000 years. I don’t know about you, but I’m not planning to be around then!

It should be visible in the Northern hemisphere and will likely be the first comet to be seen with the naked eye since the Neowise comet in 2020. The other interesting thing about this comet is that it has an unusual green hue to it, which could create some spectacular images.

If you want to try to capture the comet with your camera, then this week would be a good opportunity, weather permitting, peaking around January 29th. The moon phase will be a new moon, allowing the darker skies to lend greater visibility to stars, planets, and of course, comets.

Of course, you’ll still need to find a dark sky location, far away from city light pollution, to see the comet. According to F Stoppers, it will be visible above the North Eastern horizon after midnight in the Northern Hemisphere.

Like any night sky photography, you’ll need a tripod, an ISO of at least 400, but usually up to around 3600 is fine with modern cameras, and a long exposure of up to 15 seconds to avoid star trails. If you have a star tracker, then you can take longer exposures, of course. If using a longer lens, then you’ll either need a star tracker device or you’ll have to shoot shorter exposures according to the 500 rule.