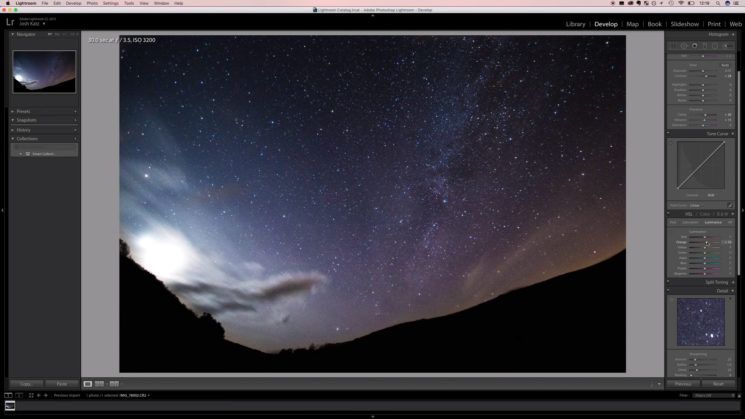 I’m not really a big astrophotographer, the skies are just too bright around here most of the time. I’ve dabbled with it here and there, but never anything serious. Recently, though, I’ve found myself in possession of the Irix 15mm f/2.4 lens (review coming soon). With a lens this wide (field of view) and this wide (aperture), it was made for astrophotography. So I’ve been experimenting again.

So, this video from YouTuber Josh Katz has come along at just the right time for me. He too, says he’s no expert in photographing the night sky, but he knows enough to explain the basics and get you started. Also like myself, Josh lives in an area where there’s a constant struggle to find a sky dark enough to actually be worth shooting. But he offers a few tips for that, too.

The video is aimed at those who don’t live near a dark sky and don’t get the opportunity to shoot this kind of thing very often. Josh first talks about the gear, and you don’t need anything all that fancy. You might have to thing carefully about your camera choice, though. You want something that produces fairly clean results up to about ISO3200. Josh uses a Canon EOS 70D.

Generally speaking, you need a wide angle lens for astrophotography, especially as a beginner. This is down to the fact that the earth moves. In the amount of time it takes to do a 15 or 30 second exposure it actually moves a lot. That Irix 15mm lens on my Nikon D800 has a field of view of around 100°. Even that wide, though, with a 30 second exposure I’m starting to see stars stretch a little.

For the same reason, you’ll want a lens with a fairly wide aperture that lets in as much light as possible. This way you can keep your shutter speeds faster to reduce that blur from the rotation of our beloved little planet. Josh uses the Tamron 10-24mm f/3.5-4.5 zoom, which he admits isn’t really fast enough, but it works for him. If you have a camera with suitable ISO performance it might work for you, too. 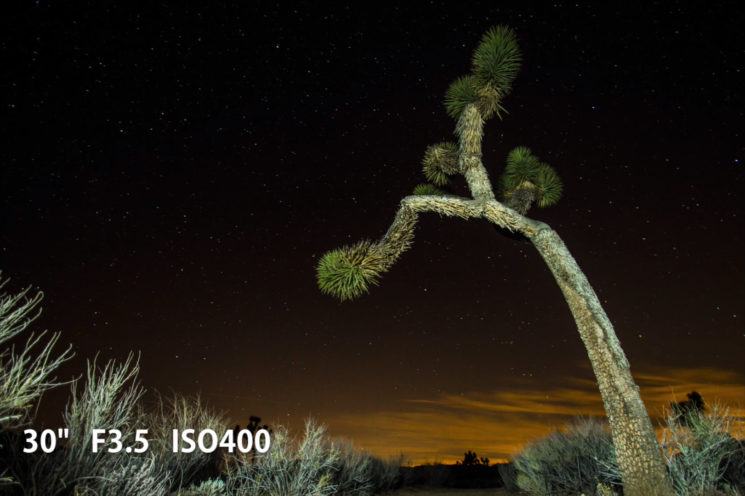 Other options include the Rokinon/Samyang 24mm f/1.4. Personally, I don’t think it’s wide angle enough for my own tastes, and the stars will move faster across that frame due to the narrower field of view. But having a maximum aperture of f/1.4 means that you shutter can be open for a quarter of the time you’d need with an f/2.8 lens. If you needed 30 seconds with an f/2.8 lens wide open, you’d only need 8 seconds with an f/1.4 lens wide open. So, less movement from the stars.

You’ll also want a few accessories. A good stable tripod is a must, as you’re unlikely to get good 15-30 second or longer exposures handheld. A headlamp or flashlight will also come in very handy. In a pinch, you can use the LED light on your phone. Personally, I’ve finally been able to get some good use of my Aputure Halo. I just put it on a light stand with a regular flash bracket.

An intervalometer helps, but it’s not mandatory. Even if you’re not actually shooting timelapse, these can work well as a remote trigger. I use the Yongnuo MC-36R wireless intervalometer. That way, no physical movements from me pressing the shutter button are transferred to the camera or the exposure. Where an intervalometer can come in really handy, though, is if you want to do star trails. But that’s a whole different topic.

I also enable what Nikon calls “Exposure Delay Mode”. This flips up the mirror and then waits a short time for all movement to stop before starting the exposure to prevent any vibration. If you don’t have an intervalometer or remote shutter, you can use your camera’s built in self timer.

Once you’ve got your gear sorted, the next step is to find a location. Josh lives in DC and goes to school in New York. Both of those are fairly well lit places. So, finding dark skies in the immediate area can be difficult. So, you may have to travel an hour or two (or more) to find somewhere suitably dark. One of the absolute best places on the net for finding suitable shooting places is darksky.net. They also have an app available for Android and iOS so you can keep an eye on the skies while you’re out. 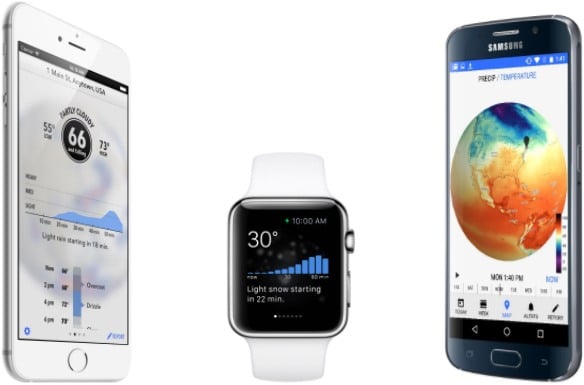 It’s usually a good idea to turn up at your chosen location before it actually gets dark. This way you can set up your composition while you can still see. So now comes the shooting info. First, it’s vitally important you’re shooting in raw. Even if you normally shoot jpg, this is a time when you really do want to be shooting raw. Most of our DSLRs just aren’t built for this kind of photography, and you typically won’t be able to pull that star detail while eliminating noise from an 8-Bit jpg.

You’ll want to set your exposure mode to full manual and turn off auto-ISO if it’s enabled. The first setting to sort out is the aperture. You’ll want this to be as low as it can go in order to let in as much light as possible. But, do be warned, on some lower end lenses, wide open might not be particularly sharp. Some lenses might not be perfectly focused to infinity when they’re supposed to be. So, use live view to point at a star and check if it’s sharp.

With the aperture set, the next step is the shutter speed. This will depend on the focal length of your lens. A common rule for astrophotographers is “the 500 rule“. Essentially, 500 divided by your focal length gives you the maximum number of seconds you should have your shutter open. So, for example, with the Irix 15mm f/2.4, 500 / 15 = 33.3. Although, even at 30 seconds, I could see those stars starting to shift just a little bit if I’m looking really closely. 15-30 seconds is usually about the standard, though.

Finally you want to set your ISO. You want to keep it low enough that it keeps noise to a minimum, but high enough that your camera can actually see the sky and pick out the dim distant stars. ISO 1600 is a good place to start. You can adjust it up or down from there depending on how bright the sky and the stars are given your lens’s aperture. For example, an f/1.4 lens is going to allow you to use a much lower ISO than an f/2.8 or f/4 lens.

Now you just need to take a few shots and tweak those settings. Then experiment. Try adjusting your shutter speed or your ISO to see how it affects the number of stars you can see. Push the limits of your ISO, you might be surprised.

If your scene also includes some of the land or foreground (hint: it probably should to give scale & context), then you can try some light painting. This allows you to bring your scene to life with the stars as a background, rather than having it simply be a silhouette. 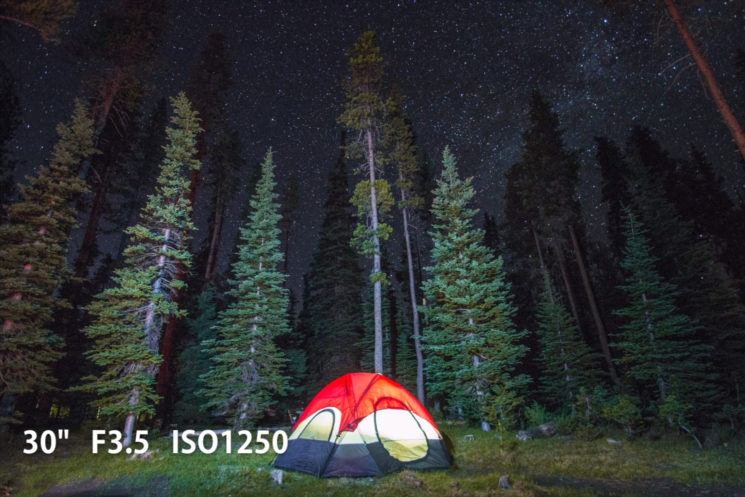 Once back home, it’s post processing time. You’ll probably want to play around with the white balance here to get something that feels right. While the sky might often look like pure blackness to our eyes, it doesn’t to the camera. The camera picks out all kinds of colours over a long exposure that our eyes aren’t sensitive enough to see. But it’s up to you to decide whether you want those colours to be warm or cool.

And that’s pretty much all there is to it. Once you break it down and give it a go, there’s really not a lot to the basics of astrophotography. After this, a lot of the methods for improving boil down to plain old experience. The more you go out and experiment, the more mistakes you make, the more you’ll learn for the next time.

What other astro tricks and tips can you suggest?

How To Photograph The Stars – A guide to astrophotography

« Google abandons the Nik Collection – Won’t develop it beyond CC 2015
Dear wedding guests, this is how not to take a photo during the ceremony »