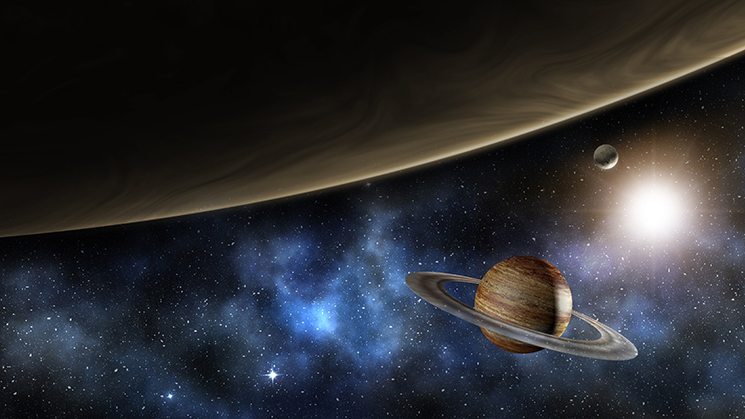 2020 has certainly not been the best year of our lives, but it still has some bright moments now and again. In December, all astrophotographers will get a pretty unique Christmas present: Jupiter and Saturn appearing as double planets. This phenomenon is pretty rare as is, but conjunction like this one hasn’t been since the Middle Ages.

This once-in-a-lifetime event will take place just after sunset on the evening of 21 December 2020. When you look up to the sky, Jupiter and Saturn will appear closer together than they have been since 1226. Rice University astronomer Patrick Hartigan explains that the alignment between these two planets happens once around every 20 years. But the one we’ll be seeing in a month is exceptional. “The last time the two planets appeared this close to one another in the sky and were observable (i.e. not in the Sun’s glare) was on the morning of March 4, 1226,“ Hartigan writes.

If the weather forecast isn’t promising for 21 December, don’t panic. Hartigan explains that this conjunction is an ongoing event, and you’ll be able to observe it any time from 17 December and Christmas. The two planets will get closer together than the diameter of the full Moon! 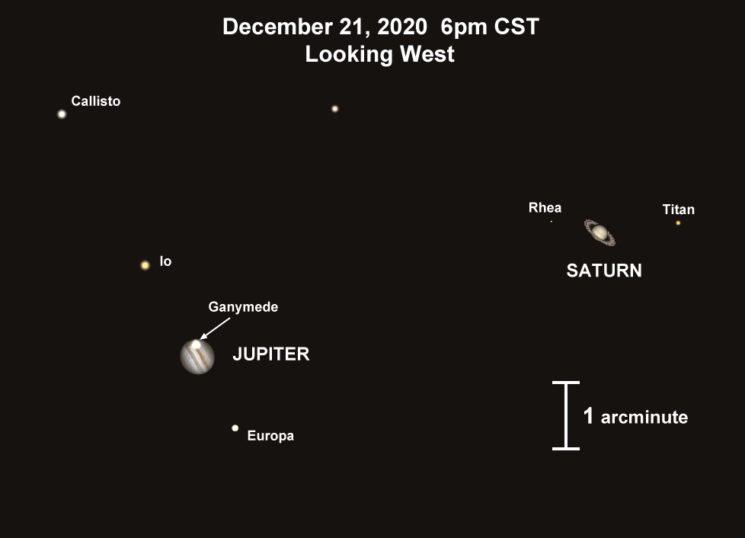 This is how the alignment will look under a telescope, credits: Patrick Hartigan, shared under CC BY 4.0

The astronomer adds that one of the five closer alignments will occur only three conjunctions from the one in December: on 15 March 2080. I mean, in case you totally miss this one and plan to live for another 60 years. “That one has almost exactly the same separation as this one does, but will be much easier to see as it will appear 44 degrees from the Sun, well up in the morning sky,” Hartigan writes. “The major challenge there is you’ll have to stay alive for another 60 years to see it!”