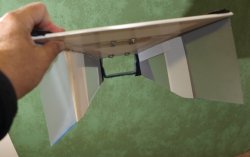 How about creating a thingy that is a bounce card, a softbox and a super bounce card. Nice isn’t it?

Martin Kimeldorf is a regular inventor here on DIYP (with inventions like Portable Backdrop Mount System, the Kimel Bouncer and the dual vertex gel system he is one of the more prolific mind I know). I was not surprised when he came up with a design to the problem presented above. It is a bit rugged and DIY looking, but it does the job. It’s also a great project to get inspiration from, both on what you can do with a flash and how you can do it.

Its all Martin from after the jump.

I love it when someone says “it won’t work.” It inspires me to try. So when I asked a manufacturer if he could modify his system so it did more than bounce light, he said, “Can’t be done, no one diffuser can do it all.”

And to some extent he is right. But, I’ve found that my DIY and commercial light modifiers and shapers work well in a controlled studio situation, they fair poorly at an event, where I can’t yell out, “Everybody hold their breath while I remove this reflector thingy and strap on a softy box.”

I wondered, could I create something that could replicate the effect of a small soft box, bounce card, and reflector (for when there is no handy bounce-able surface)? Can I make it small? Can I create something like the autobotic transformer cartoon characters, one light modifier seamlessly turns into another…

My goal was also to make it collapse into as small a package as I could. This involved designing cloroplast “backbone” that is double hinged.

It is all mounted on a flash omni-bounce with the top cut off. That makes the entire affair easy to put on the strobe, and gives it a fixed, reliable position. (As a general tip, omni bounces are a great solution for cheaply mounting stuff on your flash) 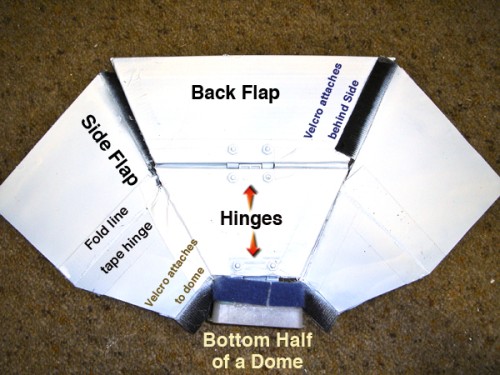 One hinge is half way up the back, which allows me to collapse it into a single white card or create a reflector. The other hinge is at the base and this allows me to change the angle.

This image shows the top part bent forward, and the sides splayed out. When placed vertically it replicates a large reflector like a lumiquest bounce. This eats up about 2 stops compared to a direct flash. 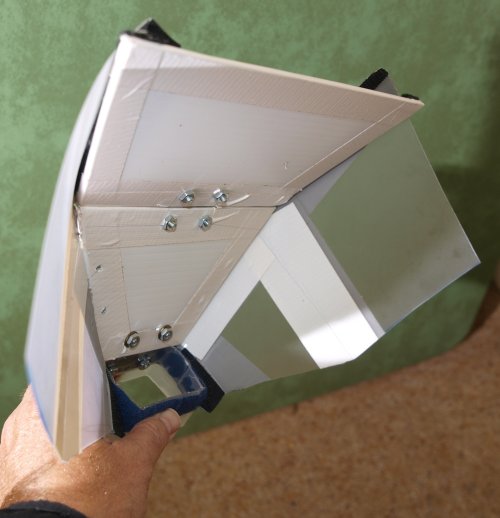 The side panels are light weight, translucent plastic panels. Note they are Velcroed at the bottom to the dome diffuser piece. The top half of the panels Velcro to the back of the panel. Note the screws hold the two hinges at bottom and mid-pint of the cloroplast back piece. 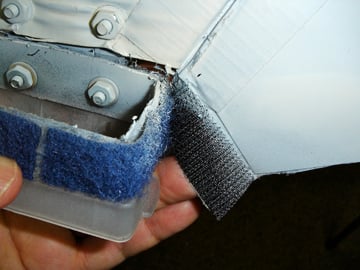 Eventually Velcro is added to the front rim, and holds the diffusing “silk” for a soft box.

Showing the business end of the softbox configuration. The cloroplast back has two light, collapsible sides. Later it is all painted white. 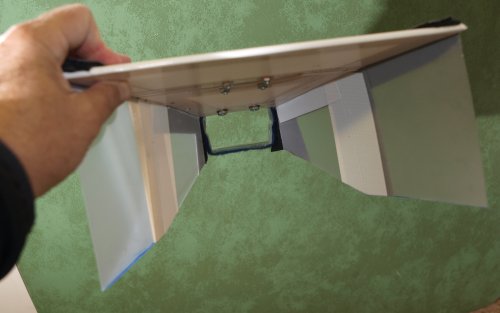 back and side collapsed to back side leaving a white card to fill in for bounce. 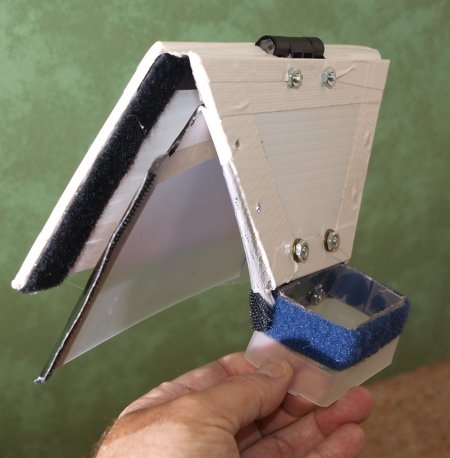 I’ll let you judge my final DIY. I’m sure folks here could improve on the design.

This is not for the faint of heart. Like good lighting there is no
auto-exposure-flash-manufacturing button. You have to feel yourself
through the making of this. I advise you to mock up this DIY (or your
version) first in cardboard. These are the steps I took:

1) Cut off top of a dome diffuser that fits the flash. Surround it with Velcro.

2) Guestimate the size and angles for the back-panel. I wanted mine
to extend 8 inches so it would be large. This will be the cloroplast
element.

4) Determine where hinges should be located and install on back
panel. This means cutting the back panel at the mid point and
installing hinge so it folds completely back.

5) Trim side panels, attach with tape temporarily. Note how they can
be folded back and then down. Trim to fit and cut out final size. 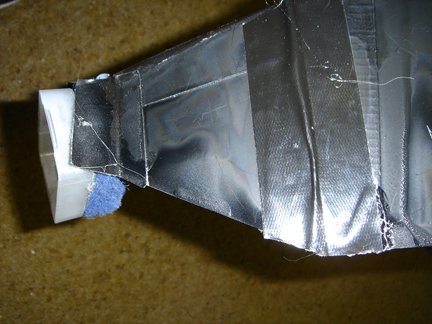 7) Cut out the silk for the soft box. Trim and add a glue bead to
the edge to stiffen it. Then add Velcro as needed. I later added a
small Velcro along the bottom so I could move the silk up and out of
the way from my lens, when the flash goes on camera.

8) When done, do one more check for moving parts, re-glue as needed, trim. Then paint outside black and inside white.

Once you have it working in cardboard, then try it with your final materials, concentrating on keeping it as light as possible.

I wanted this to be a realistic setting. I placed the mannequin in a chair with a white card behind it to reveal issues with wall shadows. The remain large living room has a high ceiling and yellow walls. I set about comparing an umbrella, dome flash, and direct flash to my DoItAll. I adjusted the flash output to create somewhat similar histograms. This showed that the soft box and umbrella both consumed about a stop of light, whereas the reflector and white card bounce flash ate up about 2 stops of flash power. 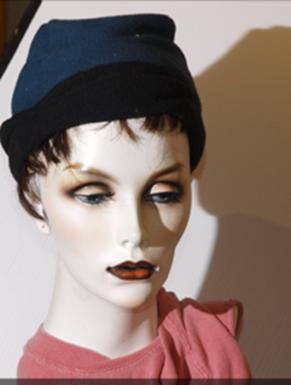 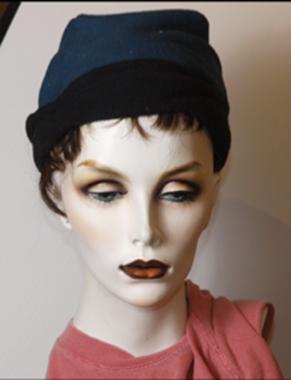 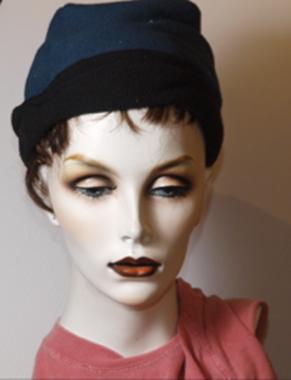 Finished product in use

I painted the back sides black and the inside white. The softbox “silk” was originally borrowed from a broken umbrella, but later I decided to use regular light material bought in a store. The silk attaches with Velcro.

Softbox set up. Like a regular soft box, the silk or cover attaches with Velcro. 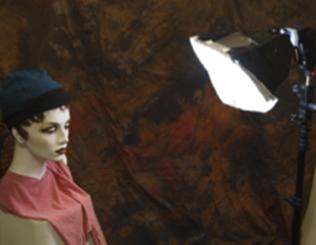 Reflector setup. The sides flare out by changing position. The top part of the back is hinged and moved forward to direct light forward. 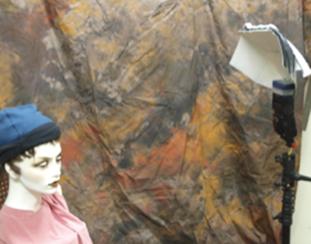 White card set up, shows the top part of the cloroplast fold back, the side panels folded back and down. The side panels are double hinged (once on the side, and once in the middle, cross-wise) 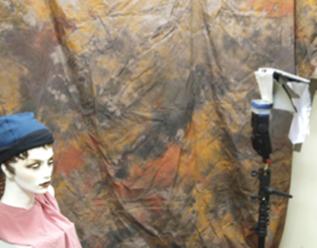 White card with diffuser in front 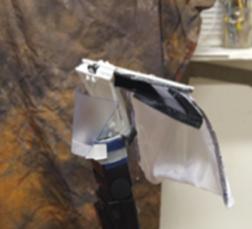 For fans of the flip-it or Fong diffuser this adds a diffuser to the front. When not in use this extra piece of plastic rests on the back with Velcro.

Have any ideas for improvements / similar projects? Share in the comments.