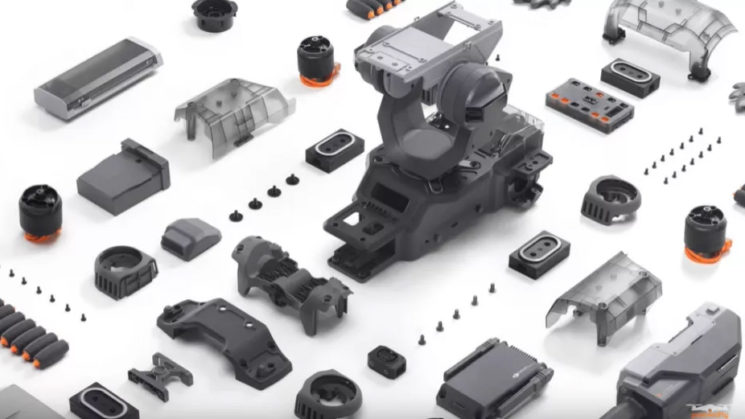 It appears that DJI’s newest toy isn’t a drone at all, but a battle robot kit you build yourself. Ok, so you don’t have to go sign up for Robot Wars with this thing, and you can probably configure it a bunch of different ways. But apparently it’s called the DJI Robomaster S1 and it’ll cost $499.

The news comes via DroningON after being leaked by VentureBeat and PocketNow when their pre-prepared announcement articles went live a little early. They say that both blogs pulled their articles offline almost immediately, but not before screenshots were made and images downloaded. 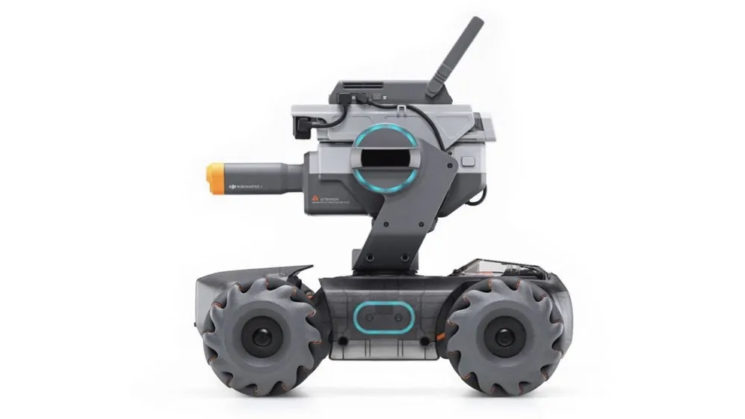 The Robomaster S1 is most likely aimed at education, to get kids interested in robotics and electronics. But it also has some potential for more serious uses, too. Remote controlled vehicles with cameras attached have been used for documentary filmmaking for a while now, and this could potentially be a relatively inexpensive option for that sort of thing. 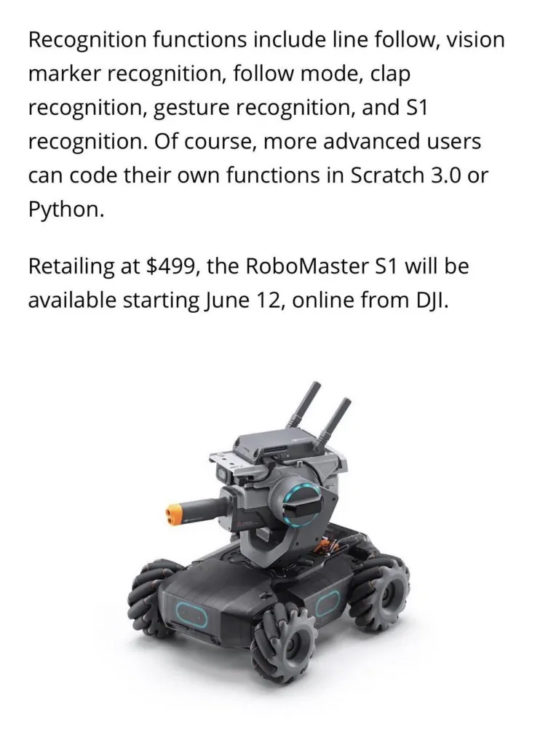 It also features a bunch of sensors offering line follow, vision marker recognition, follow mode, clap recognition, gesture recognition and S1 recognition, and more advanced users will have the ability to create their own code in Scratch 3.0 or Python, too.

The Robomaster S1 is expected to be officially announced now in around 6 hours. But it looks like the Robomaster S1 will become available immediately following the announcement for $499.

[via DroningON / Drone Reviews and News]