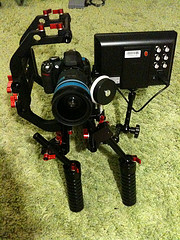 In the following post, Eric Au will share his making of  A DIY follow focus mechanism. We did feature a KNE’X follow focus before, however, this one mounts on a rig., and has a very pro look to it. While the specifics of this build are oriented towards a specific HD-DSLR mount, the concept and process can be adopted to other rigs by changing some of the measurements.

Bear in mind that this project does require some uncommon hardware tools, yet considering the price drop, you may want to ask your neighborhood iron man for some assistance. …and The floor is all yours Eric.

This project was conceived after purchasing a DSLR video rig – the Gini Rig Extram 17 from Korea) – I wanted to load as much functionality on it as possible, including precise focus control. This called for a follow focus solution.

I yearned for a follow focus but refused to pay $200+ for a bunch of RC car parts and some wheels. I liked the IDCphoto version of a friction follow focus wheel, and the DIY below is going to mimic its functionality.

the first task at hand was to find a base. I built the system around the Gini rig – it is a standard two 15mm rail set up that would provide a sturdy and reliable base for the Follow Focus. It would also serve as a mounting point for all the other DSLR cinema kit parts.

I went to the hardware store to source parts. The plumbing isle proved to be priceless. I found some 2.5 inch black ABS end caps that were perfect for my application. I also found that a soft white plastic “o-ring” type fitting from the plumping isle would fitting for both the friction wheel and also a focus marking point. 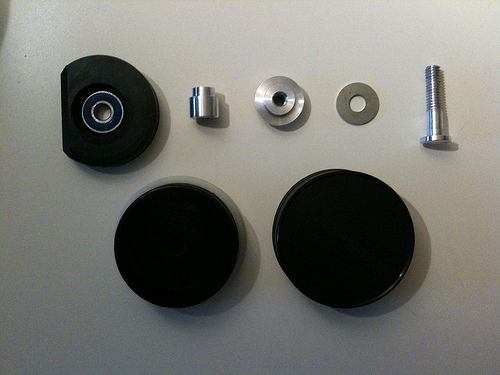 On the top row you can see (left to right):

Putting the bolt through the FF wheel. Notice the white ring, it’s soft and grippy 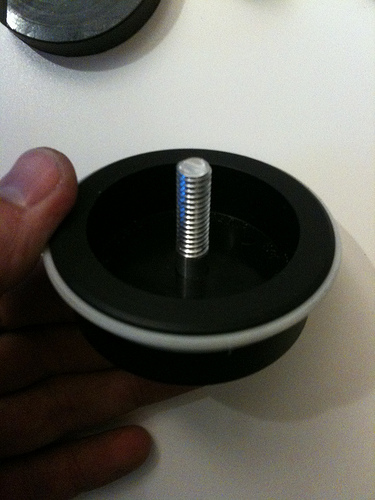 Slide on the spacer, note that the narrow portion of the spacer, this is the same diameter of the skate bearing. It needs to ride on the inside. 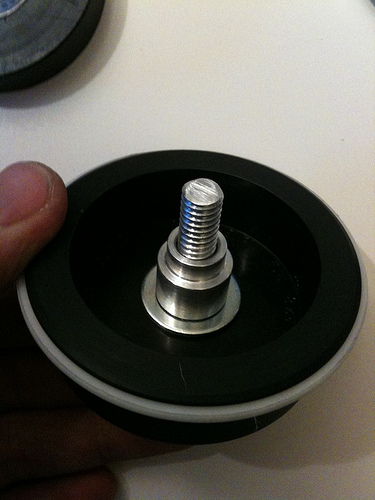 The previously milled HDPE disc is slide onto the bolt. Note the side that is milled off and chamfered. This is done to clear the lens when it is installed and turned at 45 degrees. VERY critical otherwise this whole project would be for not. 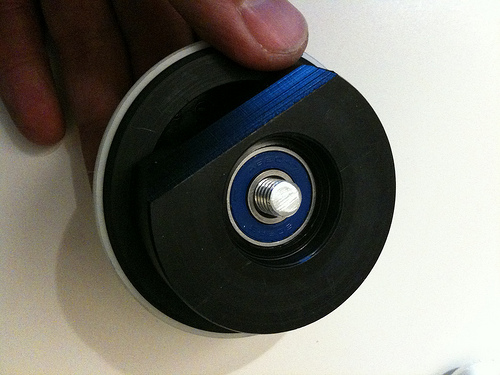 Thread on the last large diameter bolt to hold in the assembly together. 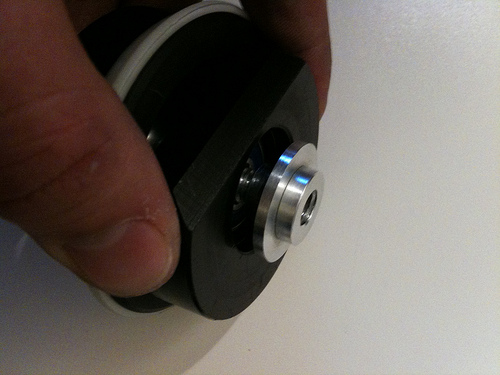 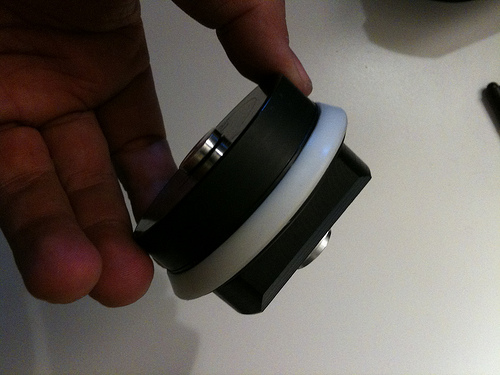 With a test fit, you can see why that chunk of the disc was removed and why it was also chamfered. Clearance is adequate. Now it’s time to devise a way to hold the wheel assembly against the wheel. This was the hardest while simultaneously the easiest part. 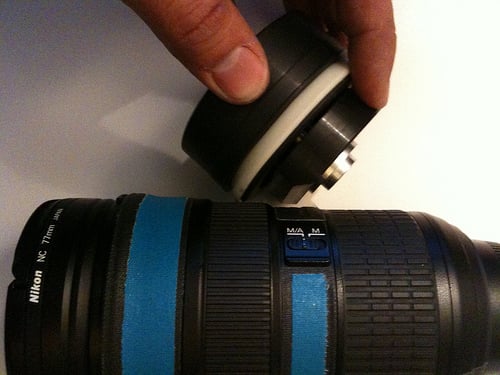 It took me forever to figure out to mount it so that I would be able to use any lens in my bag. Finally, after searching and searching, and with no precedents ahead of me, had an grand thought! Just mount the thing on one of the 90 degree rod blocks from the kit. This would allow for vertical, horizontal and also pressure engagement of the wheel to the lens.

I drilled and tapped the end of a milled 15mm (about 2.5” long) with a ¼ 20 thread and a matching hole in the HDPE disc. The wheel is free to spin now. 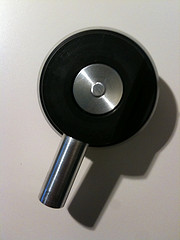 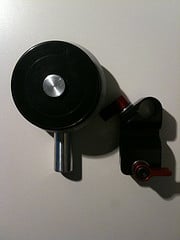 Next was mounting the FF lollipop is as simple as tightening the clamp and sliding it onto the rig. 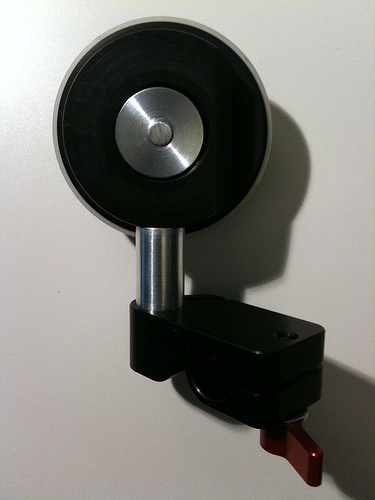 And adjusting the height of the rod to match the center of the lens and then turning it 45 degrees so that the white, soft plastic make contact with the focus ring. 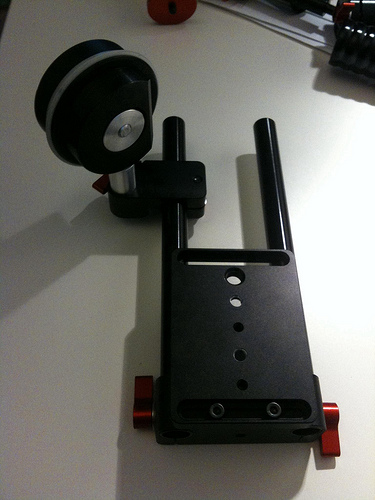 A test rotation and here we go! Depending on the lens, it only takes about a 1/3 of a turn on the wheel to go from closest to infinity. 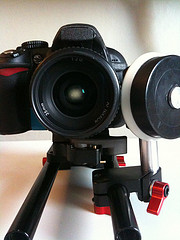 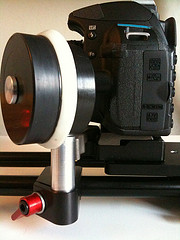 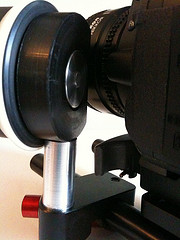 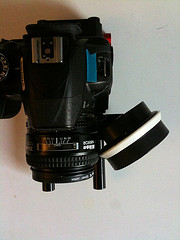 The final result looks professional, OEM and most of all FUNCTIONS!

Total cost: about 6 bucks (assuming you have the rig and tools). Not too shabby.

A Question to Readers:

we’ve been featuring a few video tuts and a few projects that has some more sophisticated hardware expertise in them. Id’ like to know if those are fun to read, and if you would like to see more of those, or just have them on occasions.

Automating Your Slider for About 20 Bucks