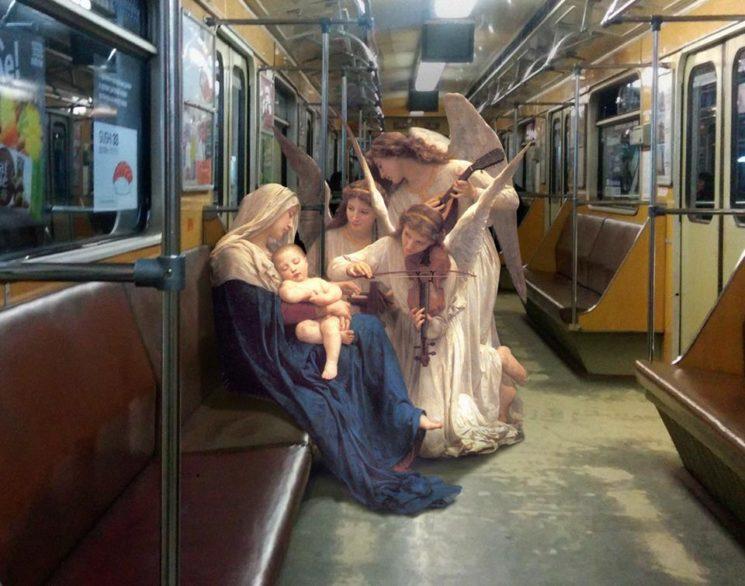 Bringing classical paintings and digital art together can work in different ways. In his project Art History in Contemporary Life, Ukrainian artist Alexey Kondakov uses digital collage to bring together two worlds that seem impossible to merge. Characters from paintings, mainly from Romantic period, get a new life in the photos from modern life. Thanks to Alexey’s fantastic sense of composition and photo manipulation skills, the characters from classical paintings blend perfectly with digital images and create a different, altered reality.

Alexey has dedicated his life to being a graphic designer, and he always observed art and graphic design as two separate things. But the idea for this project occurred while he was working on an image of the nymphs offering wine and fruit to Bacchus. This made him reflect on the fact that the lives of people from the past weren’t that different from our lives today. They enjoyed the same things like us – talking, drinking wine, eating and hanging out… This is when Alexey’s idea was born, and it soon turned into a project. 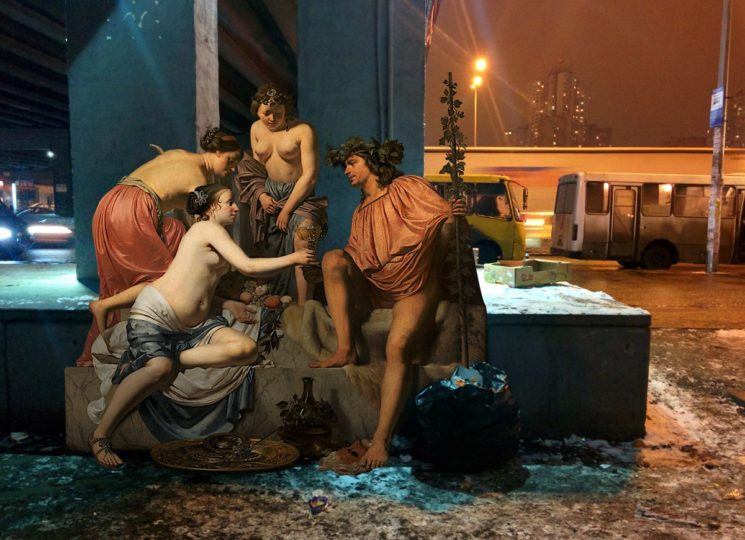 The characters from the paintings were originally made on canvas, but Alexey merges them very skillfully with the digital photos. The light, textures, and tones fit well together and make the scene look more realistic and natural. 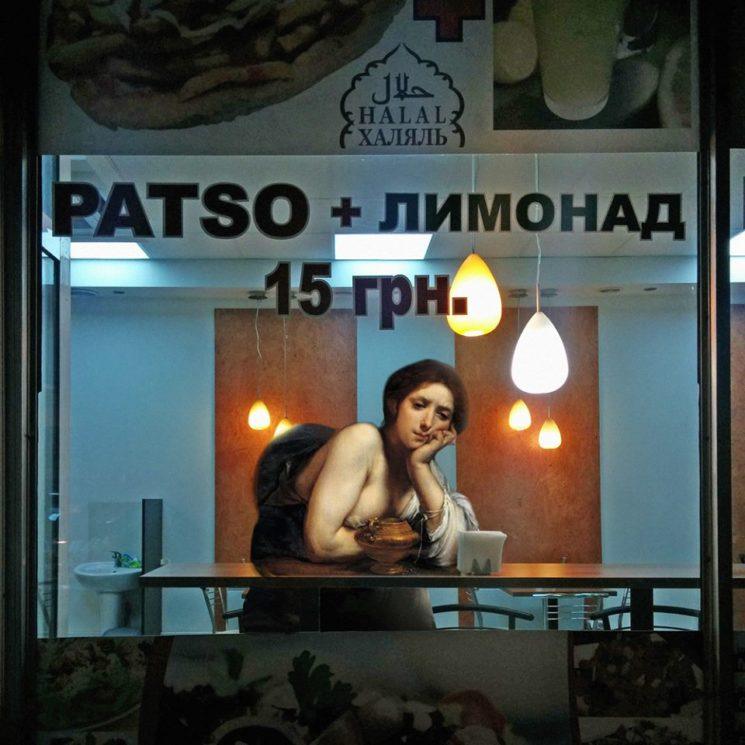 At first, he used photos from everyday scenes in Ukraine as his digital canvas. He took the photos of places and added characters from classical paintings to create a scene. Although the paintings were made centuries ago, in Alexey’s images they depict situations commonly seen in the modern world. Sitting on a metro or in a bar, doing the laundry, eating, sleeping and dancing – these are only some of the contexts found in Alexey’s collages. 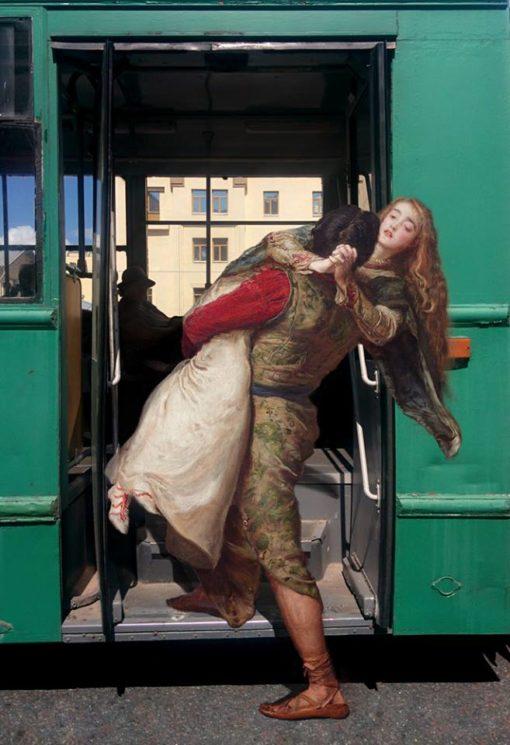 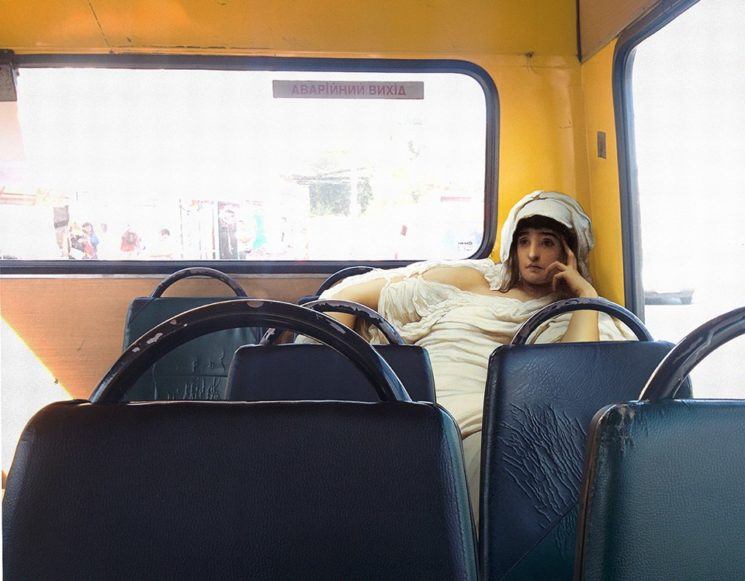 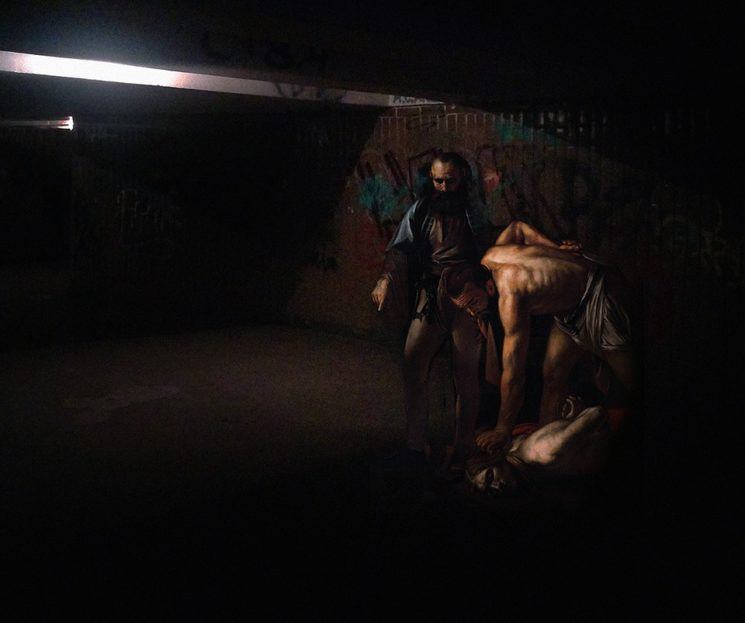 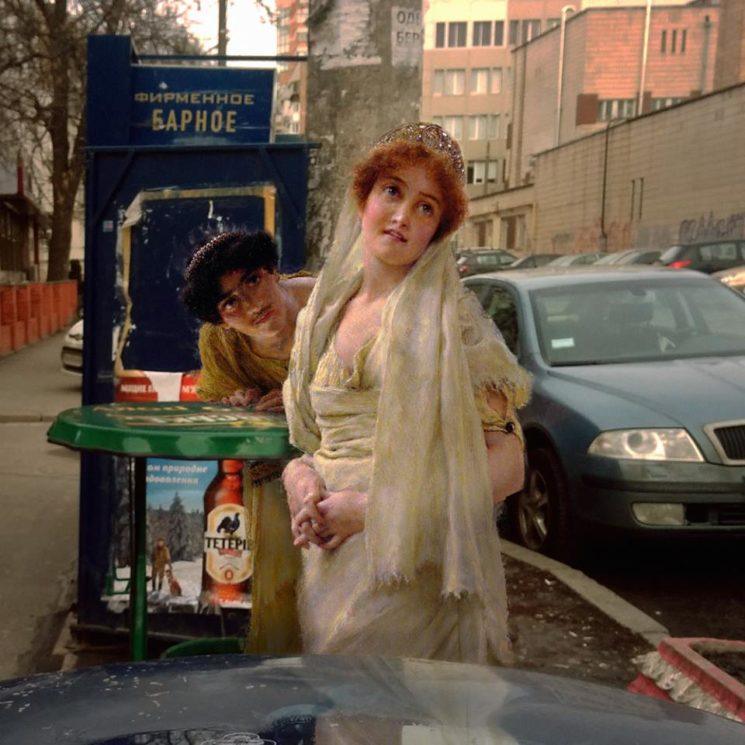 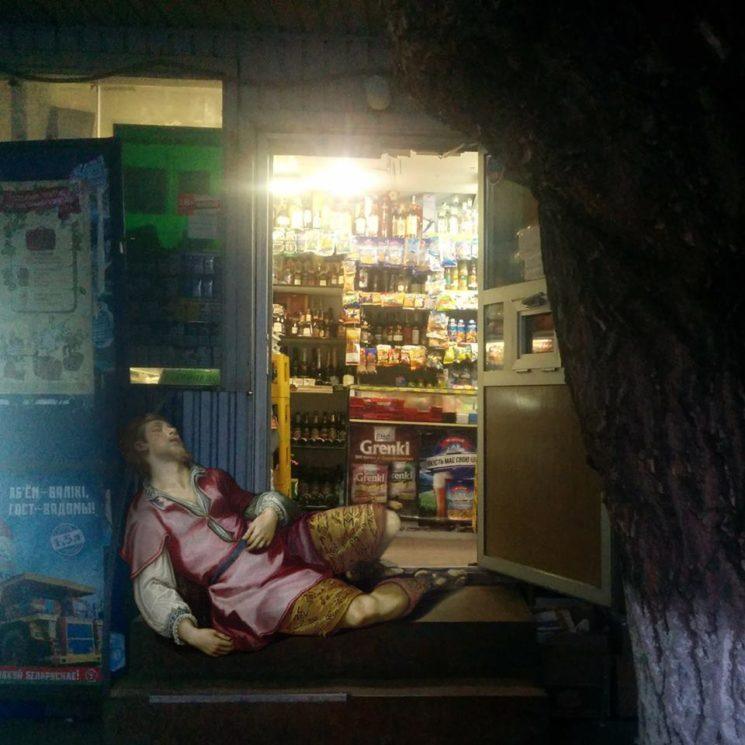 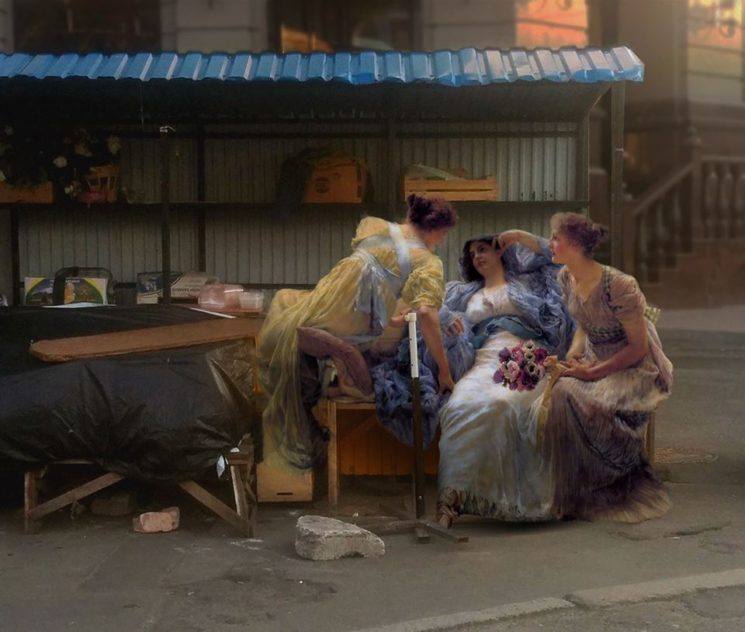 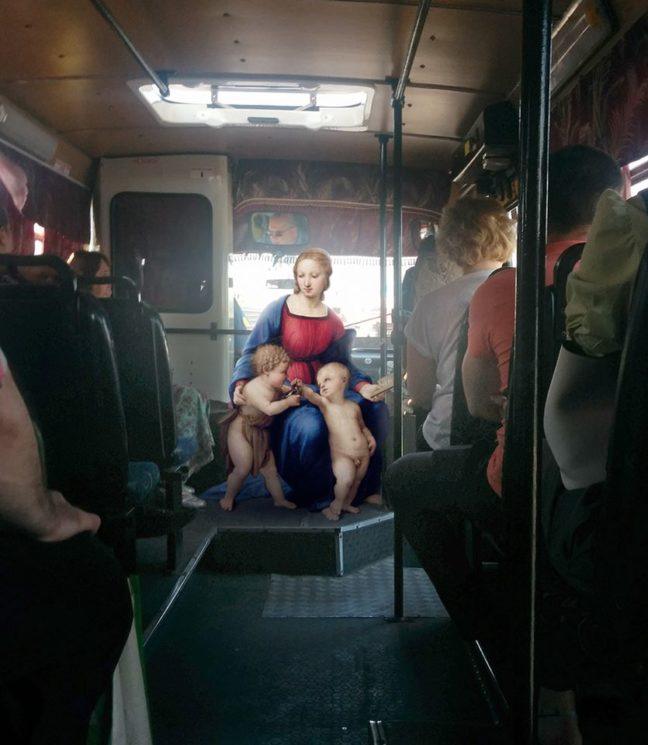 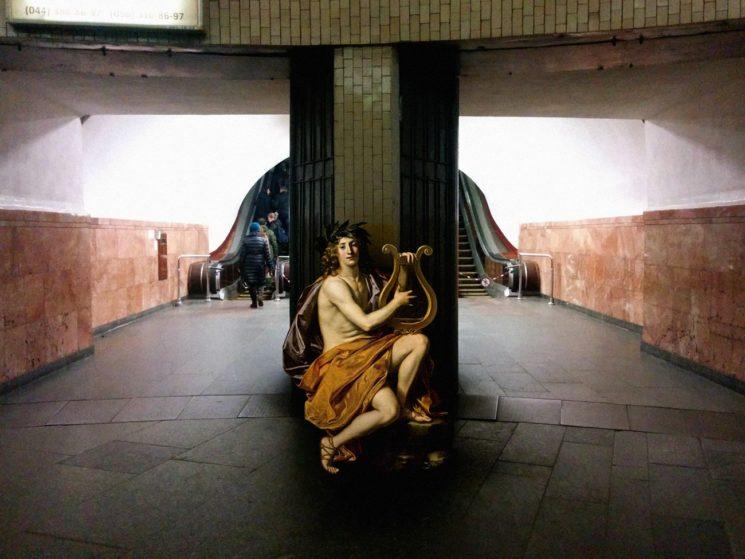 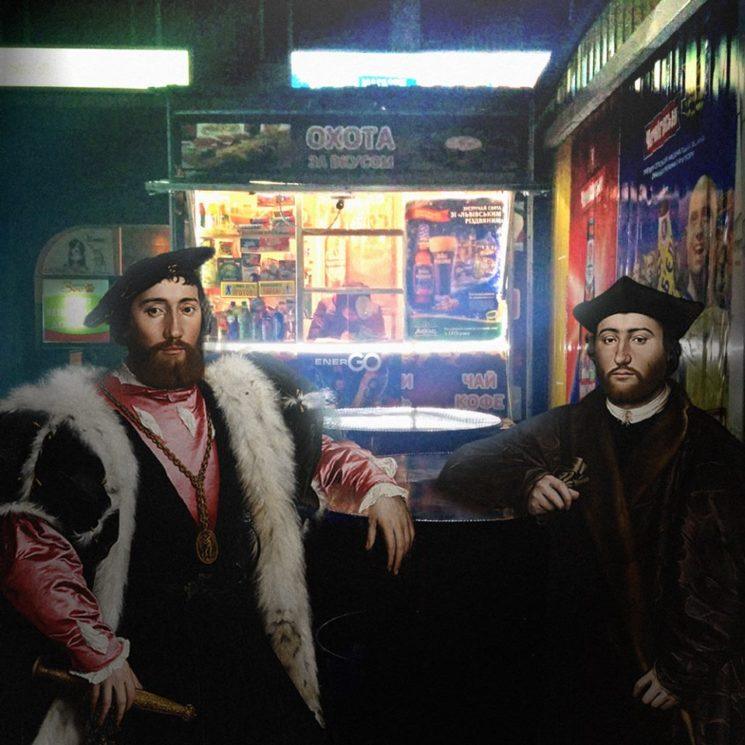 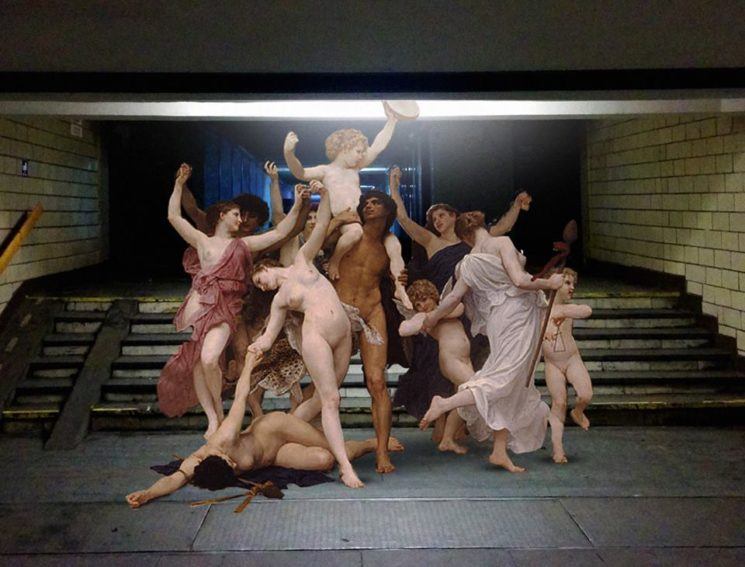 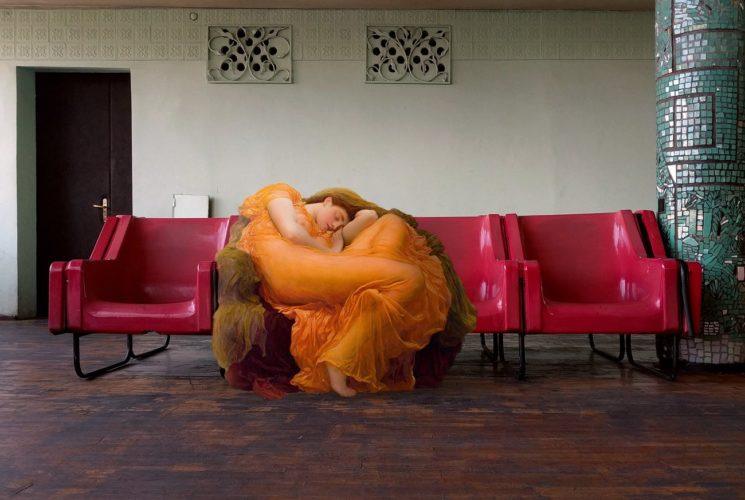 His latest addition to Art History in Contemporary Life is called The Napoli Project, and it takes place in this Italian city, the home of the High Renaissance. The concept remains the same, but the scenes take place in modern Naples instead of Ukraine. This project has 16 new pieces, and they were exhibited in Naples in November 2016. For all of us who weren’t in Naples at that time, here are some photos from The Napoli Project: 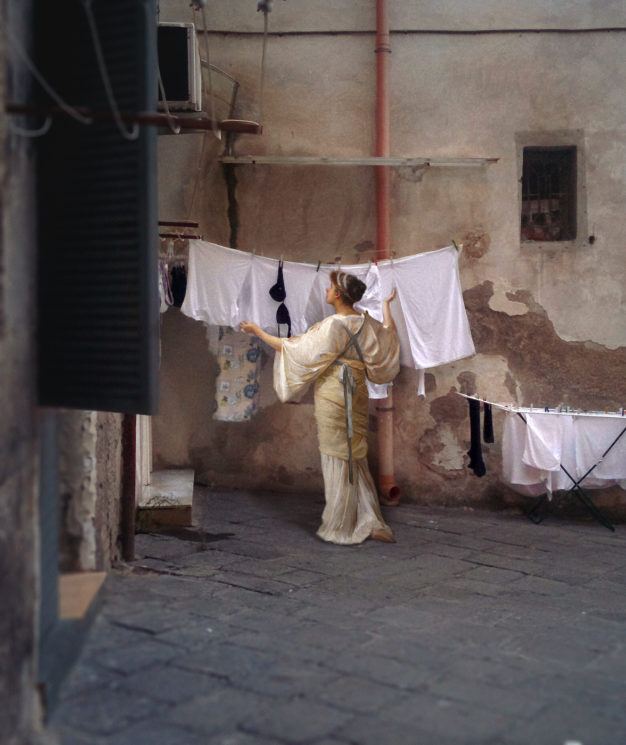 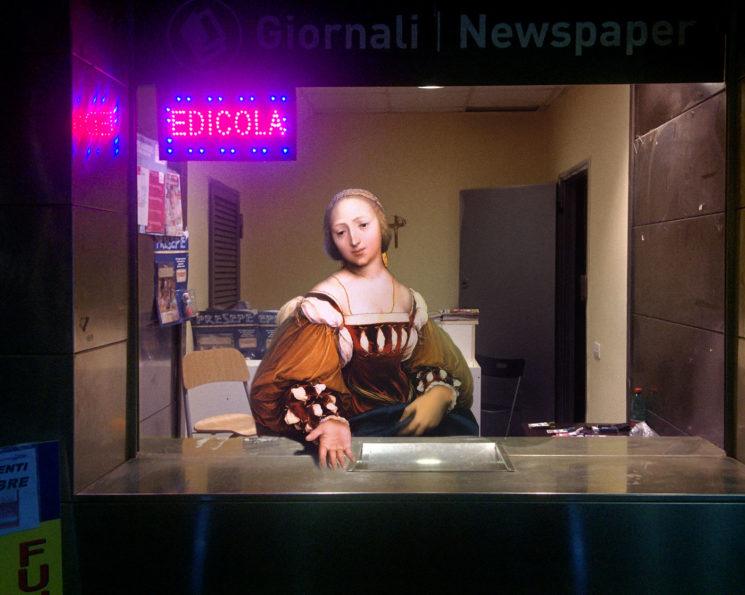 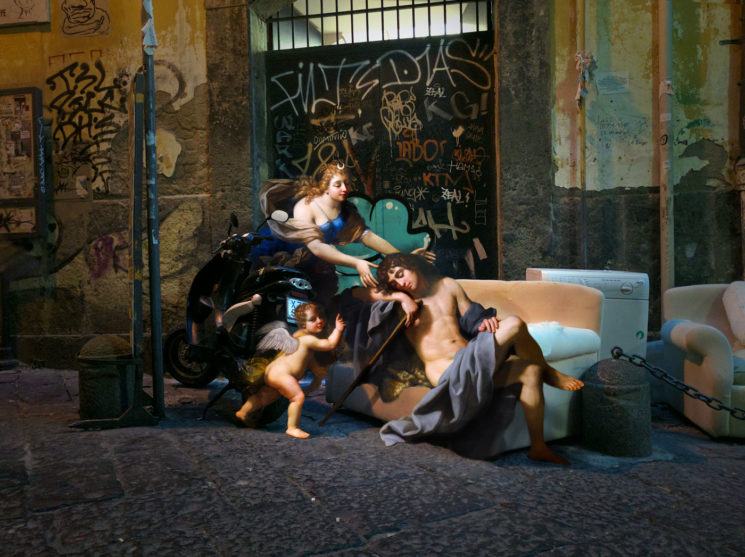 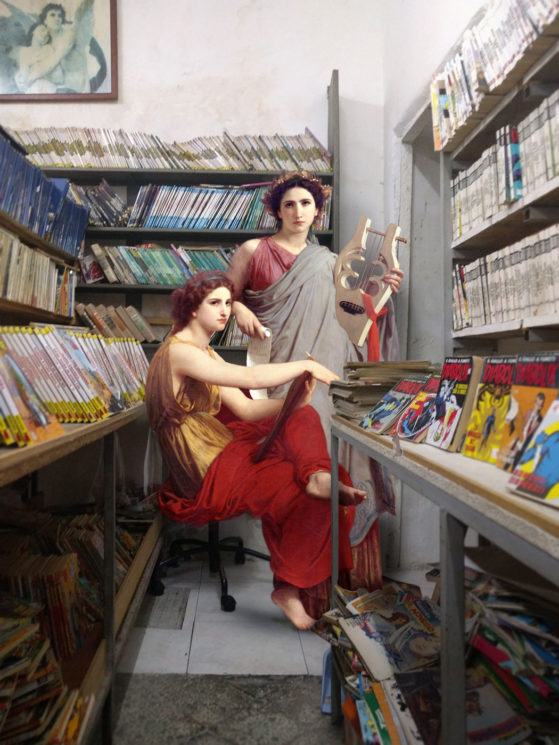 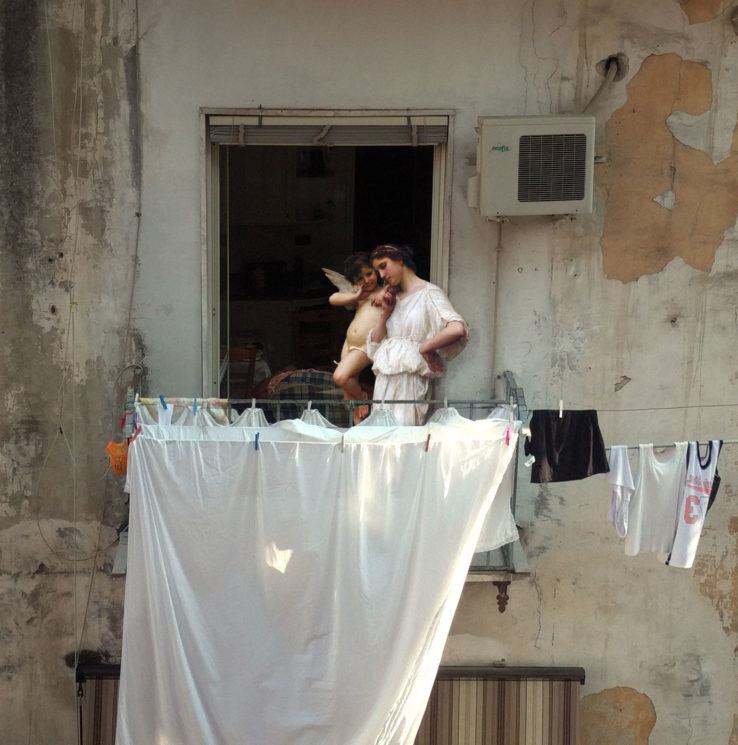 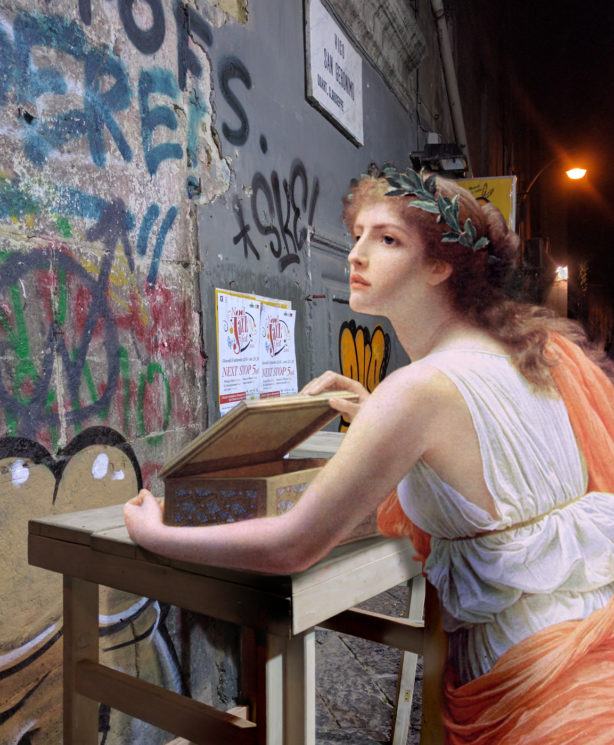 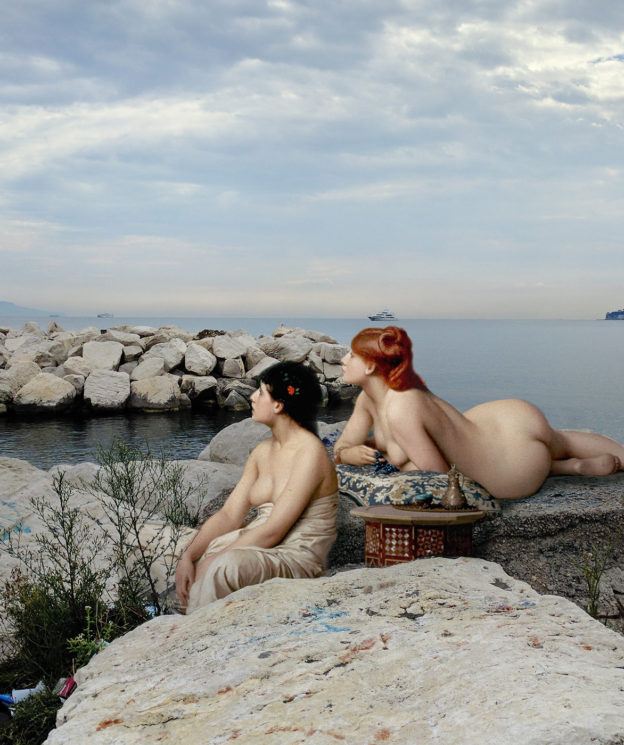 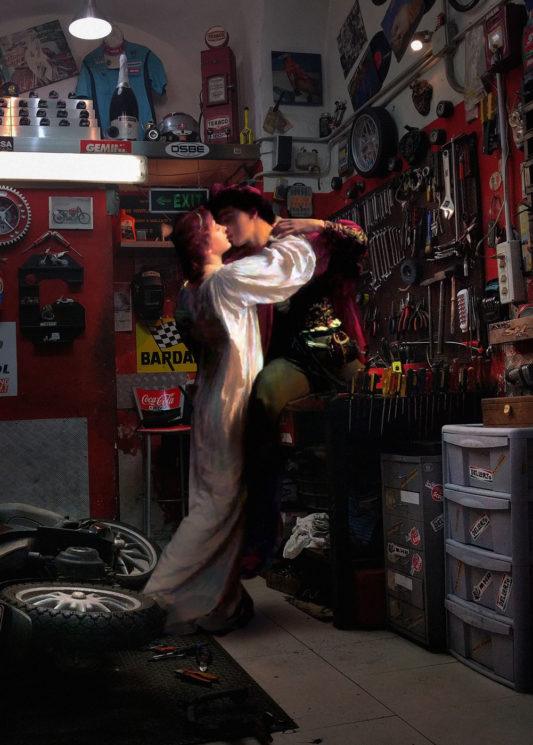 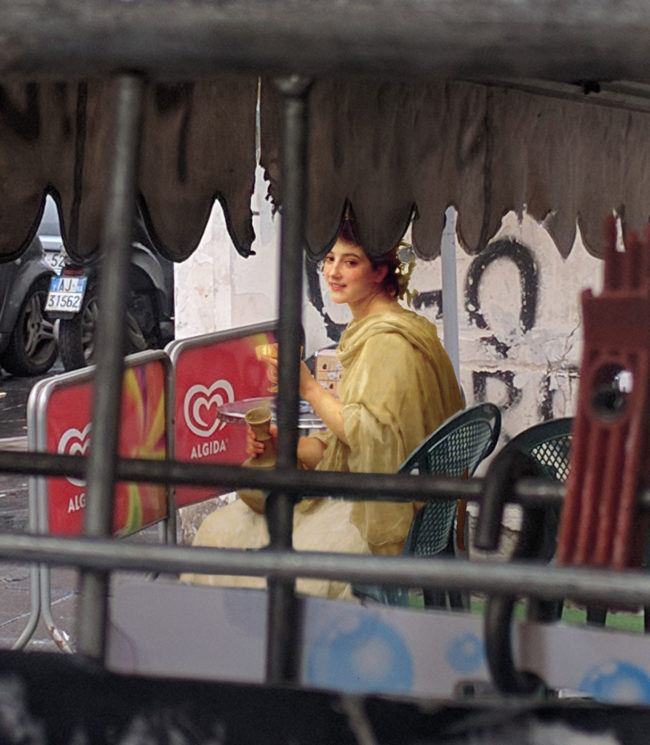 Alexey Kondakov is a Ukranian designer, art director, and artist. If you would like to see more of his work, follow him on Instagram and look him up on Facebook. To find out more about The Naples Project, visit the project’s Tumblr blog.

« Money matters: how to determine the value of your work and communicate it to your clients
Build your own DIY ceiling mounted lighting rail system for under $100 »