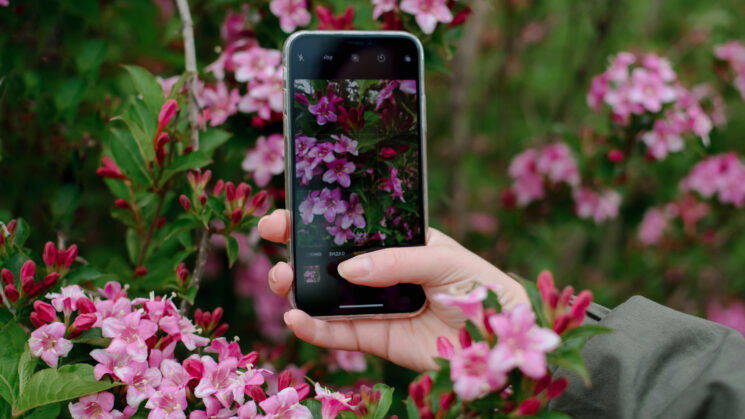 If you like photographing plants and flowers, you might also want to learn what they’re called. I sure know I can never get enough of shooting them, and I’m always curious to discover their names so I can learn something more about them.

But did you know your iPhone’s native camera can help you identify them? It’s as quick as taking a photo, and it doesn’t require any additional, third-party apps.

The feature is called Visual Look Up and it isn’t actually all that new. Apple introduced it last year along with iOS 15, and it connects your photos to Siri Knowledge. When you open a photo in the Photos app, look for the blue “i” icon underneath. If it has a little sparkly ring around it, then you can look up more information about the subject of your photo. Tap the “i” icon, click “Look Up,” and you’ll immediately get some info about the plant in your shot. And other than plants, you can use this feature for landmarks, art, pets, and other objects.

The technology is similar to Google Lens, using machine learning to identify the subject of your photo and give you more information about it. However, the differences that this feature is available straight from iPhone’s native camera. Google Pixel phones have the same feature as a DIYP reader noted, and I assume they rely on the same technology Google uses for its Google Lens app. Speaking of which, it’s one of the alternatives for Android users who’d like to identify plants with their phone. Personally, I use Seek’s iNaturalist ever since I reported about it.

Even though Visual look Up isn’t a brand new feature, Apple didn’t really brag all that much about it. I surely had no idea you could use an iPhone to identify plants and other objects, but then again, I’m not an iPhone user. Did you know about this feature? Have you tried it?