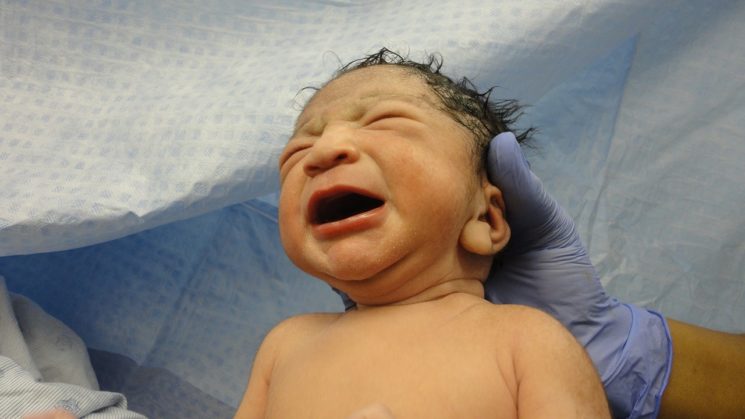 Royal Brisbane Women’s Hospital in Australia has recently caused an outrage among birth photographers. This week, the hospital has formalized its decision that no professional photographers can be present during the process of birth. The decision was met with great disapproval and even led to an online petition to change the hospital’s policy.

The hospital spokesperson told Yahoo News that professional photographers had never been allowed to be present while the baby is being delivered. Before and after the birth yes, but not during the delicate process of birth itself. They explained that complications are rare, but they can arise very quickly. This is why the medical team needs to be able to react promptly and without any distractions.

“While we make every effort to make our birthing suites as warm and homely as possible, they are clinical procedural areas. They are still highly technical areas with a range of emergency equipment on hand, so having additional people with additional equipment can potentially get in the way of the work our clinicians need to do.”

As I mentioned earlier, this decision has caused an outrage among some members of the community. A woman named Michelle Palasia decided to create an online petition to try and reverse it. At the time of writing this, the petition has collected nearly 15,000 signatures.

Palasia writes that birth photography “pieces together moments that are forgotten. Moments that are hazy. Moments that don’t make sense.” She adds that the ban will “strip families of this powerful tool and leave them with an incomplete story” and calls the decision “reprehensible.”

“This is not just a policy targeted at birth photographers. NO photography of your baby entering the world will be permitted…not by your partner, not by your Doula, not by anyone in your birth team!”

In the petition, Palasia doesn’t mention fathers. This could be omitted on purpose, because the hospital’s spokesperson confirmed that fathers are allowed in the delivery room. Not only that, but they are welcome to take as many photos as they like while their child is entering this world.

“I think if the hospital thinks it gets in the way of a healthy birth, then it should be banned. The point of giving birth is a healthy mother and healthy baby.”

I chose to cite Caro as well because I couldn’t agree more. Aside the fact that birth photography is just “too much” for me. As a woman, I’d never want a photographer to capture me during childbirth, and I would found it extremely discomforting. But that’s just me. Discomfort aside, I would definitely want the safest possible conditions for the childbirth and as few distractions as possible for the medical team. So, personally, I support this decision. What do you think?

« This is the first hands-on look at Zeiss’s new Android-powered ZX1 with built-in Lightroom
Cyclist finds lost GoPro, tracks down the owners after four years »