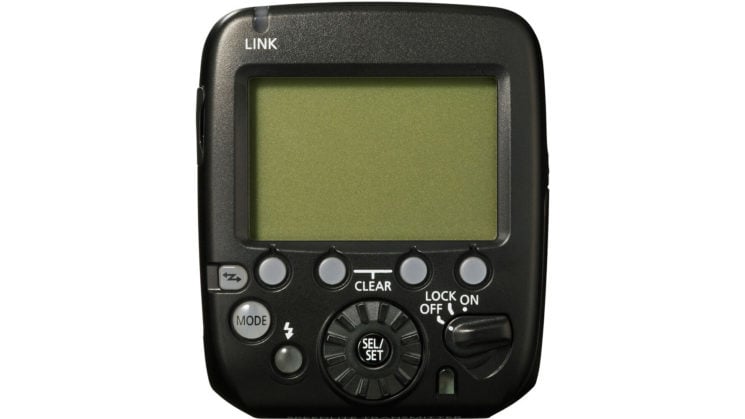 Canon has announced a new Version 2 of their ST-E3-RT trigger for controlling Canon speedlights off-camera. If you were hoping for some massive upgrade, though, you’re in for a little disappointment. According to what I can see, it basically only adds only three new features over the original ST-E3-RT released in 2012. And not for everybody.

The first is that you (finally) get to be able to shoot rear curtain sync with your wireless Canon speedlights (if your camera is 2020 or newer and not an 850D/T8i). You get a minimum power setting that now goes down to an insane 1/8192 power (but only with the new EL-1 speedlight). And you get a new FE memory feature, allowing you to lock in E-TTL flash exposure levels (with everything).

It is a pretty minimalist update to the old trigger that probably doesn’t offer much benefit to those who use the original ST-E3-RT trigger (especially if you’re using a pre-2020 camera). Those who needed features like rear curtain sync off-camera likely moved onto Godox or Profoto a long time ago. But that 1/8192 power level is pretty… interesting, but odd. So, we’ll talk about that first.

For a start, to get that 1/8192 power level, you need the Canon EL-1 speedlight (which starts shipping in a couple of days) or you’re “stuck” with the usual 1/128th minimum power. Yes, Canon’s new $1,100 speedlight is the only one it works with. I can’t see how putting a speedlight to 1/8192 power (that’s a whole 6 stops darker than 1/128th) can really be all that useful except to really tiny product photographers. That is to say, photographers of really tiny products. Not really tiny photographers of products. I can’t see how anybody else would be able to get their lights close enough to be able to make use of that low a power level. Unless you’re just using it as a basic fill for images shot at f/0.95 or something.

Owners of Canon’s speedlights that aren’t the new EL-1 do (finally) get wireless rear-curtain sync, though. Well, at least, you do if your camera was made from 2020 onwards. So, 5D Mark IV, 1DX Mark II, EOS R, nope, sorry, you’re outta luck. But if you’re shooting a newer model like the 1DX Mark III, EOS R5 or EOS R6 (but not the EOS 850D/T8i) then you can get wireless rear curtain sync.

The FE memory basically sounds like a TTL to manual exposure value function – something that competitors have been able to do for several years now – although this doesn’t require the EL-1. It works with the 600EX-RT, 600EX II-RT and 430 EX III-RT as well.

In all other respects, its essentially identical to the original. So, yeah, it’s not really that much of an upgrade. Just a refresh for those who are considering buying into the Canon speedlight system today, or for those who might need to replace a dead trigger in the future.

If you want one, though, the Canon ST-E3-RT Version 2 is available to pre-order now for $299 and is expected to start shipping on May 6th (oh yeah, there’s a bit of a wait).