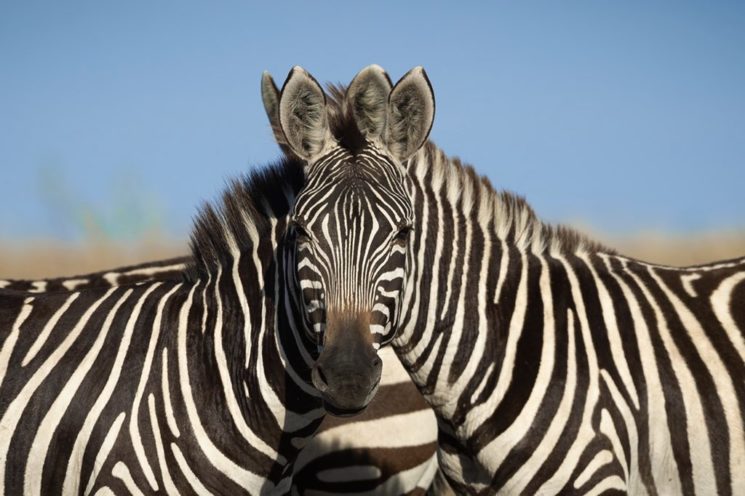 We love optical illusions, no matter if they were made with forced perspective, colors, or makeup. Indian wildlife photographer Sarosh Lodhi made one by snapping a photo at exactly the right time. He photographed two zebras, and people can’t seem to agree which one is looking at the camera. Can you guess which one is it?

Sarosh tells DIYP that he took the photo in December 2018. He was in Maasai Mara, Kenya, photographing a herd of zebras. He noticed these two coming closer to each other. At one point, they overlapped creating this optical illusion, and Sarosh just had to press the shutter.

Ever since he shared the photo on social media, it has gained a lot of traction and plenty of comments. And people can’t seem to agree which zebra is looking at the camera. Honestly, it took me a while to figure it out, while my buddy John guessed it instantly.

I won’t tell you which one it is. Take a guess and let us know what you think and if it took you as long as took me. :) And make sure to check out more of Sarosh’s work on his Instagram, Facebook, and Twitter.

« Disney’s face swapping AI is fast, accurate, and creepy as hell
This DIY Aputure MC is hands down the best light for transporting food »