Just yesterday, the team at Adobe made their latest updates for Camera Raw and DNG Converter available for Photoshop CS6 and Creative Cloud. For CS6, Camera Raw 8.4 consists of updates in camera support, bug fixes, and lens profile support. For CC, however, there’s a few new features we can look forward to.

Before diving in, keep in mind that these updates drop support for Windows XP, Windows Vista, and OSX 10.6. Considering we’re talking about operating systems that were in their prime about seven years ago, this isn’t much of a surprise. Users still running them can stick with 8.3, but I’d recommend that they start upgrading what they use. We’ve come a long way in seven years, and it’s worth it to catch up.

For CS6, users can expect the following additions to the cameras supported in the software:

Along with the added camera support, you can check out the list of new lens profiles supported on the release post, which includes models from Canon, Sony, Nikon, as well as Apple’s iPhone 5C. Other than that and the usual bug fixes, CS6’s update ends there.

CC users, on the other hand, can enjoy a number of added features along with the above:

The new before/after Preview system includes split-view and side-by-side support. Changes include UI overhauls such as the complete replacement of the Preview button in previous versions of Adobe Camera Raw. In its place are three buttons placed at the bottom right of the main dialog.

Self-explanatory; Nature and wildlife photographers have an insane amount of benefits here, especially if they take night shots.

If you’ve got one of these, then chances are you’ve got added support for color matching profiles here. Adobe has it covered with profiles including PROVIA/STANDARD, Velvia/VIVID, ASTIA/SOFT, and MONOCHROME. The X series is notably given a good amount of support here.

I only covered a few of the highlights. There’s a good amount that comes packed with 8.4, and you can check it out from the Adobe’s Lightroom Journal in more detail. 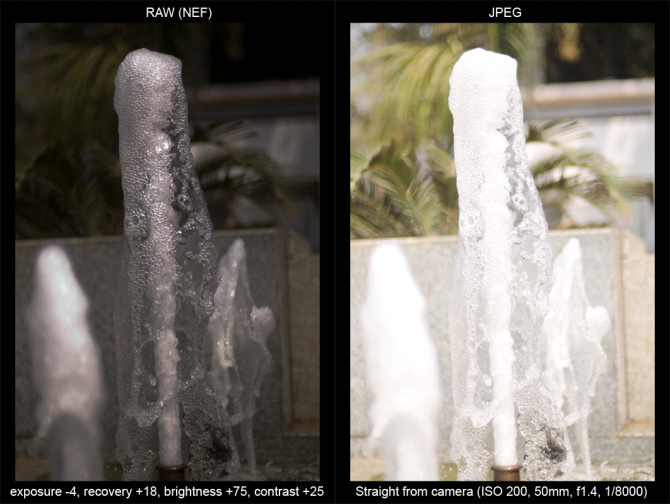 If you’re not familiar with what Camera Raw is, think of it as the negatives from a film camera. In the case of digital photography, the photos you get printed from the darkroom (or the ones you’d pick up from your local one-hour photo) are the equivalent of a JPEG. They can be high in quality like a blown out poster, or low like that small portrait you needed as a passport photo. Camera Raw format is basically the negative you print those photos from, and almost any DSLR you use put it into use. The raw files are what you use if you want the best possible quality to come out of the shots you’re processing.

For low-light photographers, this is a JPEG immigrant’s entrance into a land of opportunity. Try this software out with the raw formats of your photos and see the difference for yourself.

[via the Lightroom Journal at blogs.adobe.com]

Photoshop CS6 gets Dehaze thanks to these handy free presets