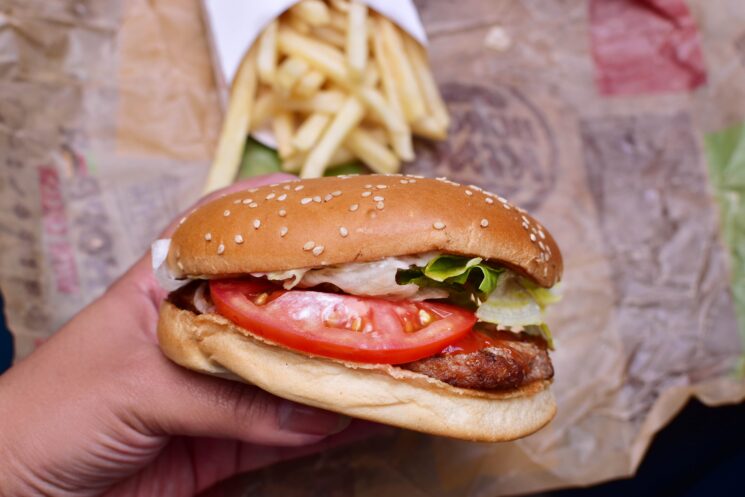 I have this theory that you have to eat fast food at least a couple of times a year just to remind yourself of how awful it really is. “Surely it’s not so bad,” you think after a few months, and the photos actually look pretty good. But we all know that the reality of those seemingly succulent burgers topped with crisp lettuce and shiny tomatoes is very different.

So it’s no surprise then that some Florida lawyers are suing Burger King in a class-action lawsuit. The lawsuit is all about the photographs of the products and that the images are misleading customers about the size of the burgers.

The lawsuit alleges that Burger King uses oversized and inaccurate pictures to advertise and illustrate all of its Whopper-branded sandwiches—including the meat-free Impossible Whopper and the new Whopper Melts—its Croissan’wich breakfast sandwiches, and its basic hamburger and cheeseburger, according to the South Florida Sun-Sentinel.

The crux of the legal filing claims that Burger King began misrepresenting the size of its burgers in 2017. The burgers that were advertised after September 2017 had increased in size by “approximately 35 per cent” and the amount of meat depicted on the sandwiches had doubled.

“Although the size of the Whopper increased materially in Burger King’s advertisements, the recipe or the amount of beef or ingredients contained in Burger King’s Whopper has never changed,” the lawsuit alleges.

They are suing for breach of contract, negligent misrepresentation, and unjust enrichment, and are seeking damages, legal fees, a jury trial and more accurate pictures of Burger King products.

This is not an isolated phenomenon, with the rise of inflation, and consequently “shrinkflation” where products are smaller than they used to be but are sold for the same price, many lower-income families are struggling to feed themselves. The lawsuit tries to address this issue by asking for large corporations to accurately depict their products. Interestingly, it only alludes to the size of the products.

In 2010, the UK Advertising Standards Agency ruled that Burger King’s Tendercrisp Chicken Sandwich TV advertisement was misleading after several complaints about the size of the product looking far larger on the screen than it did in real life. That advertisement was subsequently banned from air.

There are some rules in place about what you can and can’t do in terms of food photography when selling a product. We’ve all seen those TikTok videos of tricks where they substitute milk for white paint and use tampons to create steam, however, the reality is rather more complicated than that, at least in the USA anyway. The general rule goes that if you’re selling a food product, you have to use real food, although you can dress it up in any which way you like, as long as it isn’t misleading.

So for example, Burger King needs to show that there is lettuce in their burgers if they sell them containing lettuce. But, they can substitute the type of lettuce. You have probably noticed that most images of burgers use a frizzy looking type of lettuce that photographs well, although when you buy one of their burgers it usually contains Iceberg lettuce. Tastes ok and presumably is cheaper, but doesn’t photograph as well as the other varieties of lettuce.

There’s also nothing to say that you can’t prop up parts of the burger with sponges, cocktail sticks or cardboard if those items are out of sight. Anyone who has photographed a burger knows just how difficult it is to make it look good. Similarly, the meat is often barely cooked and just painted with colouring to retain the juicy plump appearance. All well and good, until you are expecting to sit down to eat and receive something far less tasty looking.

In recent years there has been a move towards more ‘real’ food photography, where everything is edible. I believe that this is a move in the right direction away from the plastic-looking commercial images we have grown used to. There is an unbelievable amount of food wasted in many food shoots which in a world where people are struggling to feed their children just seems wrong. Particularly if it’s all done in search of the ‘perfect’ tomato so that a multinational corporation can just earn more money.

I’m watching how this plays out with mild interest. Perhaps it will stimulate a change of concept with how the large food corporations advertise their products. Perhaps we will see them telling fewer ‘whoppers’ about their food in future. Despite what anyone may tell you, it seems that size doe matter after all.

[Via Food and Wine]

New Study Highlights Just How Misleading One Profile Picture Can Be