A while back Haje Jan Kamps kickstarted TriggerTrap – an open-source magic camera trigger box. This box has evolved into TrigerTrap Mobile, a similar device that relies on the smarts of a smartphone rather than of a box.

When Lorenz Bee asked me if I wanted to post a DIY version of the dongle, I asked Haje. He was totally cool about it and gave his blessing. I think it may be a cool project to experiment and understand how camera triggers work, better that reviving an old mouse anyways. 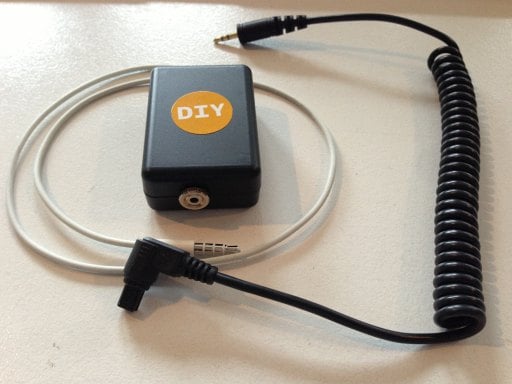 If you just want a cool trigger for you camera that uses a smarphone and don’t really care about soldering, just grab the dongle here, and the app here (iOs, Android). Otherwise, if you are doing the solder thing, just get the app.

If you have some basic soldering know-how making a homemade dongle should be pretty easy.

The whole thing should then be soldered together as per the below diagram. The circuit is designed for all Canon cameras which have a socket for a wired remote control. 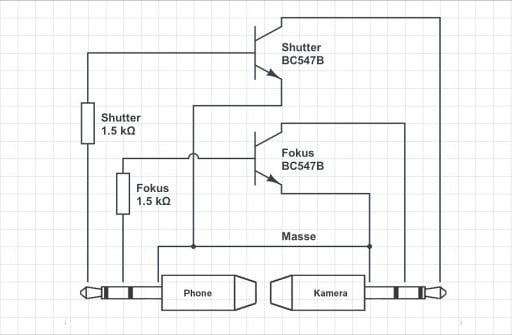 For testing, do all the soldering bits and test if it works. (In my version, I use a 2.5 mm jack, because I use a special plug for my 5DMKII and can using the 2.5mm plug, I can also trigger from my radio triggers).

After a few minutes of soldering you should have something like this. 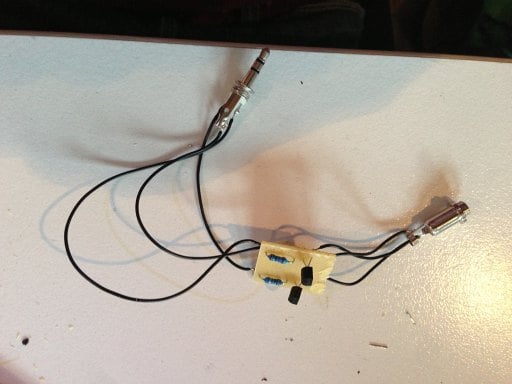 Check it against the Trigger Trap app, and it should work. (I tested it with the TT for iPhone). If it does not work, go over your soldering. If it works, place it in the housing.

I had one of the cables too short, so without further ado, I took my old iPhone headphones and separated the heads from the cable. Now I had a beautiful white cable to go with the box. Of course, you could so that with any other 3.5mm jack cable.

I drilled two holes In the case, one for the jack that goes in the camera and one for the cable that goes to the phone. I fixed the circuit board inside the housing with a small drop of hot glue and was done.

If you think this is awesome / don’t want to mess with soldering and electronics, go check the original stuff:

« Slo-mo Footage Of AK-47 Shooting Underwater
Considering A Group Buying Deal? You Might As Well Be Working For Free »