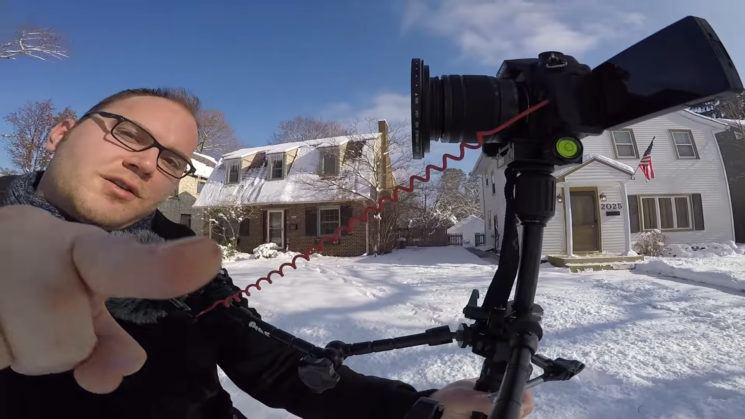 Vlogging has seen a massive boom over the last couple of years. But, there still aren’t really any perfect options out there when it comes to the gear used and how to set it up. Everything seems to have a compromise. You get touch screen, but no 4K. 4K but no touch screen. Or you get both, but the AF can’t keep up. Or you get everything you want, but you can’t see the camera’s LCD and have no idea how your framing is.

There’s all kinds of different workarounds out there to make life a little easier. Some options, though, aren’t quite as versatile as others. Switching from a mounted camera to handheld (or vice versa) can be a pain. In this video from DSLR Video Shooter, Caleb Pike shows us how to build out own vlogging rig that can be easily adapted to almost any setup.

The setup all starts with the Oben TT-300 table top tripod, or the less expensive Neewer clone. Or you could use the Manfrotto Pixie if you’re not putting a huge load on it. They’re all small that can easily be used as either a handle for handholding, or as a desktop tripod with the legs spread.  Very handy if you’re bouncing between moving and static shots. Then it’s just a case of hooking up a magic arm, and maybe a phone holder and you’re good to go.

The great thing about the rig Caleb suggests is that it’s easy to adapt to pretty much any camera system. If you have a flip out (or up) LCD on your camera, you can use the magic arm to hold a microphone. 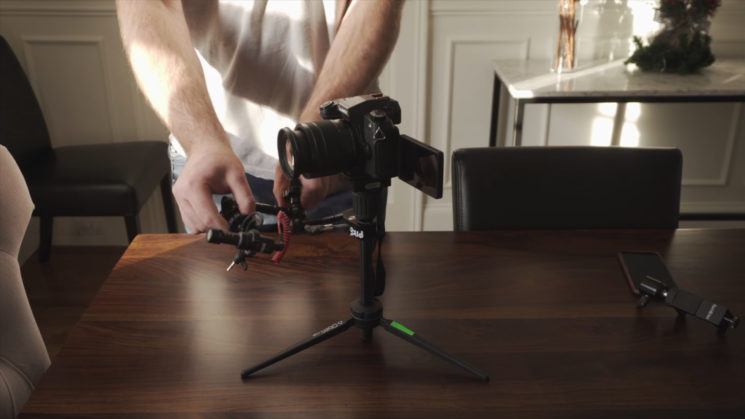 If you don’t have a flippy out screen, you can mount your camera to the magic arm and use a phone holder on top of the tripod to give you a live view stream. Even if your camera doesn’t have built in Wi-Fi, you can always use an OTG cable and qDslrDashboard to stream liveview to your phone with many Nikon and Canon DSLRs. 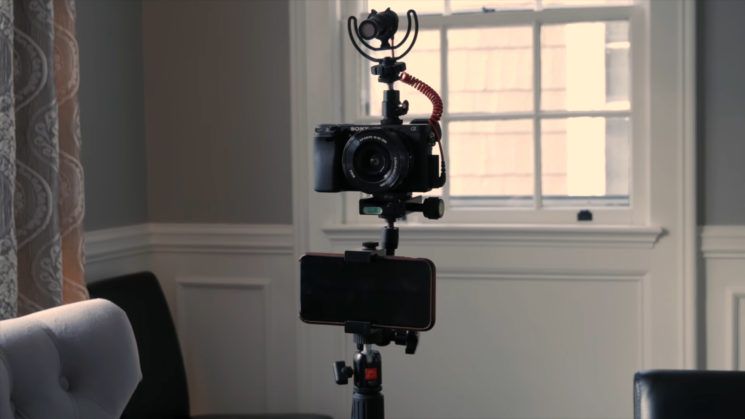 This setup also allows you to quickly and easily get small overhead shots. Just remove the phone from the tripod, mount your microphone on pointed towards you. Then you can handhold your phone to easily see what the camera sees, and talk to the microphone. 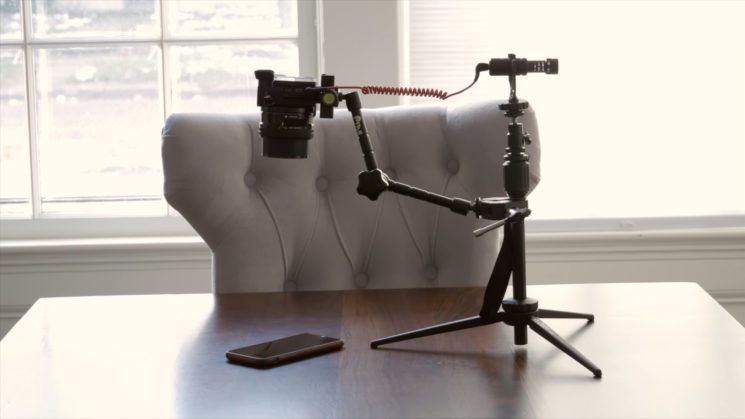 Another option, if you don’t want to bother with the magic arm is to have your camera mounted on the tripod, then use a double cold shoe adapter that lets you add both your phone and microphone on top of the camera. This is the route I usually go for this kinds of thing, because it makes things just a little more compact.

What’s your vlogging setup? Do you just go bare and hold the camera with your hand, no addons necessary? Do you do it Casey Neistat style with a flip out LCD, hot shoe mounted microphone, and a gorillapod? Or have you made your own custom vlogging rig? Let us know and show off your rigs in the comments.

« The Relonch camera has only one setting and an integrated photo editing service for $99 a month
Don’t Choose A Unique Style: Finding Your Voice in a Noisy Room »