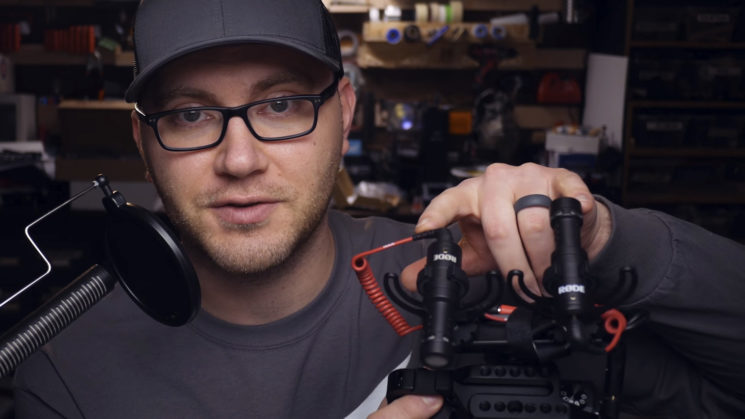 Vlogging is a whole lot of fun, but it can be difficult, especially if you’re out with other people. If you want to capture them on camera, or just record the scene in front of you, then capturing audio of yourself becomes tricky. You either just have to deal with being behind the microphone and hope it gets it, pull the microphone off the flash shoe and rotate it 180°, or just record a voiceover at another time. None of these is ideal.

Caleb Pike over at DSLR Video Shooter, though, might have come up with the ideal solution, using a pair of Rode VideoMicro microphones and a short adapter cable. As well as allowing you to record audio both in front of and behind the camera simultaneously, it records them straight to your camera using two separate channels for maximum flexibility in post.

Caleb’s setup is pretty simple. Using a dual hotshoe bracket, he’s able to mount two Rode VideoMicro microphones on top of his camera. One points forward and the other points backwards. The two cables from these are then fed into a splitter cable which puts one microphone on the left channel and the other on the right. This then is plugged into the camera. 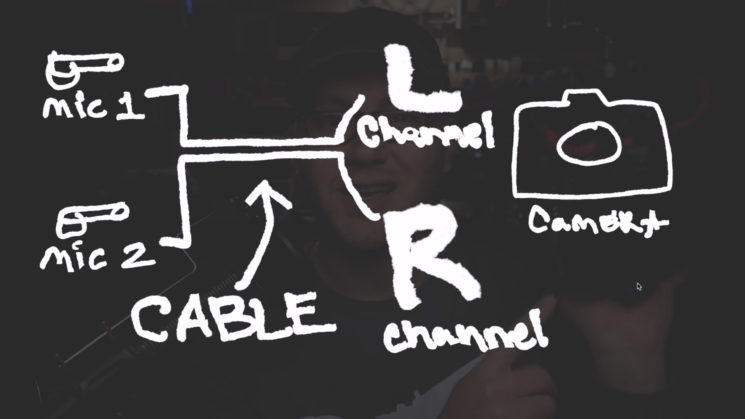 Caleb also goes through some of the post work for this in Final Cut Pro to facilitate this audio mixing. The process is just as straightforward using Premiere Pro, too, either with or without Adobe Audition. 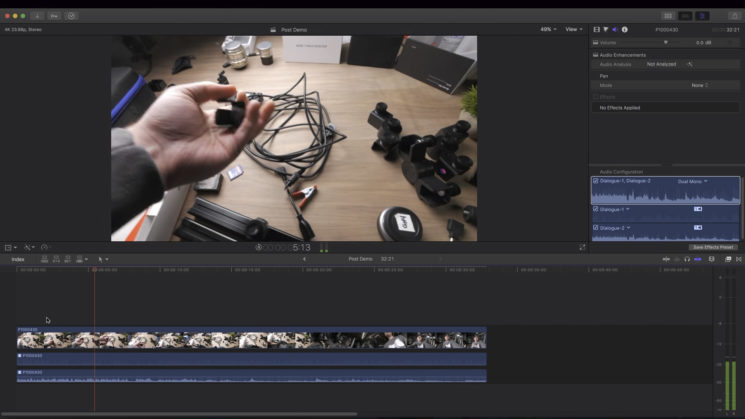 Rode are arguably the leader when it comes to vlogging microphones. There are a couple of other brand options out there. Saramonic, for example, makes some pretty neat options. But Rode is the standard by which everybody else is judged. As far as I know, though, they don’t produce anything like this in a single all-in-one unit. After watching Caleb’s video, a dual microphone solution seems quite obvious. So let’s hope Rode take some inspiration in his idea one day.

When I’m vlogging and I know I need to point the camera away from me and still get decent audio, I typically just use a lav mic going into a recorder in my pocket. But that’s a pain for a simple vlog. If Rode did start to produce an on-camera dual microphone like this which fit in a single hotshoe, I’d be first in line to pick one up. Not having to sync up a bunch of clips in post to hear myself regardless of which way the camera’s pointing would save a whole lot of time over using a lav & separate recorder.

Build your own custom vlogging rig to fit any camera setup

« This is what the A7III looks like from a photographer perspective
The “Kodachrome” trailer is here, telling one last story of this iconic film »