If you were sent to one of the most beautiful cities in the world to shoot a time lapse what will you choose to shoot? 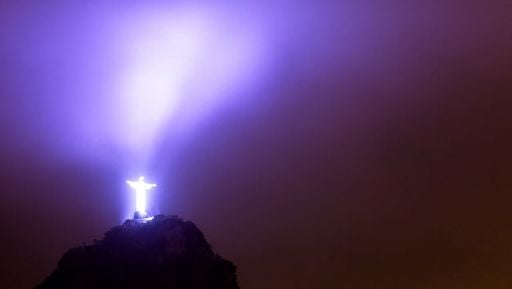 Joe Capra of Scientifantastic was sent to Rio De Janeiro to shoot 4K and 10K time lapses and chose every little piece of beauty of the city. He used the “usual” Canon 5Dmk2 and mk3 but in addition he also used a Phase One IQ180 back. As usual, sit back, go to full screen and push the volume to the max.

“I was lucky enough to be sent to Rio on assignment to shoot some 4K and 10K timelapse footage for a major electronics manufacturer. This video is a compilation of some of the footage I shot there. Most of the locations are within the city of Rio De Janeiro, but I also traveled to the famous Iguazú Falls on the border of the Brazilian state of Paraná and the Argentinian province of Misiones. In 2011 Iguazú Falls was announced as one of the seven winners of the New Seven Wonders of Nature by the New Seven Wonders of the World Foundation.”

This Beautiful Hyper Lapse Of Barcelona Is Pure City Love (And 24,000 Photographs)

Amazônia Manauara Is A Beautiful Time Lapse Of Manaus / Amazon

« Challenge: Tilt-Shift – SOOC Or Shopped?
Want To Get Your Subjects Comfortable In A Shoot? Get Them In A Shower »