Yes, we’re bringing up back button focus. This is one of those things that regularly seems to split the camera owning public. One side swears by it, the other side can’t stand it or just doesn’t see the point. But, like many things in photography, it’s just another way of doing something. In this case, focusing your lens.

In this video, photographer Pierre Lambert looks at what back button focus is, and when it might be beneficial to use it. He also looks at when it may be more beneficial to do things the old fashioned way with a half press of the shutter.

So, what is back button focusing? Well, it’s like it sounds. You’re using a button on the back of your camera to focus instead of a half press of the shutter. It disconnects the autofocus from your shutter completely. Using back button focus by default can offer a number of advantages depending on your shoot workflow, but it isn’t always the best solution for everybody.

If you’re regularly shooting products, for example, and have the camera locked off on a tripod, for shooting timelapse or any other time you don’t want the focus to change, back button focus can be fantastic. You just hit the button, it focuses, and then you don’t have to worry about it shifting between shots. It’s a lot less hassle than flicking between autofocus and manual focus.

If you find that you’re often shooting fast moving subjects, though, then you might want to keep it on the shutter button. Otherwise, you could miss the shot entirely as your subject drifts through the plane of focus. Or you have to contort your hand to autofocus and shoot at the same time – compromising the steadiness of your grip on the camera.

Personally, I’ve given back button focus a serious try on a number of occasions, and it just doesn’t really offer me any benefit over the half press of the shutter for what I shoot and how I shoot it. But, I’ve always shot Nikon as my main system, and most of those bodies have both an AF and an AF-Lock button on the back (even my old film bodies). 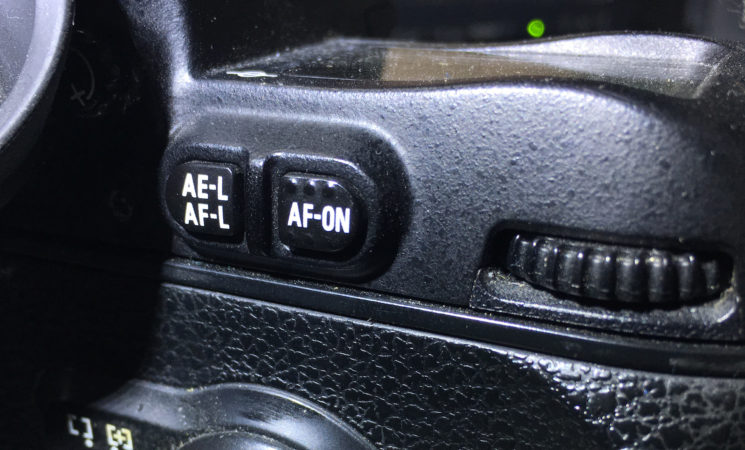 I tend to want autofocus more often than I don’t, and when I don’t I can just hit the AF-L to stop it looking and just take a shot (essentially the same effect as using BBF). And several of my lenses, like the Nikon 70-200mm f/2.8VR, have AF Lock buttons on the lens itself if I want to shoot without having the camera autofocus. So, BBF’s mostly been a redundant technique for my needs.

But for you and your needs, back button focusing might just prove to be advantageous.

Whether you love it or hate it, or maybe you’ll just use it for specific things, it’s worth giving it a try. It might help, it might not, but what does it cost you other than a little of your time?

Manual vs Auto vs Back Button focus – Which should you use for landscapes?

Focus: Why I choose Servo focus over Single