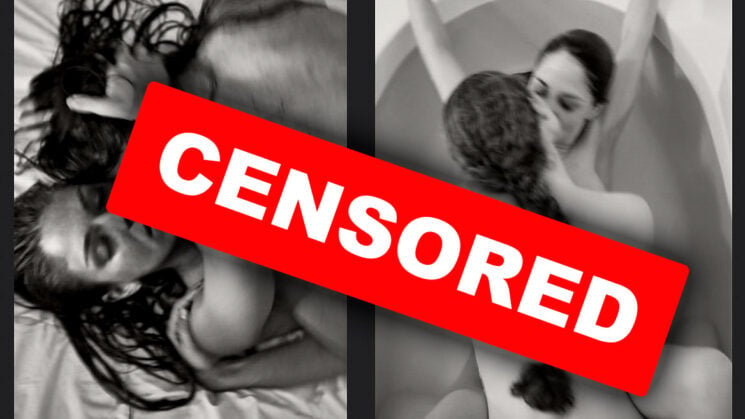 An internationally acclaimed photographer has told of her frustration and disappointment after a Barcelona art museum censored her prestigious concurrent exhibition with images by Helmut Newton. The censorship occurred without warning. The first that photographer Renée Jacobs knew about it was on the opening night when more than half the images had been removed for reasons of what she describes as discrimination and misogyny.

Renee Jacobs is a multi-award-winning photographer and has received accolades for her body of work in depicting the female form. Her book Polaroids has recently won first prize in the International Photography Awards for Book/Fine Art. So it was no surprise then when the FotoNostrum Gallery invited her to show her work in a joint exhibition alongside Helmut Newton called “seeingWOMEN”.

As Jacobs tells it, right before the opening, images that had been agreed upon and sent to the press were then removed by the gallery without her knowledge or permission. When asked, the gallery responded by telling her that “some images that were not subtle have been withdrawn”, and that some of the images were “too explicitly lesbian.”

The censored images are from the book “Renée Jacobs’ PARIS” and have already been published in countless mainstream magazines over the years. 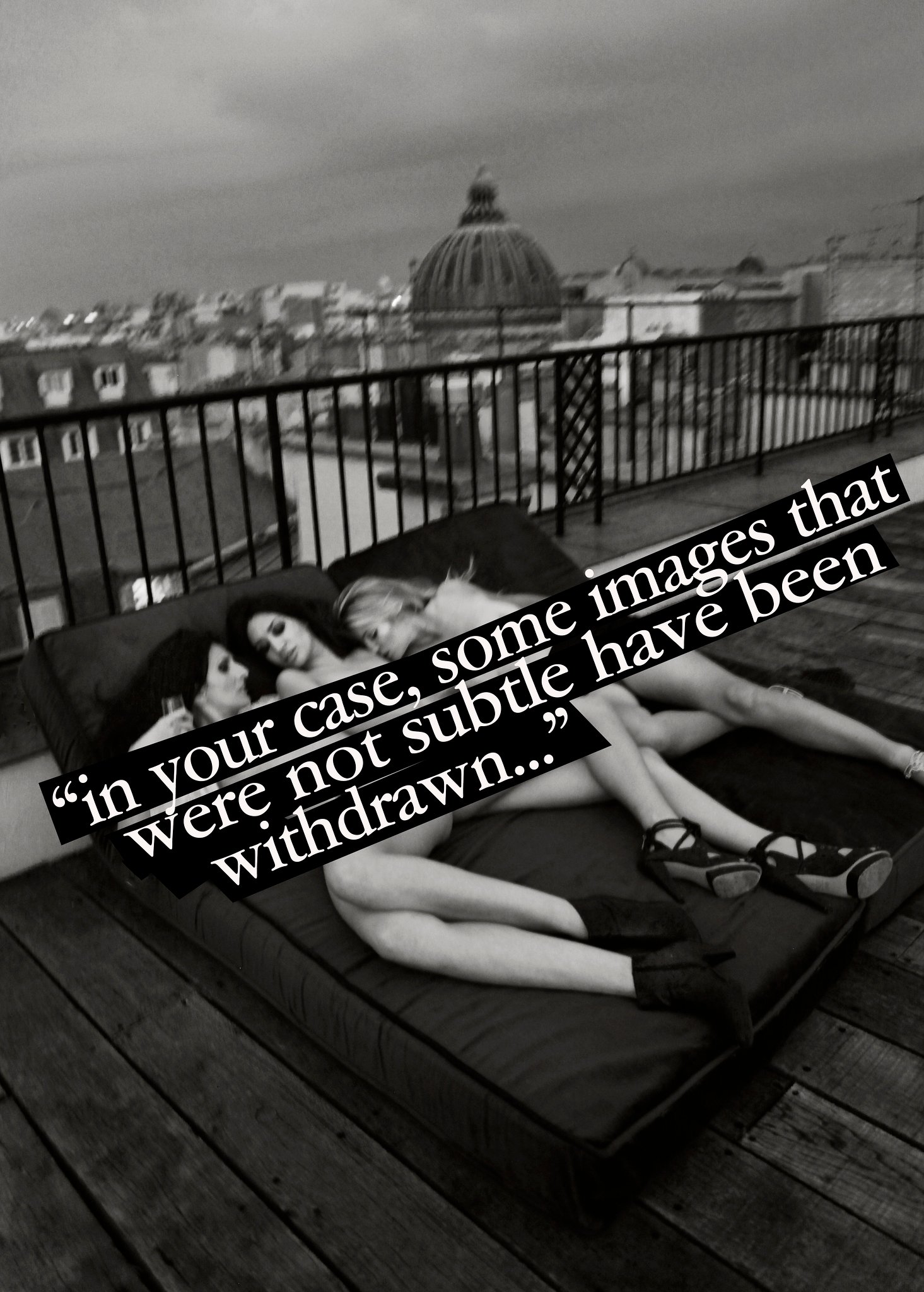 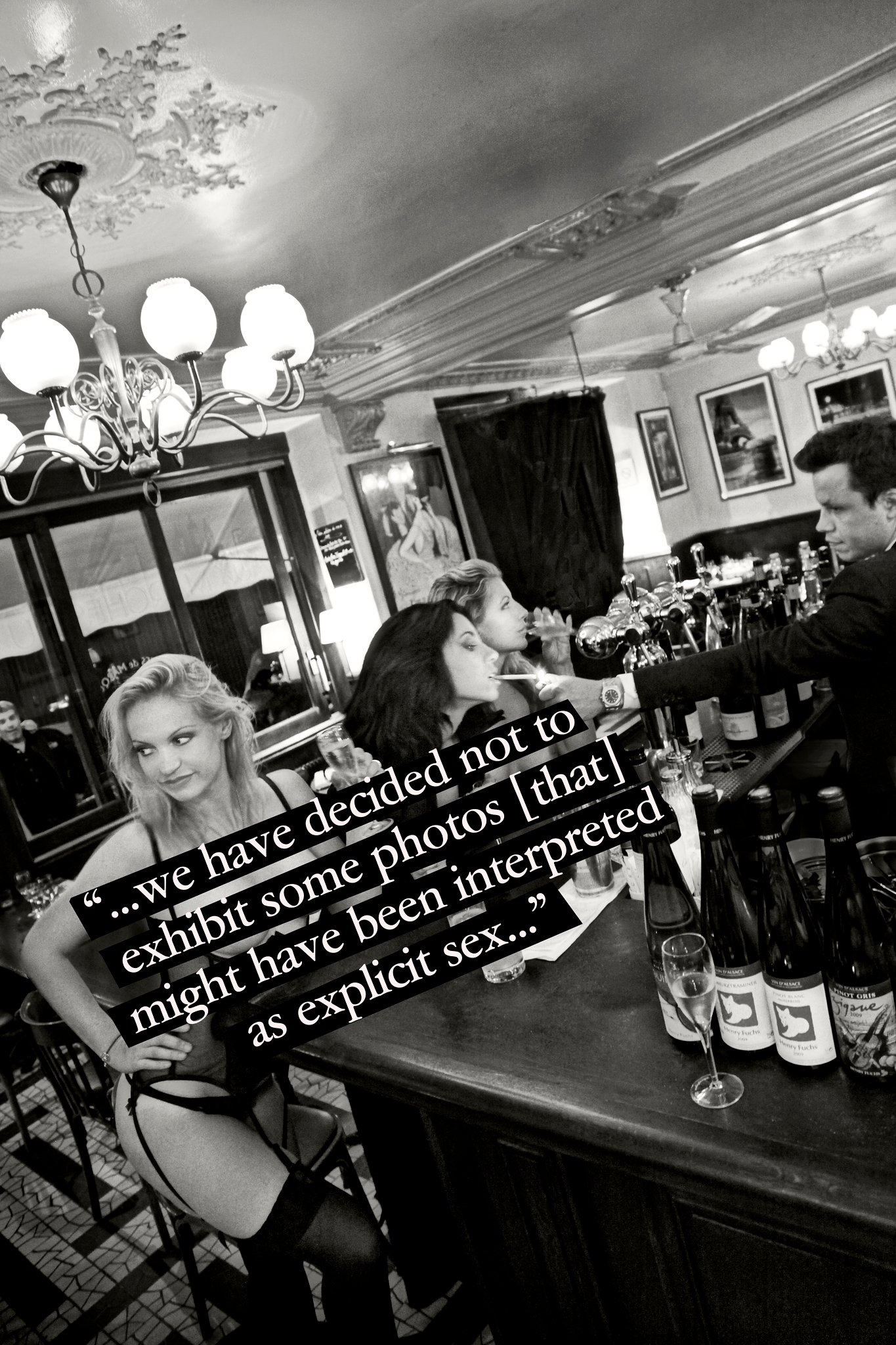 Jacobs is not secretive about her sexuality and never has been. However, looking at her work, you could argue that much of it is about female sexuality in general. Make no mistake, this is indeed a story of censorship of women.

“I was disappointed that the number of images had been cut in more than half,” Renée tells DIYP, “but I was really stunned to see that all but one of the images reflecting same-sex desire had been removed.” Renée says that she wrote to the gallery saying:

“Based on our original image selection and the concept of my images playing off of Newton’s, I have several major news articles coming out promoting the exhibition that features important images that are not included in your new selection. Not only are these images critical to the articles which specifically note Newton’s influence as well as visually playing off “Private Property”, but they’re very important in representing my work generally.”

Later after she noted the censorship on social media the gallery responded by telling Jacobs “I would recommend you to re-think if you’re behaving as a photographer or as a partisan of the lesbian movement.”

Newton, of course, was a world-renowned photographer whose work includes a number of images of nude women, some of which do veer into more explicit territory, including what could be perceived as same-sex erotica. His depictions of naked women are apparently just fine to be seen because he was a straight white male. The male gaze will always be acceptable and in fashion, it seems.

“There is no question that my work was not any more explicit than what was exhibited from Newton’s work,” continues Jacobs. “We selected the images originally with that tonality in mind.”

“Men are never asked to separate the two [photographer or sexuality],” says Jacobs, “it’s other-planetary to think anyone would ever tell a straight man that he had to choose between being a straight man or a photographer.”

It is this duality that many ‘minority’ artists are taking exception to. One artist I know was told that she couldn’t be both a mother and a serious artist. She, of course, has since proved that wrong. It seems then that if you belong to a minority group and your experiences are included in your art, you cannot be taken seriously.

In a wonderful twist, perhaps the best revenge is that the censorship has ultimately resulted in a new exhibition up the road at the Museu de l’Eròtica. The new exhibition will feature all of Renée’s previously censored images and will include even more that have not been publicly shown before.

Twisting the knife further, the title of the exhibition is Renée Jacobs – Partisan of the Lesbian Movement, conceived by none other than the original slight by the previous gallery.

“It’s a really important time to have diversity and inclusion in who curates art,” says Jacobs, “particularly when it comes to depictions of women, it’s well past time that we’re given a voice in that discussion.”

Jacobs sums everything up by adding that she feels that the concept of the male versus female gaze has become too reductive in today’s age. “The closer we come in turning the gaze into a mirror of the woman in the photo and representing how she sees herself, the more interesting photography becomes,” she says.

The exhibition will be on view at the Museu de l’Eròtica, Barcelona from October 21, 2022 until April 1, 2023. You can follow Renée on Instagram or see more of her work on her website.

« Bull elk caught on camera as it charges at photographer in a Colorado park
The best switcher / streamer: YoloBox Pro vs Feelworld L2 vs ATEM mini »