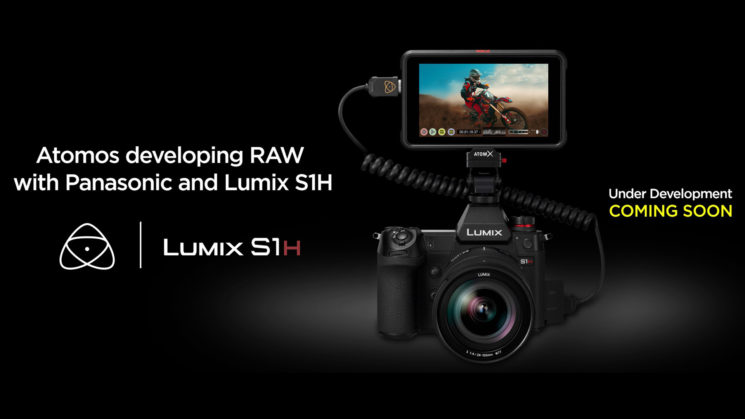 Atomos has announced that they are working with Panasonic to co-develop Raw over HDMI for the recently announced Panasonic S1H mirrorless camera. Naturally, the device they plan to record to is the Atomos Ninja V 4K HDR monitor/recorder. Atomos says that this will be a free update for the Ninja V when released by Panasonic.

We are very proud of continuing to develop new ground-breaking technology with a company of the caliber of Panasonic. We are both highly committed to the democratisation of filmmaking for creators, and the ability to transmit RAW over HDMI from the S1H to a Ninja V is a major leap forward in this endeavour

Atomos has also worked with Nikon to support ProRes Raw recording to the Ninja V with the Z7 and Z6 mirrorless cameras, going so far as to have a Nikon Filmmaker’s Kit bundled with the Z6 and Ninja V. Although, now it turns out that the firmware people had been promised since the beginning of the year is now going to be a paid upgrade from Nikon.

Panasonic has had paid firmware updates for some of its other cameras in the past, including the Panasonic S1. Atomos says that the update will be free for the Ninja V, but that doesn’t necessarily mean that Panasonic’s end of the deal also requires them to release a firmware update for the S1H without requiring a payment.

Exactly when the firmware will be released is unclear, although the Panasonic S1H will be shown working with the Ninja V at IBC in a couple of weeks, so we’ll be sure to check it out and see what we can find out.