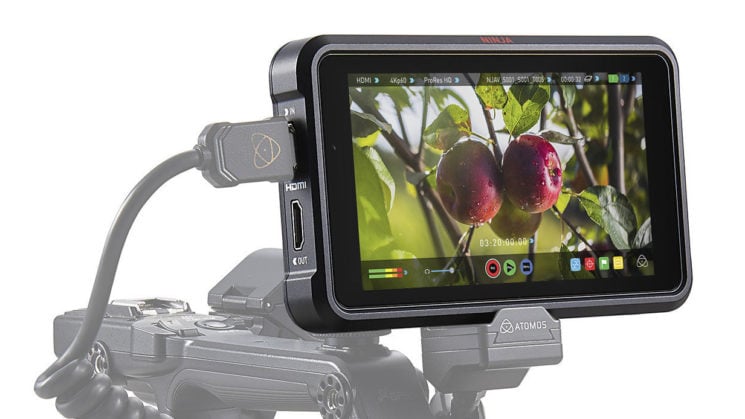 Atomos has released a new version of AtomOS for the Ninja V monitor recorder. The new AtomOS 10.3 comes with frame guides for social media, a 9 grid overlay, a legalised HDMI input, IRE scale for false colour, Anamorphic 1.25x and 1.8x desqueeze and rolling filenames (even after formatting).

The new social media frame guides, designed for Facebook, Twitter and Instagram videos adds 1:1 and 1.99:1.1 while portrait Instagram mode brings 4:5 for your regular feed and 9:16 for Stories/IGTV – as well as other platforms that make use of vertical video. The video feed broadcast legalisation is user selectable on/off and allows you to use full range 0-255 (for 8-Bit) or 0-1023 (for 10-Bit) HDMI inputs, which are then mapped to 16-235 and 64-940 respectively before recording for wider flexibility with non-linear editing systems.

The new update also fixes some issues with the RAW feed coming in from the Nikon Z6 and improves the reliability of the AtomoX SDI module.

« Affinity Photo is free for three months to help cure your isolation boredom
Kenny Rogers was more than a singer, he was also an amazing photographer »