Fan films are hard to produce, especially if they are on a high standard and even more so if they are using zero budget. We have seen a cool Game Of Thrones fan movie two years ago, and now the anticipated game Mirror’s Edge gets a fan treatment from Paul Hillier.

Mirror’s Edge is a futuristic game that raised a lot of interest when it was released in 2007 and got a fresh reboot coming on may 2016. The game is about a dystopian society where Runners (or Curriers) deliver messages while avoiding the government. The 2:45 movie focuses around Faith, who is a one such Runner.

The movie stays very true to the spirit of the game and is showing some of the signature moves Faith has like the bounce of the wall punch and the punch while running. 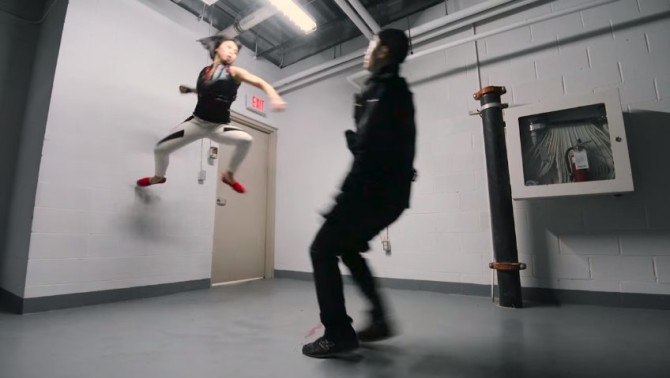 Paul Hillier’s take on the bounce of the wall punch

We sat down with Paul Hillier to ask him some question about the production of this Epic short.

DIYP: I guess the first thing our readers would wonder about is your inspiration. Why make a Mirror’s Edge fan movie?

PH: I had been trying to put together a couple video projects for a while. I was in contact with Mandy through a parkour gym that i go to every once in a while to do some of the stunt work in one of those ideas.
Unfortunately that project got delayed but I didn’t want to loose the momentum and asked Mandy if she wanted to work on something else small and fun. She was keen and asked if whatever it was, could she be like faith from mirror’s edge, That was it. I went home, Did some research, loved everything I saw. Hammered out an outline and was like this! doyawanna do this!?
She was keen.

DIYP: I was also wondering about pre-production. Can you share with our readers what it takes to produce a movie at that scale, especially when no big bodies are standing behind it.

PH: The short answer is I knew everyone I really needed through various photography related communities and made contact with really stand up people who were also a lot of fun to work with. There was absolutely no budget at all. everyone pretty much donated their time for the opportunity to work one something fun. So in effect my biggest job was to give everyone something really fun to work on.

After writing the outline, I made a list of all the things I thought I needed and just started to check it off. The first two people I contacted were Mandy and Stephen the two action leads.

DIYP: What lighting did you plan?

PH: Basically I used nothing but ambient light in an attempt to keep the shooting dates fast so that we can cram as much into the day as possible. It worked as we were able to shoot everything in one day with 1 day of pick up shots. 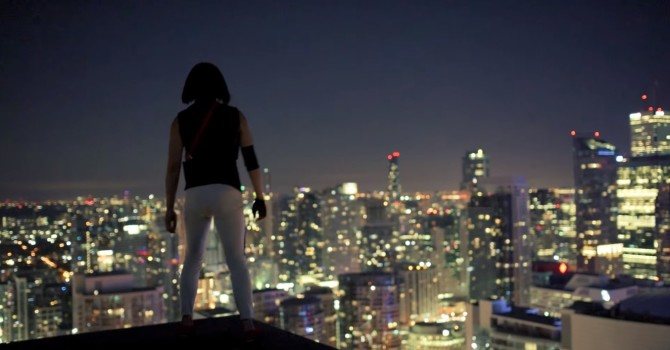 DIYP: what gear you used and why?

PH: The following is a list of the fun toys that I used. The only thing that i bought specifically for the project was the DJI Ronin M gimbal

DIYP: How did you tackle the voices and sound design?

PH: This and audio was kind of the white elephant in the room. I have little to no experience with audio and had almost hoped that I could make a silent film with just some cool music. After a couple of days of editing It became clear really clear that I had to dive deep and put the word out that I needed a female voice for faith. When Lovina answered. I quickly scribbled some words down on some loose paper bought a USB mike and had our first recording session. It went so well that she came in a second time and brought some other voice over friends (Steve and Tyler) who helped fill in more of the holes.

DIYP: Lastly, I was wondering about the fighting shots. they look utterly real. I saw on the BTS that you practiced, but would love to expand on that. 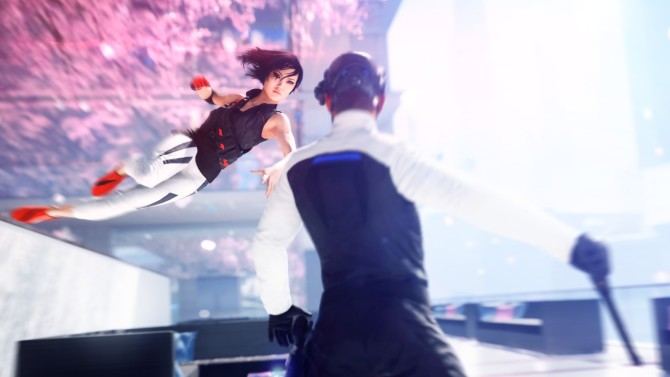 PH: The action scenes were really important to me. The first people on the team team were Mandy and Stephen both of whom are amazing parkour artist but didn’t have much of a fighting background. I did, well in the traditional martial arts sense so that challenge was trying to choreograph and explain my ideas utilizing their skill sets.

A particularly difficult part was the scene where faith comes flying out of screen right and collides with the security guard in the center of the frame, knocking them out of frame screen left.That security guard was actually me and I had a hard time convincing Mandy that she could actually make contact and that I wouldn’t break when she did.

On the other hand, Mandy and Stephen were so comfortable waking on the edge of the buildings that it actually made me a little nervous

DIYP: thanks  Paul, where can we see more of your work?

« Custom SLR Dual Camera Strap Makes it Easy To carry Two Cameras At Once
This BTS video is a zoo: Photographing 12,000 species for National Geographic is no easy task »