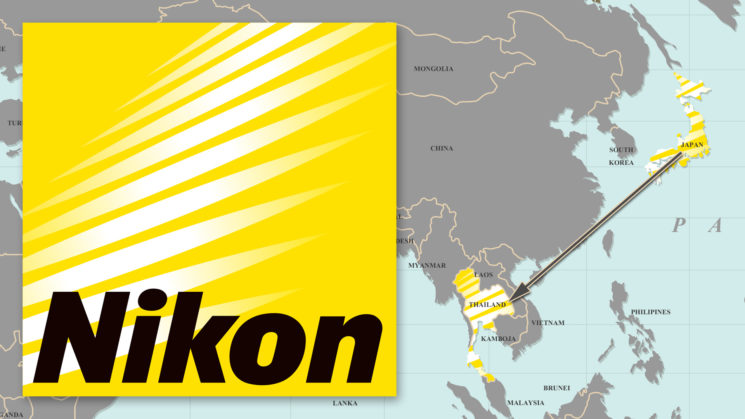 AERAdot Asahi reports that Nikon is ending the production of camera bodies in Japan where it has been building cameras for over 70 years. Camera production at the Sendai Nikon plant in the Miyagi Prefecture in Japan will be transitioned to the Nikon Thailand NTC plant. The move is said to be being made in order to save costs.

Word of the struggling company’s impending transfer is not new, but now we have a timescale.  The report says that Nikon Z6 & Z7 production was completed in September 2020, shortly before the announcement of the Nikon Z6 II and Z7 II. In October, preparations for the transition of camera production from the Japan factory to the Thailand factory began.

The Senai Nikon plant was founded in 1971 and has been producing cameras since the introduction of the Nikon EM, released in 1979. It was initially dubbed “Little Nikon” and gradually shifted production towards higher-end models, including today’s flagship Nikon D6 DSLR. At the moment the Nikon D6 is still reportedly being manufactured at Sendai Nikon, but will also transfer to Thailand by the end of 2021.

Despite no longer making cameras, the Sendai plant is not closing down and Nikon will apparently be using it to produce “high-performance and high-precision parts required for video products”. Essentially, producing components that will be required by the production plant in Thailand for assembly. They say it will also become a “start-up factory” for new business ventures in Nikon’s future.

Antelope Canyon is ending its photo tours – No more from 2020