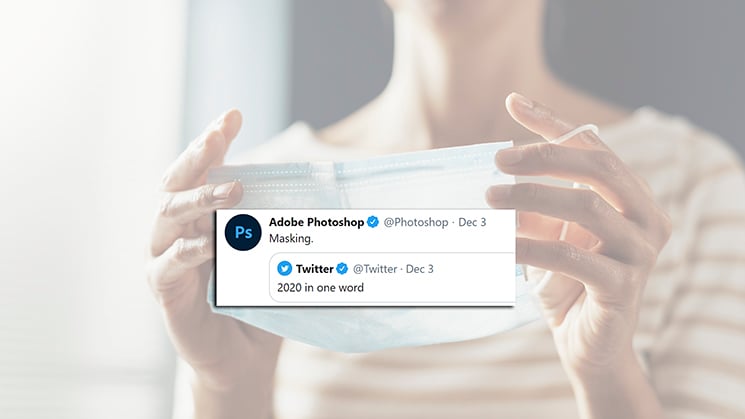 If I had to describe 2020 in a single word, it would probably be a swear word. However, it’s always good to go through tough periods with some humor, and Adobe recently showed us how it’s done.

2020 is coming to an end and it’s time to sum things up. So, Twitter asked its users to describe 2020 in one word. Adobe wrote “Masking” as a reply, and it cracked me up! It’s a bit of a dad joke, but hey, I love dad jokes and this is also a pretty clever one. Who would have thought we would start using that term outside of image editing?

What I love about Twitter is that, when there’s one good joke that goes viral, there are likely to be many more as replies to it. And indeed, other folks played with this Adobe’s joke a bit and added to this really humorous thread.

Hope the next year will be HEALING with MAGIC WAND.