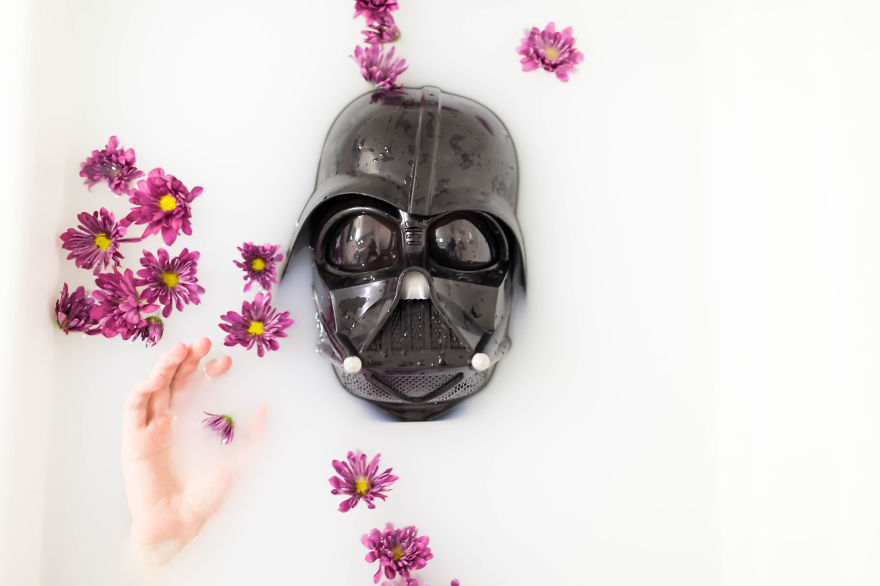 Devin Kelly recently decided to reveal his secret identity to his family and friends and told them that he’s one of the greatest villains ever to have lived – Darth Vader.

Ok, so he might have made that part up, but for the past year or so he’s been schlepping around a Darth Vader mask, creating a semi-biographical set of images depicting the Sith Lord living Devin’s day to day life. 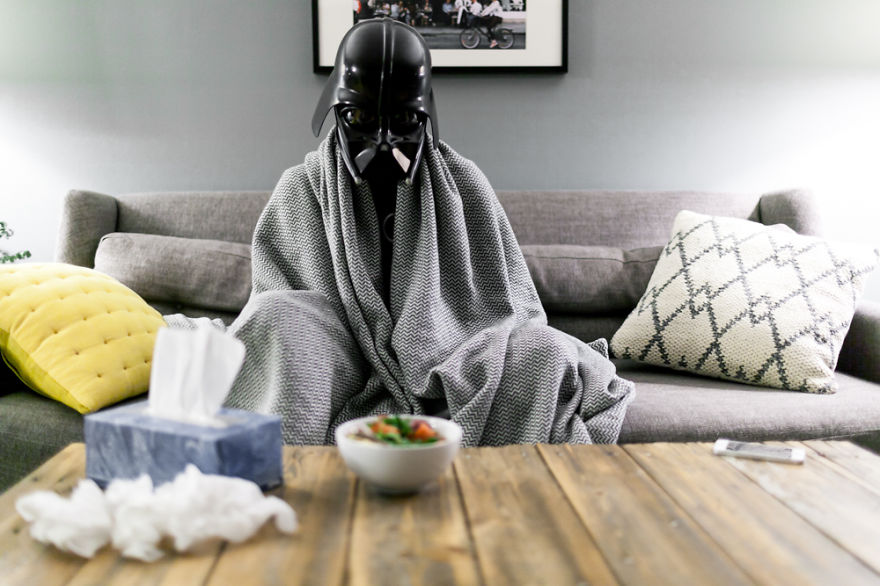 It all began when Devin and his wife bought a mask of “the Vader man”, as he calls him, and took a few funny photos. The Instagram photos became a success, with Huffington Post sharing the first post, and they’ve been doing it ever since. 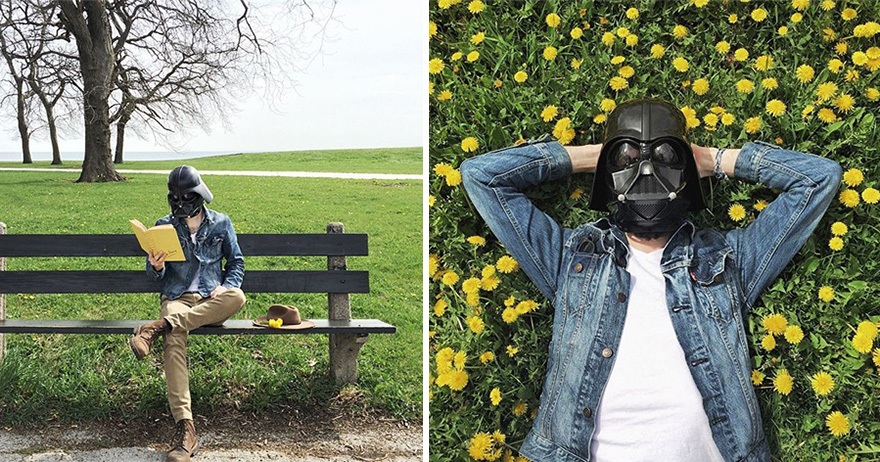 “We got an overwhelmingly positive response to our project on Instagram, so we got buckled down for the long haul and brought the Vader mask with us wherever we went,” Devin wrote on Bored Panda. 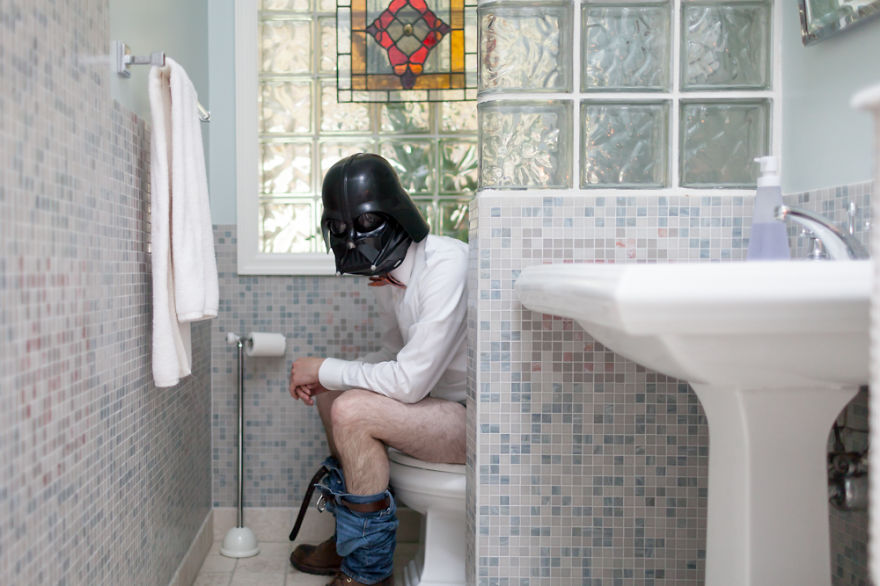 The couple was enjoying taking the photos, but after a while they realized the series was no longer all about comical situations. Darth Vader began living Devin’s life.

“Half is an autobiography of what’s being going on in my life this past year (quitting my job, being unemployed, moving to Seattle from Chicago, adjusting to a new place and new career: marketing),” Devin told DIYP. “The other half is a collection of situations that I think would be funny for “the Vader man” to be in”. 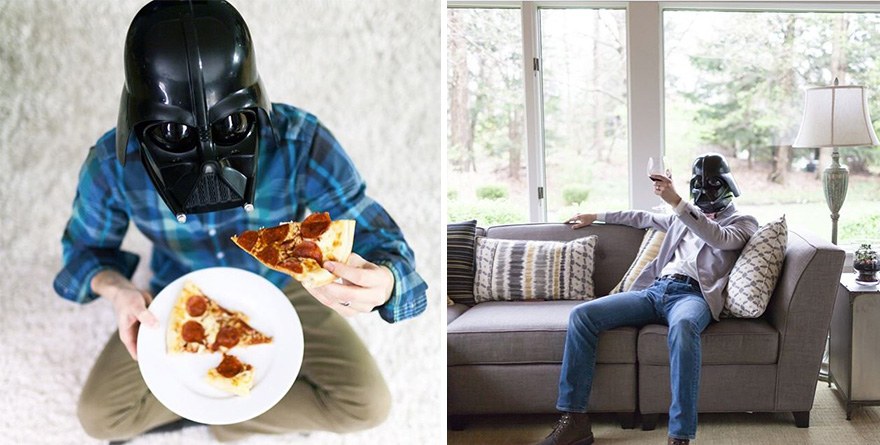 Initially intending to take a photo each day, hence the name of the project, Devin says that realistically he’s been sharing new photos every three days or so, with most of the photography taking place on the weekends. 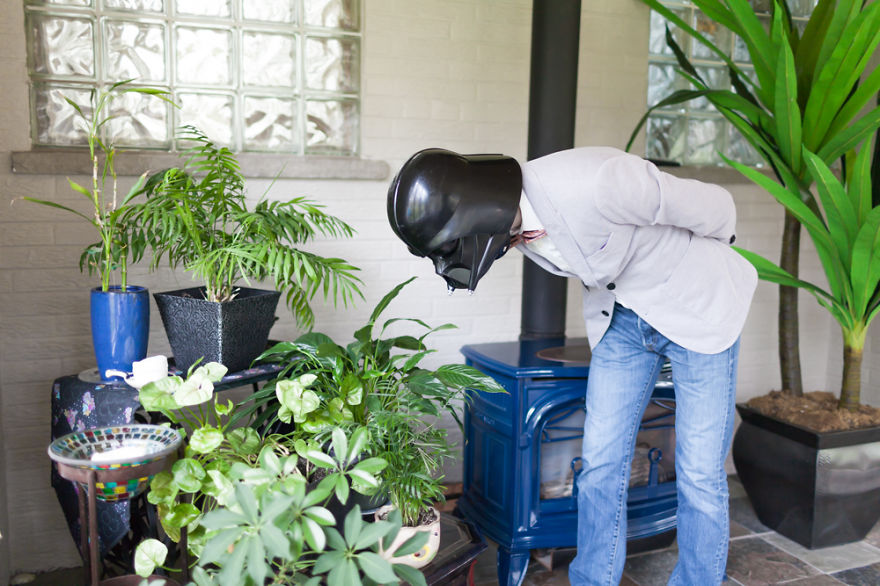 You can see more photos in the series on Devin’s website or Instagram account, and although he says he won’t be posting much in the near future due to an upcoming trip to Vietnam, he promises to return with many new images. “I don’t plan on stopping anytime soon,” Darth concludes. 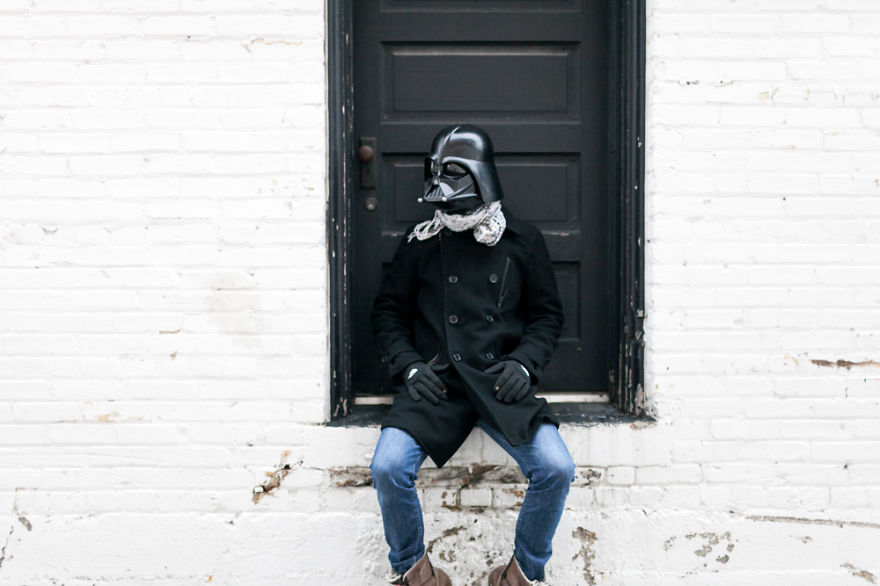 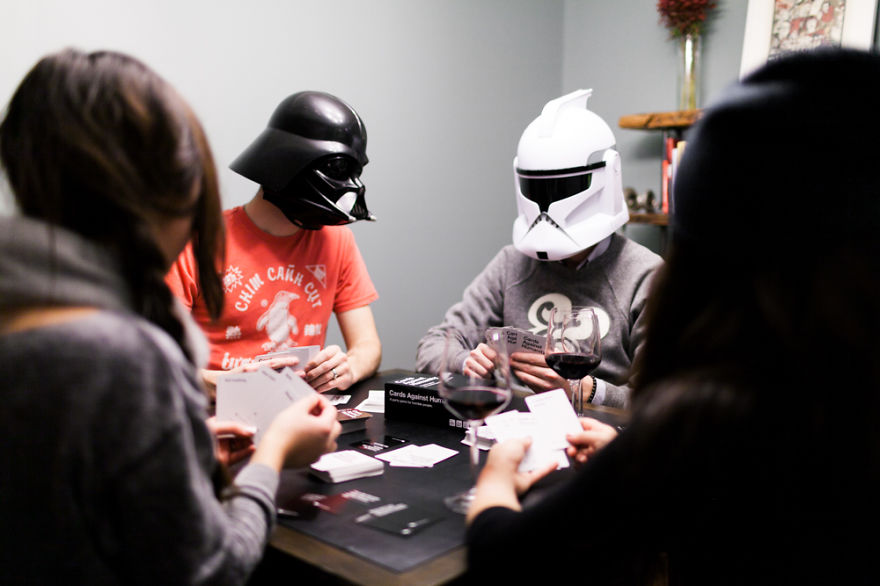 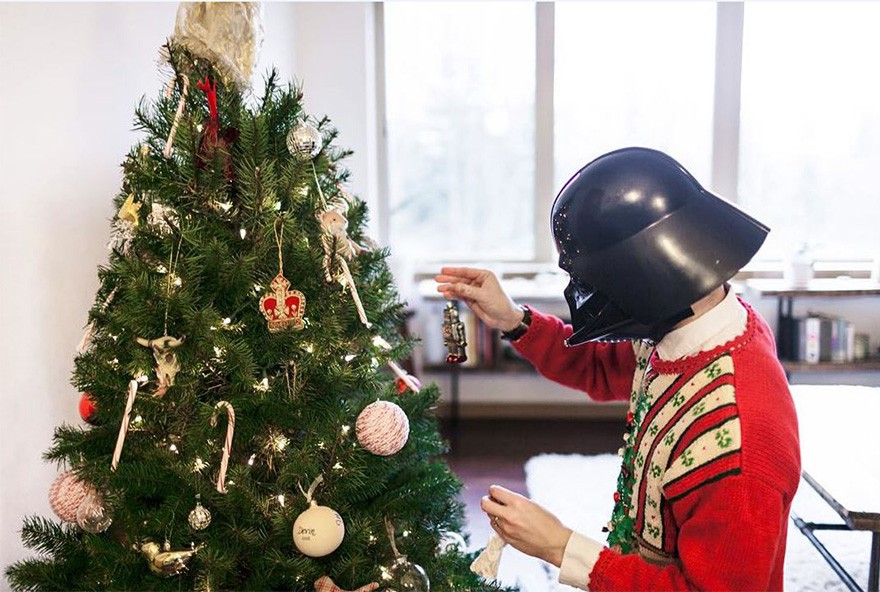 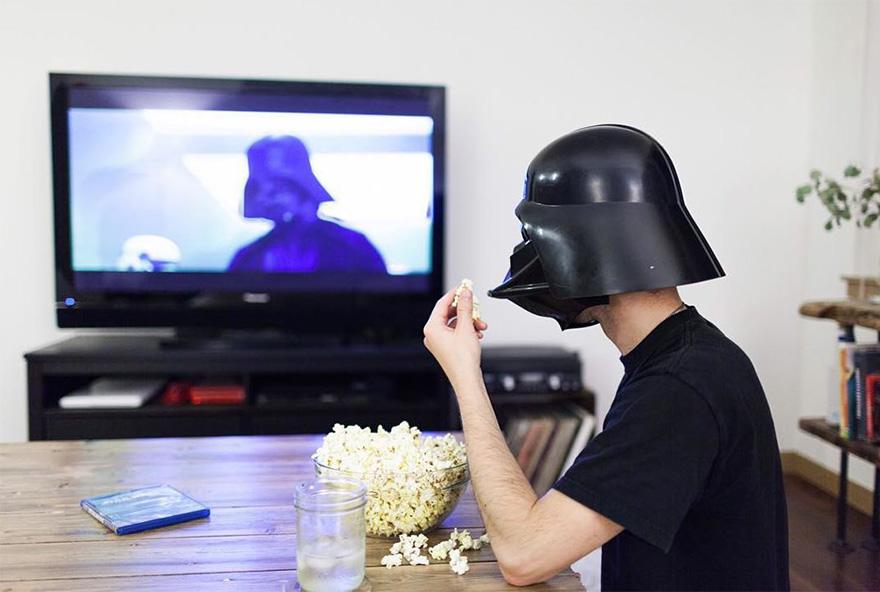 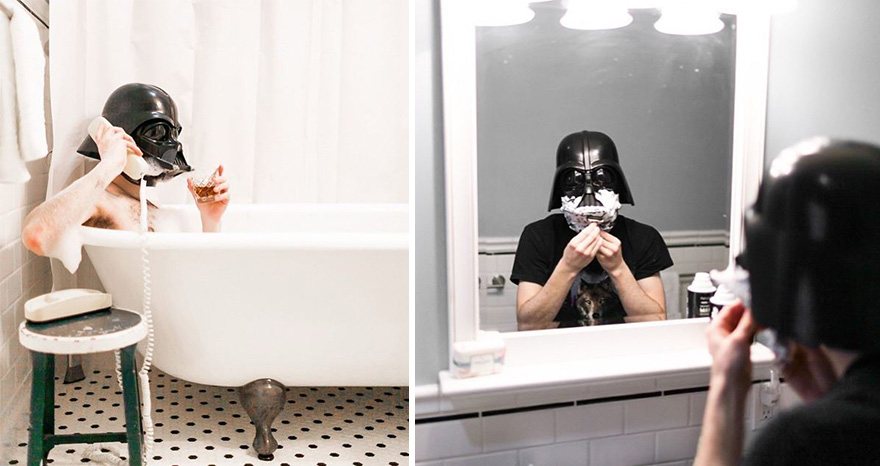 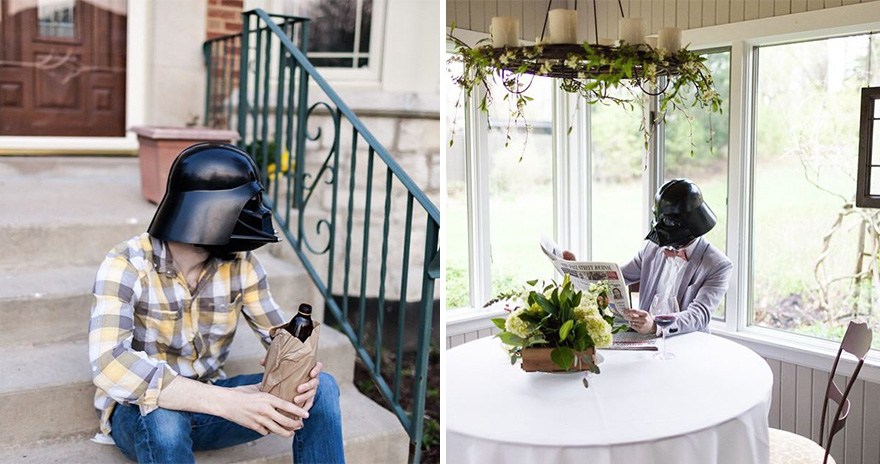 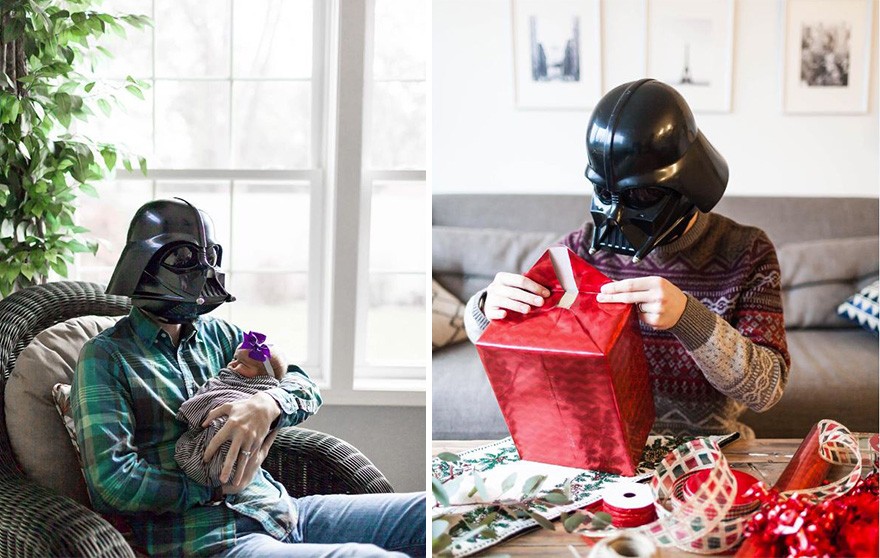 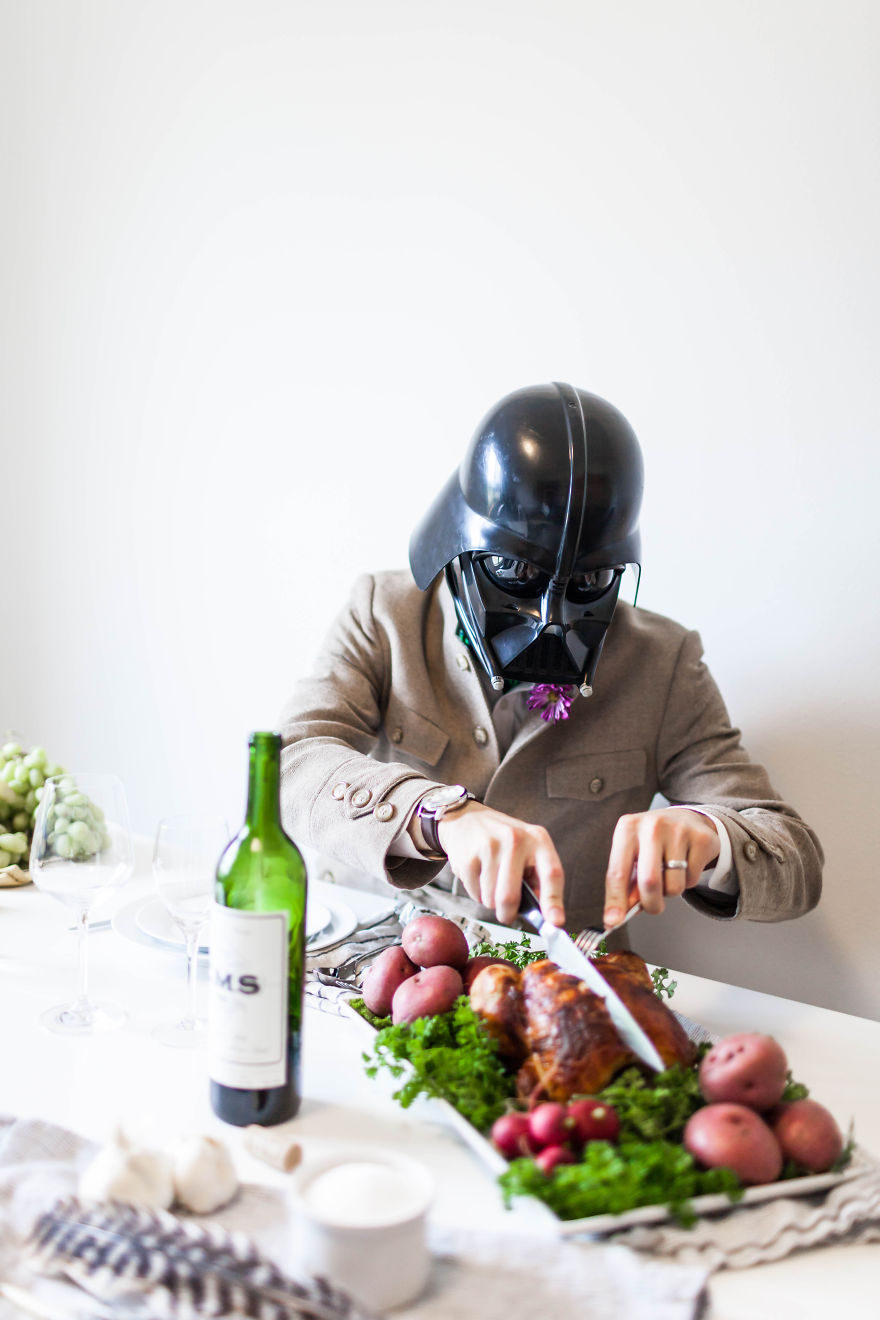 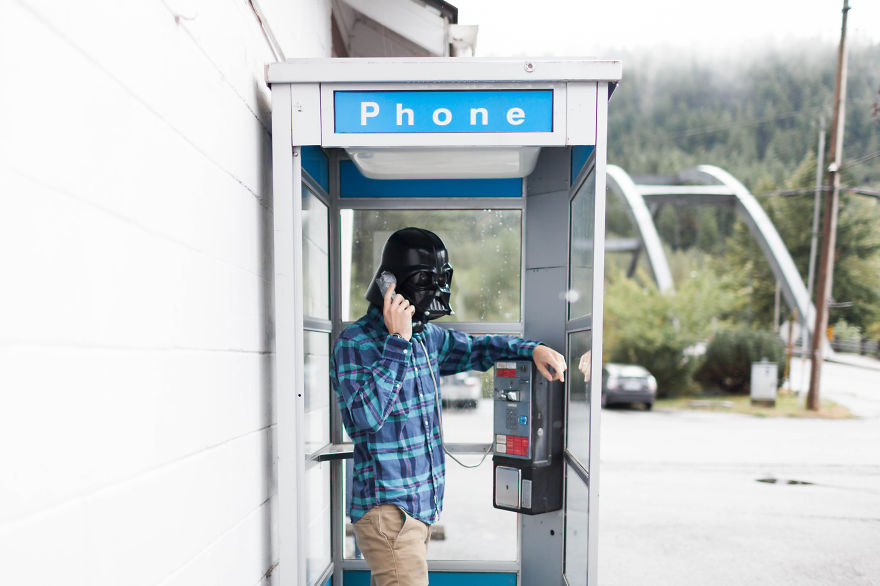 « I am a model, you should know this…
Free Photography Classes for DIYP Readers – Merry Christmas & Happy New Year! »