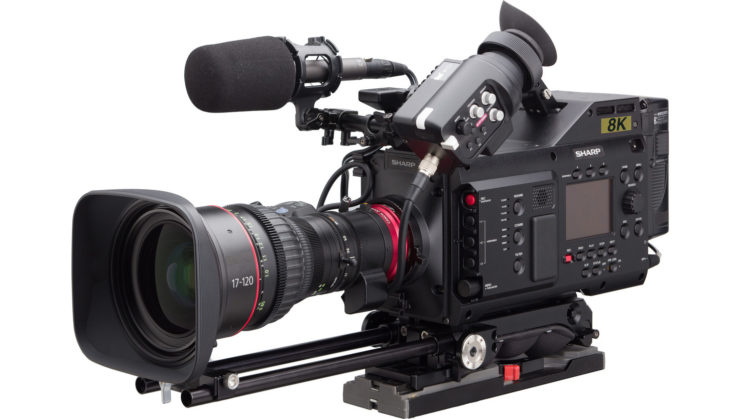 With all the talk of potential 8K Sony cameras recently, there have been a lot of cries of “Overkill!”, “Way too much”, “We’ll never need that!”. On the other hand, Japanese broadcaster NHK just launched the world’s first 8K TV channel. And it kicked off with Stanley Kubrick’s 2001: A Space Odyssey.

Despite the fact that virtually nobody even has an 8K TV, the BBC reports that NHK have been developing what they call “Super-hi vision” since 1995. Super-hi vision, that’s the collective name NHK is giving to its 4K and 8K content. As well as 8K video, the signal can also include up to 24 channels of audio for fully immersive sound.

Japanese electronics manufacturer Sharp started to sell 8K TVs back in 2015. But those early adopters were paying an extremely hefty $133,000. Today, Samsung also makes 8K screens for around $15,000. Viewers also need a special 8K-capable receiver. This adds 250,000 yen (around $2,200) to the cost, and requires four HDMI cables to get the picture into the TV, and a fifth for the audio.

Engadget Japan reported that Sharp began selling an 8K TV with a built-in receiver a couple of months ago for a mere $6,600. But even at $6.6K, 8K viewing is still pretty cost-prohibitive. Not a lot of people will even have access to watch it, let alone own it. So, NHK plans to showcase the equipment in venues around Japan.

NHK is hoping to ramp things up in preparation to broadcast the 2020 Olympics. But with only a handful of providers putting out 4K content and many still struggling to break out of 1080p, the world may not be so quick to adopt such a high resolution.

And, unless you’ve got a screen the size of your house, are you even going to notice the difference?