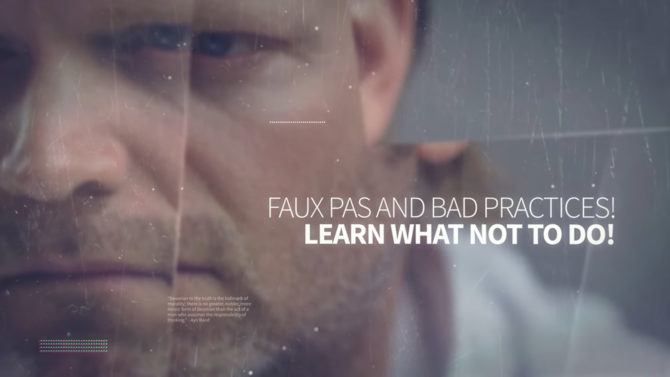 There’s a general progression when learning Photoshop. You muddle about in it yourself for a while, figuring things out as you go, then pick up a couple of tricks in Facebook groups, and start using them on all your images. Then you discover a better way of doing things and wonder what the hell you were thinking at most of your old work.

Photoshop offers us a great many powerful and useful tools for improving our images. But, it also lets us screw them up through bad technique, too. In this video from Nathanial Dodson at Tutvid, we learn 10 things to not do in Photoshop. Some of these things are phases people go through, others are techniques actively promoted through various Photoshop groups on social media.

He’s not wrong about that first one. Bevel and Emboss on text is often the sign of a novice Photoshop user who hasn’t yet figured out how to effectively add text to images. There was a time when Bevel and Emboss was pretty much the only option available to us, but that is no longer the case. There are still times when it might be effective in giving you the results you want to achieve, but don’t overdo it, or you’ll look like you’re still stuck in the 90s.

Selective colour, also known as “colour popping” is also another old and outdated technique that rarely works. It rarely worked even before it became popular ( shortly after the release of Sin City). While I’m not necessarily going to agree with Nathaniel that it should never be done, just know that you’re probably going to be ridiculed for it if it’s done simply for the sake of it. You really need a compelling reason to do something like this, and you’re going to need to do it extremely well. 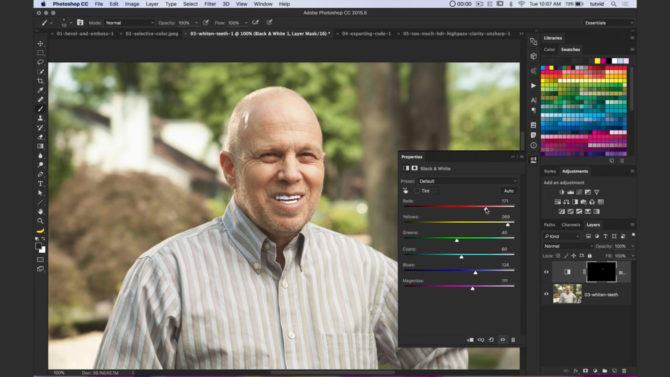 Over-whitening teeth. Yeah, please stop. Also eyes whitening. Do you really want your subjects to look like something out of Stargate? Probably not. Same goes for the overcooked HDR portraits with a ton of halos. I’ve actually seen this one popping up in videos lately and it looks even worse.

Number 6, 7 and 8 could probably all be lumped together under the heading “destructive editing”. While the others mentioned are more for the benefit of those viewing your images, this one’s for you. Your life will become a whole lot easier once you discover the joy of Smart Objects and adjustment layers.

The font thing is a workflow thing, too. Photoshop CC has access to a wealth of fonts via TypeKit that you can install right into Photoshop. You browse, see a font you like, then install it. But with the hundreds of fonts typically installed on a computer by default, constantly added to by various software, it soon becomes a very unwieldy list. Photoshop lets you filter your fonts, to make it much easier to find what you’re after.

The last one goes back to how your work looks. We’ve all had to cut something out from its background at some point or another. Sometimes it’s green screen, or perhaps a product shot, or we simply want to switch out the background, or do a sky replacement. 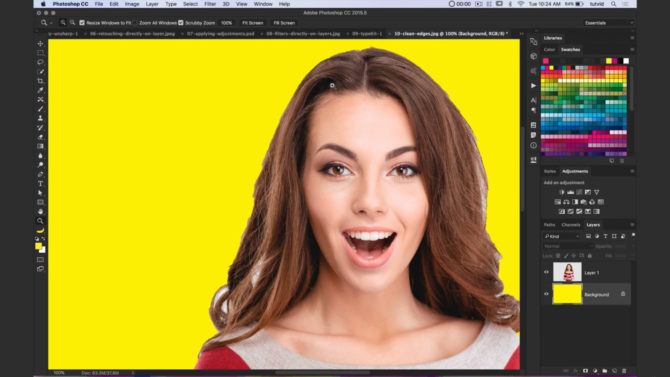 If you really want to sell the effect and make it look like your subject belongs in the environment shown in the image, get your selections right. Bad selections in composites are the single biggest thing that will destroy the illusion. Other things like lighting, scale and perspective also come into play, but even if all those things are perfect, the realism is shattered if the selection doesn’t look natural.

Selections can be a tough one to master. There’s a million different ways you can cut something away from its background. Which technique will work best is going to depend entirely on the image in question. There is no single technique that works for everything.

So, don’t feel bad if you can’t figure out how to get a good selection. Just know that it doesn’t look great, realise that, and start doing some research to find new techniques to try until you find one that gives you the desired result. It’s often better to not post it at all than to post bad work publicly.

Of course, the exception to that is if you’re posting bad work specifically to show the problem you’re having and are requesting advice. But actually acknowledge that you see the problem. Say “I know the selection’s awful, I’m looking for advice on other methods to try”, otherwise, you’ll just get people telling you “Your cutout selection looks crappy, try again”.

What other things do you think people should avoid doing in Photoshop? What bad habits or techniques are you guilty of that were hindering your workflow? Let us know in the comments.

Doing Cross Section Light Painting Is The Opposite of MRI

Thoughts About Value And The Cost Of Doing Business