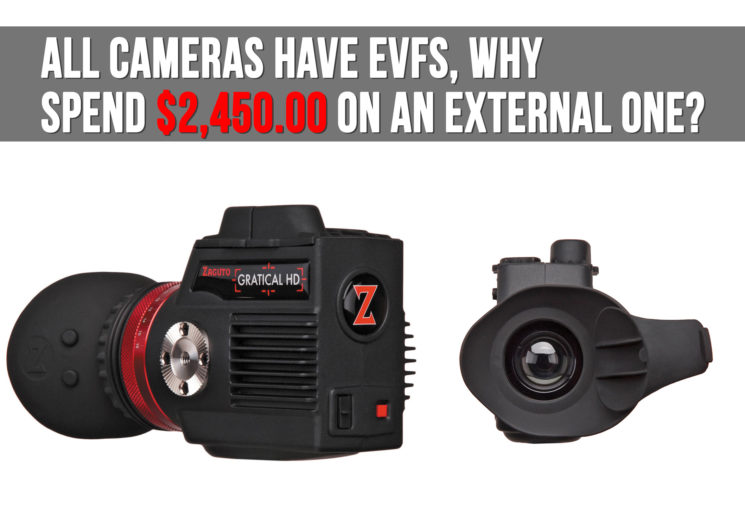 Just about all cameras come with a built-in EVF, so why would you spend thousands of dollars on a Zacuto Gratical HD EVF?

Well, not all EVF’s are created equal. Also, not all cameras are created equal when it comes to monitoring options. Here are some examples. The resolution and quality of built-in EVFs on cameras vary hugely. You may get a camera that is amazing, but its EVF is not the best. You may then also get a camera that has an amazing EVF, but the camera may be missing features.  When it comes to the EVF, here are some of the features that could be missing in-camera, but the Gratical adds: 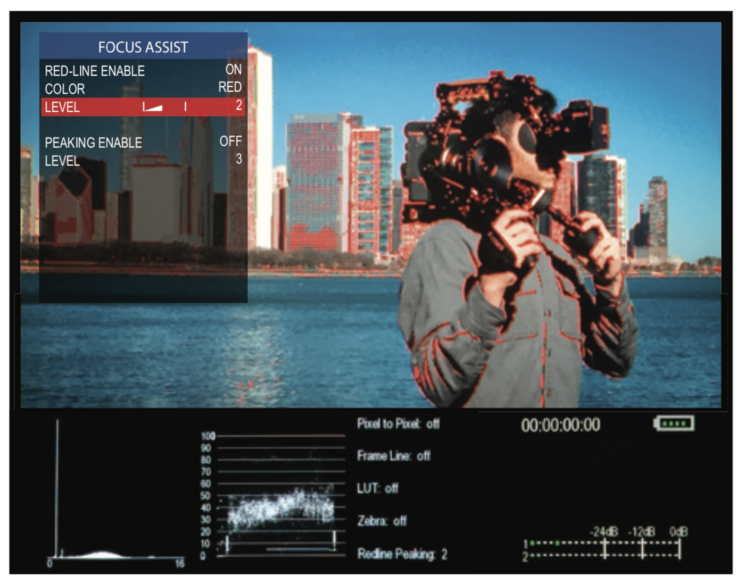 The first feature that is missing is peaking. Peaking is a feature that lets you see what is in focus in your shot. It does this by giving the focus area a slight outline in color. If you’re shooting video, peaking is essential. Even though cameras are getting better at autofocus, for the majority of us, manual focus in video is still the way to go. Companies like Sony and Panasonic have had it for ages in all models while Canon and Nikon have been slow to introduce it.

Even if your camera does support it, manufacturers have different settings and features. So, knowing that no matter what camera you’re using, the peaking is the same is a very useful feature of using a third-party EVF.

Waveform and other scopes

A waveform monitor is the next feature that would be nice on every camera. For video, a waveform monitor is more useful than a histogram. This is a key feature for checking your exposure. It shows a graph from 0 to 100; 100 being the top end of your exposure.  Anything over 100 is just going to be white. 0 is your shadows so anything below 0 is going to be just black. The display shows your exposure across your image. If you’ve got some stuff on frame-left that is overexposed and stuff on frame-right that is dark, you can easily see it. Think Histogram on steroids.

You also have your traditional histogram, false-color, and a vectorscope.

The last feature that is becoming more and more essential is the ability to install LUTs when looking through the EVF. All mid- and high-end cameras will allow you to shoot in a Log format. Even those of us who are used to shooting in Log still find it easier using a LUT however. A LUT shows what our image will look like with a bit of grading applied, which in turn makes it easier to expose on set.

Even if your camera has all these features built into its EVF, most of us don’t use just one camera. With different cameras, come different EVFs. Wouldn’t it be great to somehow have consistency across all these cameras?

We all know about muscle memory. After a few weeks or months of using a camera, you’re so used to where the buttons are, you don’t even have to think about what button you want to push. You just do it instinctively. We also develop eye-muscle memory. We get used to knowing where to look in the EVF for certain settings. Using the same EVF across all your cameras and knowing your settings are always in the same place on the screen is really useful.

This is where a product like the Zacuto Gratical HD comes in. The Gratical is a tank of an EVF and it will work with just about any camera out there. This is thanks to it having HDMI as well as SDI input and output. 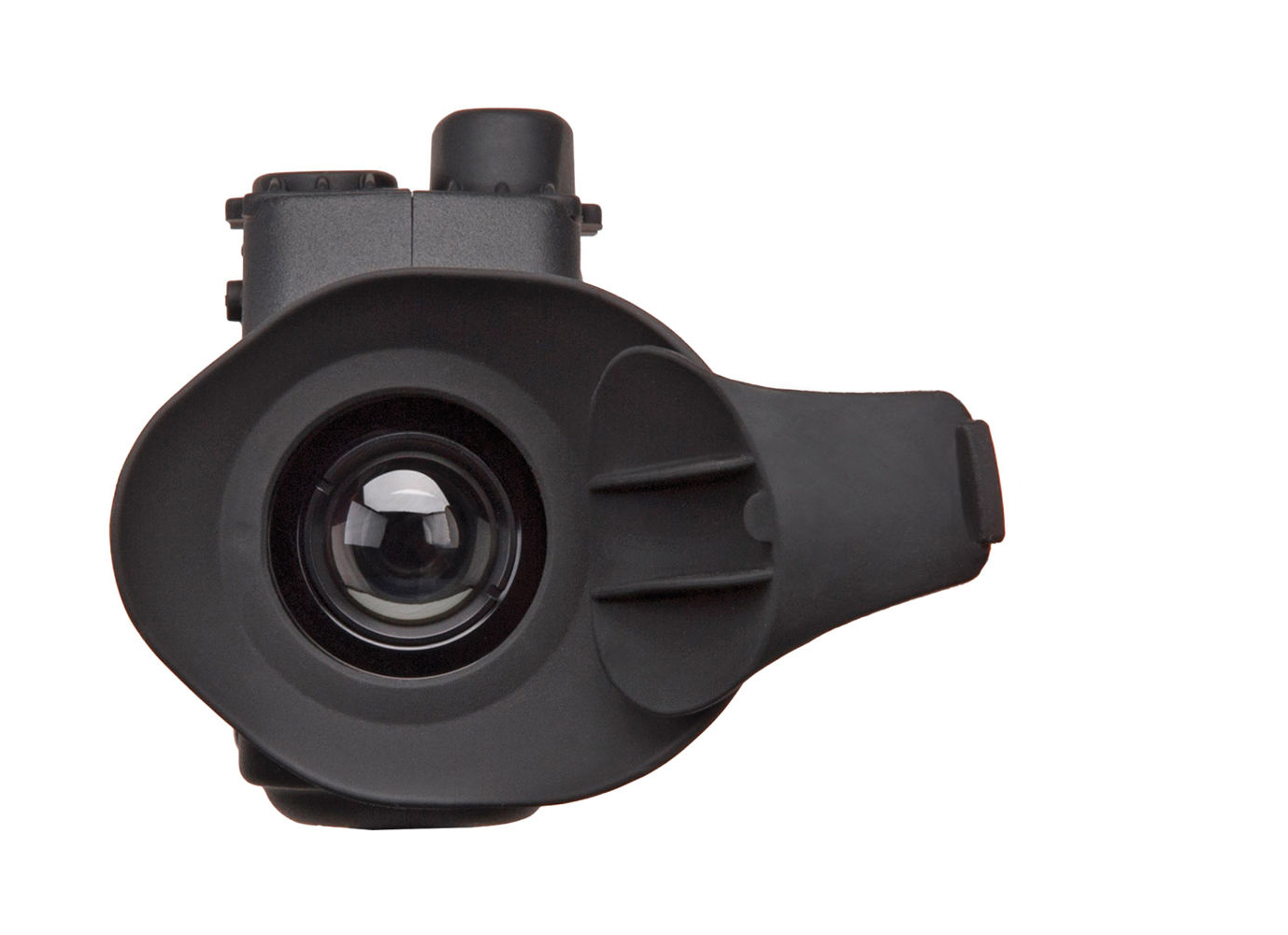 The first thing most people will notice when looking at getting one of these will be the price – $2,450.00. It isn’t cheap. There are two models: the Gratical HD and the Gratical X. These are both exactly the same physically. However, the difference is that the X is missing some software features that you can add in an ala carte way. You may not need or want custom frame lines or cross conversation so you can add just the features you need. Or you can get the HD model and that has everything installed already.

The Gratical has both HDMI and SDI inputs and outputs. This means you can use it with just about any camera in existence. 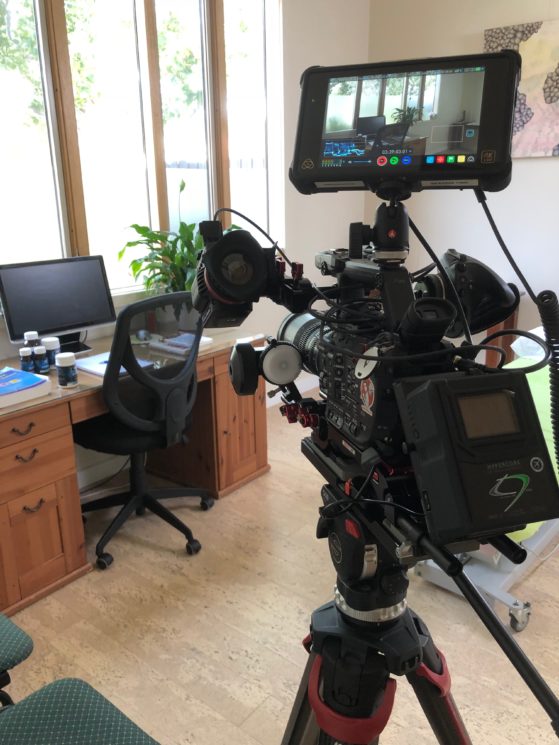 The screen is super bright. Since your eye is creating a seal when you’re using it, you can always see perfectly well in any conditions – even super bright sunlight. A nice touch is the plastic cover over the eyecup.

The Gratical HD is powered by an LP-E6. Zacuto says that the battery should last four hours. That said, I’ve found it be to between 3-4 hours and I tend to turn it off when I’m not using the camera. However, two batteries are more than enough to get you through a day of shooting.

Other than the sharp, bright screen, the biggest advantage of using the Gratical is the “extra bits” you can have on screen. With the 1280×1024, you see the output from your camera in 1280×720 and the rest of the frame is devoted to your scopes and data display. You can choose to display your scopes and meters under the image or have them floating over the image.

There are four buttons on the side which can be customized. There is also a joystick to selecting items in the menu.

Zacuto have clearly put in a lot of thought about how the unit is going to be used on a day-to-day basis. It’s really easy to get around the menu quickly and change things if you need to as you’re shooting.

Nothing is perfect and there are certainly some things that I would like to see improved. You can’t use 3D LUTS, only 1D LUTS. Not a major issue, but it took some googling when I was trying to install 3D ones.

There is a ¼-20 screw on the bottom, but the main way to attach/mount it is the ¼-20 rosette on the side. The mounting arm that Zacuto sells for this is really good but really heavy for what it is. I’d love if there was a lighter way to mount it as this adds a decent amount of weight to your rig.

I have used the ¼-20 screws to attach it to a BlackMagic Pocket 4K, though this was a bit awkward. Though handy for shooting low with the camera. You can hold the handle between the camera and EVF. This makes it a pretty cool hand-held set-up. 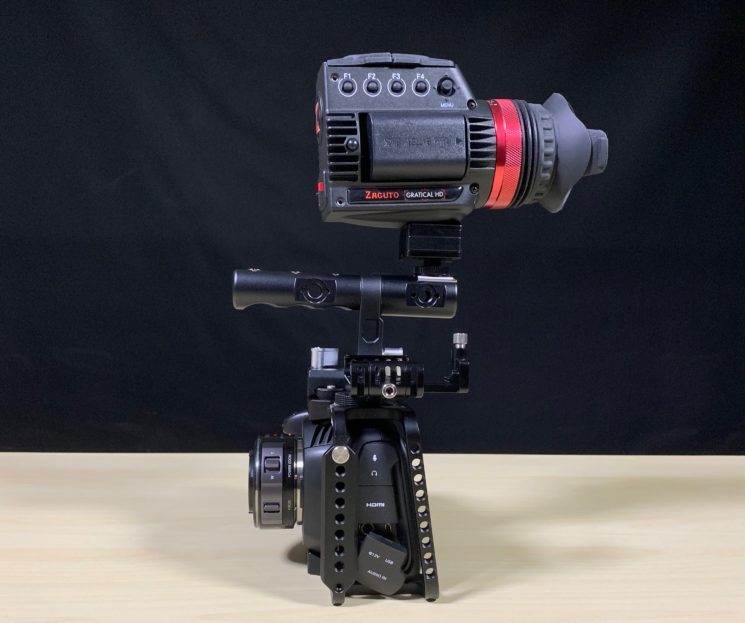 Quite a few of these issues have been addressed in Zacuto’s new EVF called the Kameleon. We hope to get one of those in for review soon to do a comparison.

It’s a bit heavy. Zacuto do have a smaller unit called the Gratical Eye, but that has other limitations. The eye only has SDI, not HDMI. It has to be powered by an external battery with dtap and it doesn’t have its own battery. Still, it’s an option if you wanted something smaller and lighter.

If you only shoot with one camera or you’re happy with the EVF on your camera, then this is not the product for you. But for me, I can very easily justify the investment. I own the Fs5II, A7sII and A6300. On larger corporate jobs I could be shooting with a RED, Canon C series, Pansonic or BlackMagic Design camera. Being able to quickly mount a Gratical HD onto any of those cameras and knowing that I will always be looking at my footage through the same EVF is a huge help. I know what I am looking at is going to be consistent regardless of the camera I am using. That is totally worth the investment in the Gratical HD for me. It does set you back a nice $2,450.00, so decide if the Gratical is worth it for your needs.