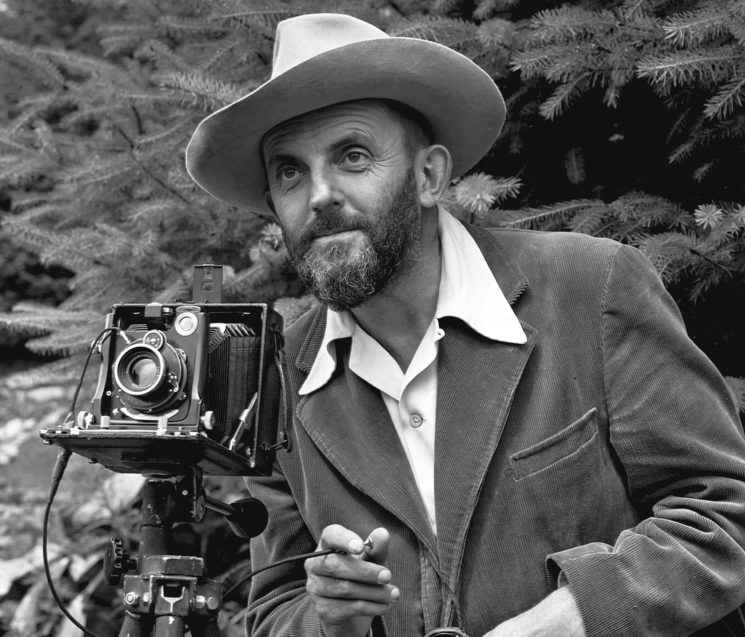 If you’re a fan of Ansel Adams’ work and you have around a million bucks to spare, Sotheby’s is soon launching a tempting auction. On 14 December, a collection of over 100 Adams’ iconic prints are going up for sale. The absolute star of the collection is an early print of  1941 Moonrise, Hernandez, New Mexico, created before the photographer edited the negative. Since it’s so rare, it’s expected to reach the price between $700,000 and a staggering $1,000,000.

This version of Moonrise, Hernandez, New Mexico is a gelatin silver print. Reportedly, it’s the earliest print of this photo that has ever appeared on the market. But what also increases its value is that it’s one out of very few prints created before Ansel Adams changed the negative in 1948. The $1 million print measures 9.25 x 12.125 inches (23.5 x 30.8cm).

The print is being sold as a part of A Grand Vision: The David H. Arrington Collection of Ansel Adams Masterworks. It’s one of the largest private collections of Ansel Adams’ work, containing over 100 photos from nearly seven decades of Adams’ career. The collection won’t be sold as a whole, but each print will be sold separately to the highest bidders.

Other than Moonrise, Hernandez, New Mexico, prints of other iconic photos will be up for an auction. They’re expected to reach a lower price, from “modest” $70,000 up to $600,000, depending on the print.

So, if you have at least $70,000 to spare or a kidney that you don’t need, check out more information on Sotheby’s and place your bids.