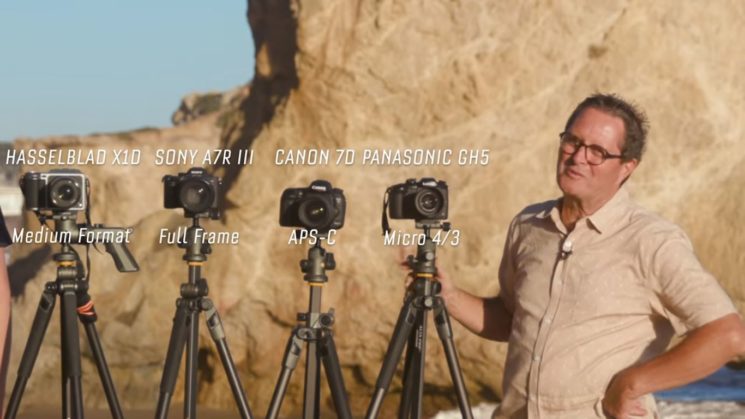 Should you switch from APS-C to full-frame? Or perhaps shoot large format? Does it matter? What will it change? Ah, so many questions. In this video, Jay P. Morgan and Kenneth Meryl have decided to test four sensor sizes side by side and give you the answers. They shot with a large format, a full-frame, an APS-C and a micro 4/3 camera. Here you can compare the images side-by-side and see for yourself how much of a difference there is.

Jay and Kenneth tested the cameras in terms of depth of field, image quality and grain structure in low-light situations. These are the cameras and lenses they used:

Focus and depth of field

When Jay and Kenneth shot at f/3.5 or f/4, the difference between the Hasselblad and Canon 7D seems pretty dramatic. However, the Canon 7D compared to the Sony doesn’t show so much difference. 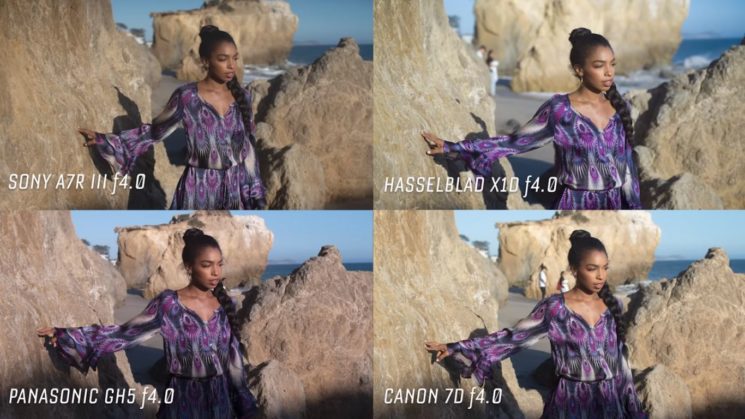 With the Hasselblad, you can shoot at f/5.6, have a sharp subject and still a considerably shallow depth of field.  In order to achieve a similar depth-of-field using the different cameras, you are looking a range of 4 stops. That’s quite significant. 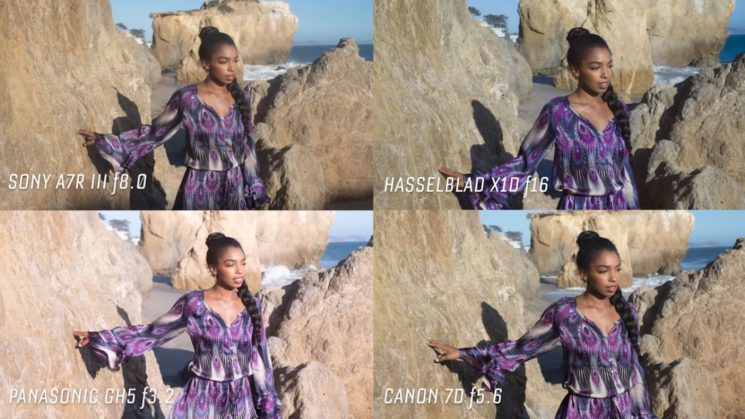 The guys tested all four cameras with their lenses opened as wide as they can go. An interesting thing they noticed is that, even at f/3.2, the Hasselblad’s depth of field is not as shallow as the Sony’s on f/1.2. Kenneth concludes that Sony gives you “more on each end,” and you can achieve both very shallow and very deep depths of field.

The Sony A7RIII is a 42MP camera, while the  Hasselblad is 50MP. The Sony has less resolution than the Hasselblad, although the difference isn’t that large. Still, it still has a large sensor compared to the GH5 and Canon 7D. Kenneth and Jay conclude that a large format camera definitely gives you the most flexibility, considering the image size and quality.

To test out the noise structure, Kenneth and Jay shot a landscape photo and a portrait in low-light, when the sun was already down. They noticed that a smaller sensor like the GH5’s produces gritty and grainy shots, and has less detail. The Canon 7D did okay, while the Sony and the Hasselblad look almost the same in terms of the noise structure. 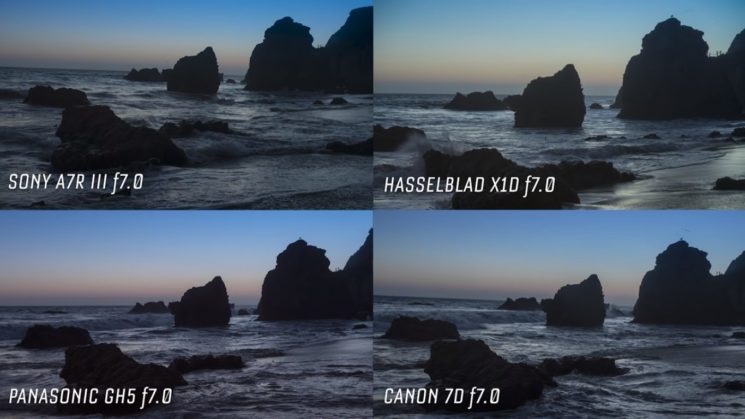 At ISO 1600, photos from the Canon 7D look worse than the GH5. The Hasselblad produced pretty good and smooth shots while the Sony doesn’t perform all that well. 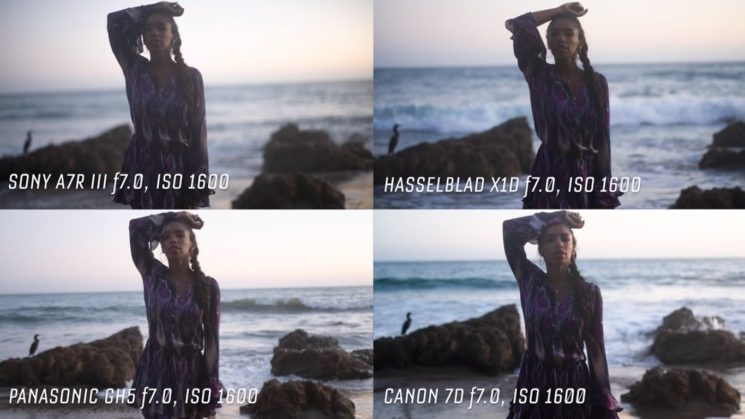 So, in the end, does sensor size matter? Yes, to some extent it does, and it all depends on your needs. Kenneth and Jay conclude that full frame is “the sweet spot” to have everything you want in focus and out of focus and to get sufficiently high-quality and large images. But then again – it’s ultimately up to you what you’ll choose.

The camera matters and here’s why, but it’s not in the way you’re thinking