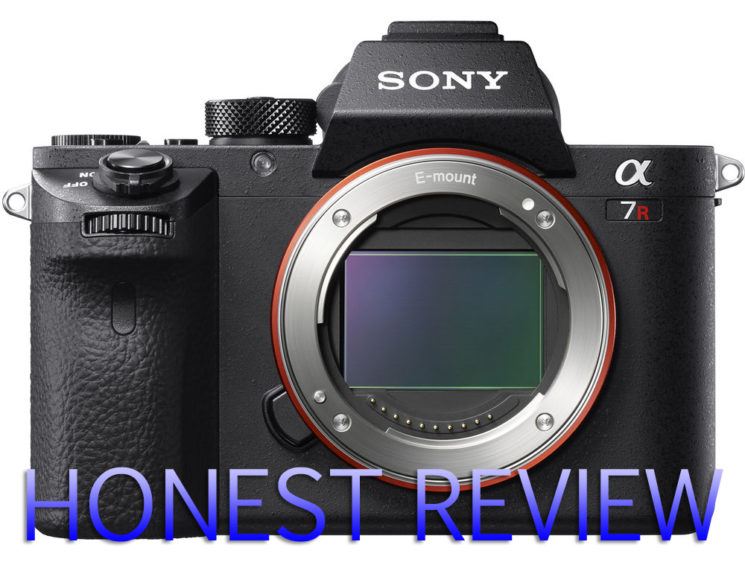 You’ve seen many photographers switching from DSLR to mirrorless. Manny Ortiz did the same thing and switched to this system completely. After shooting with Sony mirrorless camera for a year, he gives an honest review of the system. He is very satisfied with it, and as you know, he makes awesome photos. But, he speaks honestly and mentions both advantages and disadvantages of this camera. So, if you’re thinking of switching to Sony mirrorless, you should definitely watch this.

Manny used to shoot both Nikon and Canon. He used Nikon D600 and Canon 5D Mark III. When he tried out the Sony mirrorless system, it grew on him and he switched slowly but surely. He uses Sony A7R II and A6500, and this is his review of the system.

For manny, this is one of the options he likes best. With a Sony’s EVF, You can preview the image exactly as it’s going to look like when you press the shutter. In other words, what you see is what you get.

This has one important advantage: you can preview the image in the eyecup of the camera. And when you do this, you reduce chimping and get more consistent results.

Sony’s image stabilization helps when you want to shoot videos while handholding the camera. The body stabilizes the lens, so you won’t get shaky footage. It also allows you to use slower shutter speeds and still take sharp images.

This feature puts a little box over the model’s eye. No matter how much the model moves, the camera will continue to track their eye. Because of this, you’ll get a perfect focus on the eye almost every single time. With a DSLR, you either need to focus and recompose every time the model moves, or change the focus point.

Well, this one’s probably the most obvious advantage. However, it’s not necessarily the case when it comes to lenses. Sony manufactures some professional lenses they are pretty much the same size as those for DSLRs (maybe even bigger). But, you can always use smaller prime lenses like 55mm f/1.8

According to Manny, the A7RII has the best image quality of all the cameras he’s used. And he’s used a lot of DSLRs.The dynamic range, resolution, sharpness – they are all exceptional. After all, you can see that from Manny’s photos.

This is the biggest problem of Sony mirrorless cameras. Manny says he carries 5 to 8 spare batteries when he goes shooting. With longer shoots, not even the battery saving tricks can help you.

Because he brings many batteries, the camera doesn’t fail manny at the photo or video shoots. But just imagine the charging process, with chargers plugged in all over the place. So, these systems definitely have a stronger and/or bigger battery.

When you turn the camera on, it takes about 3 seconds for it to be able to take a photo. When you put a new battery into the camera, it extends to 7 seconds. When you’re trying to capture the moments and action, this can cost you a lot of great shots.

3. Only one SD card slot

This is is the feature that drives some professionals away from Sony mirrorless. If you’re shooting a wedding (or anything that matters to you for whichever reason), you want to have a backup of all the files you took.

One thing that Manny misses from DSLRs is flawless low light autofocus like he had with the Canon 5D Mark III. When he switched to the Sony mirrorless, he realized it doesn’t perform that well when focusing in low light situations.

Unlike Canon or Nikon, Sony doesn’t really have budget lenses. If you want to switch from DSLR to mirrorless, you’ll need to spend a lot of cash. Also, Sony keeps releasing APS-C cameras, but they don’t release lenses for them.

These were the five honest pros and cons of Sony mirrorless system. Of course, they are working hard on their cameras and lenses, and there certainly are many improvements to come. But for now, this is how the things work, and I’d say these are some fairly objective points. Would you agree? What would you point out as the biggest advantages and disadvantages of Sony mirrorless cameras?

[My Switch from DSLR to SONY MIRRORLESS- My HONEST one year REVIEW of SONY! | Manny Ortiz]

« How to effectively use Warp Stabilizer to make your shaky footage rock steady
See the difference between natural light, flash and high speed sync »