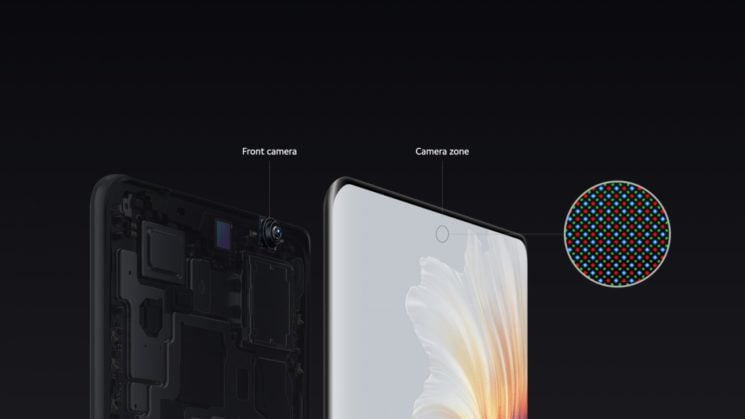 Xiaomi has announced Mi MIX 4, its first smartphone with an under-display front camera. It’s not the first-ever, but it’s one of few phones that have it so far. It’s still a relatively new technology, so it’s definitely worth taking a look at.

Xiaomi calls its under-display camera CUP (Camera Under Panel). It’s similar to those we’ve seen in the ZTE Axon 20 5G, or OPPO’s prototype from a year earlier. The 6.67-inch AMOLED display hides a 20MP selfie camera which is virtually invisible, and there’s no camera cutout on the screen. Also, the display quality is uniform throughout the screen, regardless of the camera module nested under it.

The back of the Mi MIX 4 is made from ceramic and it nests three camera modules. There’s a 108 MP Samsung HMX sensor, paired with OIS. Next, there’s an 8 MP periscope module with 5x optical zoom and OIS. Finally, there’s a 13MP ultra-wide lens. The company teased the world’s first smartphone with a liquid lens earlier this year, but it looks like we’ll need to wait for that one a little more.

According to The Verge, Xiaomi only has only confirmed the Mi MIX 4’s launch in mainland China so far. Preorders start in China today, and shipping begins on 16 August. There are three colors available: white, black, and gray. And finally, as for the prices, the cheapest model is 8GB/128GB, retailing at 4,999 yuan (around $770). The priciest one is 12GB/512GB, which costs 6,299 yuan (around $970).

[via The Verge, GSM Arena]