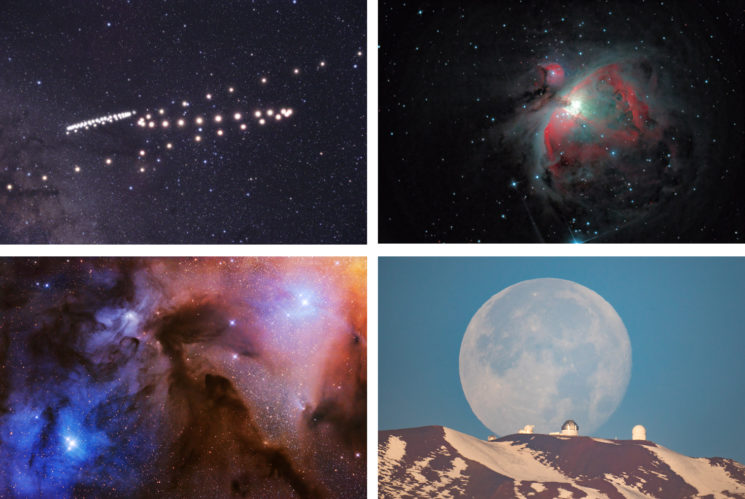 In August this year, we presented you with beautiful shortlisted images of Insight Astronomy Photographer of the Year 2017 contest. The winners of nine categories are officially announced today, along with the overall winner. There were over 3800 entries taken from over 90 countries across the globe. We bring you the best images according to the contest judges.

The overall winner is Russian photographer Artem Mironov. He has beaten thousands of amateur and professional photographers from around the globe to win the title of Insight Astronomy Photographer of the Year 2017. This earned him a £10,000 top prize, and his image takes pride of place in the exhibition of winning photographs opening at the Royal Observatory Greenwich on 16 September 2017.

“There’s an astonishing richness of colour and structure in this gorgeous image. It’s a popular part of the sky for astrophotographers but this image shows it to us in a fresh light and there’s a sense of mystery in the churning clouds of gas and dust which reminds us that there’s still so much to discover out there. A dazzling corner of our galaxy captured perfectly.”

Winning images of the other categories and special prizes include the stunning, awe-inspiring scenes. The contestants submitted the images to nine categories, and they are:

There are also two special prizes, The Sir Patrick Moore Prize for Best Newcomer and the Robotic Scope special prize.

BBC Sky at Night Magazine’s Editor Chris Bramley, a judge for the competition, said of this year’s contest:

“Judging the entries has been a real pleasure but also tougher than ever, such was the all-round quality of the field. I was particularly impressed that there were so many new and ground-breaking responses to the night sky captured by the entrants this year.”

Here are the winning images in all categories:

©Kurt Lawson (USA): The Cable Route of Half Dome at Night (Runner Up)

Young Astronomy Photographer of the Year

The overall winner will receive £10,000. Winners of all other categories and the Young Astronomy Photographer of the Year will receive £1,500. There are also prizes for runners-up (£500) and highly commended (£250) entries. The Special Prize winners will receive £750.  All of the winning entries will receive a one-year subscription to BBC Sky at Night Magazine.

Insight Astronomy Photographer of the Year is run by the Royal Observatory Greenwich in association with Insight Investment and BBC Sky at Night Magazine. 2017 is the ninth year of the competition. The best of the images they received – winners, runners-up or highly commended – are showcased in a free exhibition in the Royal Observatory’s Astronomy Centre. The exhibition runs between 16 September 2017 and 22 July 2018 (closed 24-26 December). You can see it every day from 10.00 to 17.00.

Winners and shortlisted entries will also be published in the competition’s official book by Collins. The book is available exclusively at the Royal Observatory Greenwich shop from 17 September, and on sale at all bookstores and online from 3 November for £25.

« How to DIY a $15 tactical bag into a custom audio kit bag
GoPro Hero6 photo leaked, shows it will shoot 4K at 60fps »