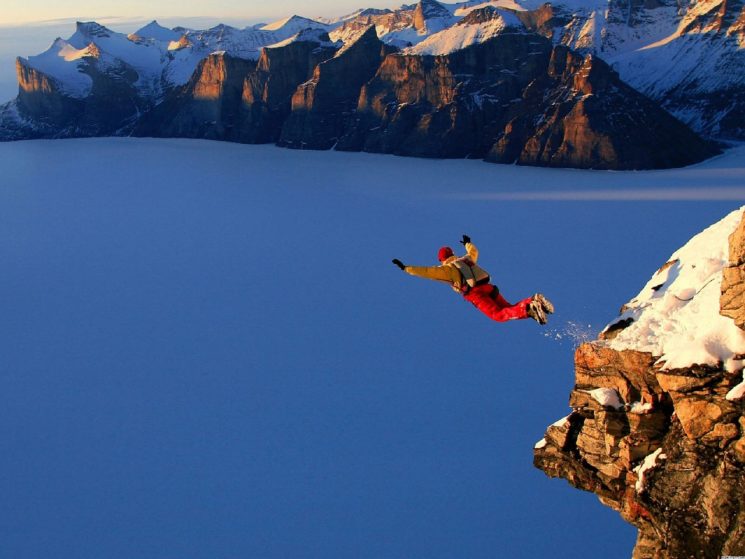 Just watching people perform extreme sports can be rather unnerving. But have you ever thought what it would be like to be the person who’s filming or photographing these extreme athletes? In this amazing video, Bryant Gumbel of HBO presents you with stories from several extreme photographers. Getting close to death is a part of their job, and their stories are fascinating and sometimes chilling.

In the video, you first hear a wingsuit photographer and a flyer talking about their jobs. It moves on to surf photographers and videographers who shoot surfers in the “pipeline”, a powerful wave that’s taken many lives so far. Lastly, there are free solo climbers who use no ropes to conquer hostile cliffs. A documentary about this sport, Free Solo, even won an Academy Award. It follows Alex Honnold as he achieves his lifelong dream: scaling the 3,200-foot El Capitan in Yosemite National Park without a rope. It was shot by Jimmy Chin, who spent a whole year training with Alex before the historic attempt.

The thing with extreme sports is that there’s a big risk of getting seriously hurt or even killed. The athletes risk their lives, no doubt about that. But their cameramen are often even more at risk than the athletes themselves. As Gumbel puts it, these photographers and videographers “receive none of the glory and all of the danger.” They don’t only do the same extreme sport, but they also need to keep an eye on their subject to get all the shots. This can make them less focused on their own safety, which can lead to terrible accidents.

But other than physical risks, extreme photographers carry a huge emotional burden. First of all, they know that, sooner or later, they’ll see someone’s death through their lens. What’s even worse is that the cameramen are often good friends of the sportsmen they shoot. Then there’s the burden of knowing that they themselves might not make it. I can imagine how much strength it takes to do this kind of job. Not just physical strength, but mental and emotional, too.

I don’t think I could ever do something like this, even if I were the extreme sports type. For me, the emotional burden would be just too much. Honestly, just hearing these stories made me feel anxious, but I just had to watch the video till the end. And it’s amazing. Although I’d never be capable of doing this kind of job, I have huge respect for these photographers and their extreme devotion to it.

And what about you? How much would you risk for a shot? Would you be able to do something like this?

Is wet plate photography dangerous? Well, yes, it is

« B&H wants to give you the sales tax back with a new “Payboo” credit card
Am I using Instagram wrong? »