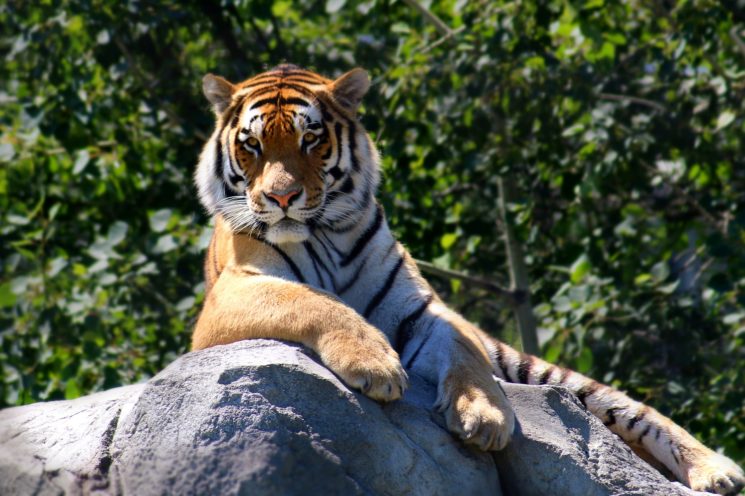 Photographer Steve Winter was recently working on a story about captive tigers in the US for the December issue of National Geographic. While he was taking photos, a 275-pound mix of lion and tiger jumped on him, and the whole incident was caught on camera.

The video was filmed by Nick Ruggia in Safari Sanctuary in Oklahoma. It shows the moment when the big cat jumps on the photographer and the animal keeper is trying to restrain it. The “ti-liger” is an 18-month old lion-tiger mix, discarded after he grew too big and dangerous for cub-petting and photo ops at Greater Wynnewood Exotic Animal Park. “He was adopted by Safari Sanctuary in Broken Arrow, OK, where he’s lived inside a house and is walked around the property on a leash like a pet,” Winter explains in his Instagam post.

The animal is still young and playful, so this “attack” is something a kitten would do when it just wants to play. But when the “kitten” weighs almost 300 pounds, I believe that even playfulness could end in serious injuries. Fortunately, no one was hurt during the incident even though it looks pretty darn scary.

« How we built Bertha – A large format camera that will shoot 1.1×1.1 metre slides
This guy created an Open Source DIY digital camera – including a 1-kilopixel sensor »