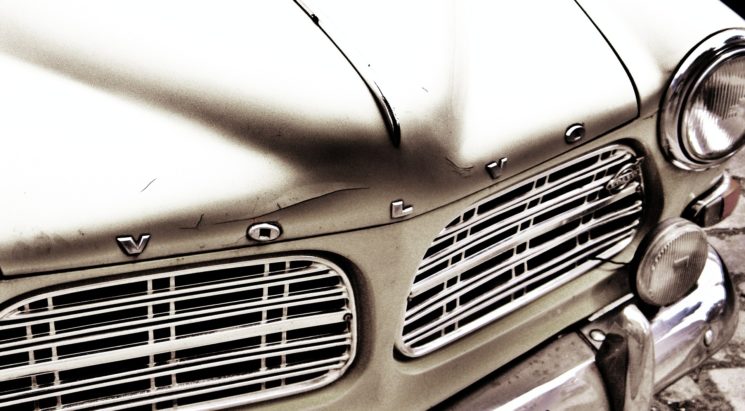 Earlier this year, Volvo was sued by a photographer whose photos they used, but also by the model who was in them. In its attempt to get the court to throw out the case, Volvo has caused fierce reactions from the public. They claim that, as long as Instagram photos are public, they’re free to use them and share them.

To remind you of the story: photographer Jack Schroeder and model Britni Sumida initially filed a lawsuit against Volvo in June this year. In April 2019, they did a photoshoot that included a Volvo S60. Schroeder shared photos on his Instagram, and they caught Volvo’s attention. The company reportedly asked if they could use the photos, but offered no compensation. Schroeder says that he ignored them on Instagram, but reached out to the company via email. He presented Volvo with his terms and a request for compensation but says that he never heard back.

But then, in November 2019, Schroeder saw that Volvo had used his images anyway. He first tried reaching out to the company directly. However, he says that they responded with an “aggressive and intimidating letter” to a company Schroeder had worked with. Volvo allegedly threatened to sue Schroeder’s production company over a 20-second video which “illegally displayed their trademarked logo.” This is when Schroeder decided to sue.

I believe that it’s clear why the photographer decided to file a lawsuit. But why model? Well, it turned out that this infringement was even worse for her. She claimed that she was supposed to shoot a campaign with another car manufacturer. There was an exclusivity clause in her contract that prevented her from working with competing brands, and Volvo using the images reportedly damaged her career.

And now, two months after Schroeder and Sumida’s lawsuit, Volvo has responded with an attempt to have it thrown out. The company has filed a motion claiming that Instagram’s own terms grant them permission to re-share public photos (no, they don’t). Volvo seems to have somehow understood that Instagram gives them a sub-license to share Schroeder’s images. “Schroeder’s made his Instagram account public and therefore granted Volvo a direct, express license to re-share his content,” the motion reads. Um, what?

Volvo further claims that, simply by tagging the company, Schroeder granted them “an implied non-exclusive license to share the Instagram photographs.” Again, what? the motion even attacks Schroeder and Sumida personally. Volvo claims that the duo is “making a mountain out of a molehill” and “exploit the brand, image, reputation and substantial social media reach of a venerable automotive company to promote themselves professionally.”

As you can see, I can’t really agree with Volvo’s motion. And it seems that Schroeder and Sumida’s lawyers share my opinion. Speaking to PetaPixel, lawyer Jeff Gluck said:

“Volvo’s argument, that they can allegedly take and exploit ANY photo publicly posted on Instagram, is dangerous, chilling, and wrong. The entire global creative community should be on high alert, and Instagram should speak up immediately. It goes without saying that Volvo’s argument has absolutely zero legal merit and we look forward to further educating their counsel during trial. We will make sure that this case proceeds to a final verdict in order to protect the creative rights of millions of people.”

I hope that this case will make Instagram revise its Terms of Use and write them more clearly. Also, they might finally make embedding optional. Both actions could potentially reduce the number of copyright infringements. Or if nothing else, prevent people from interpreting Instagram’s terms so loosely.