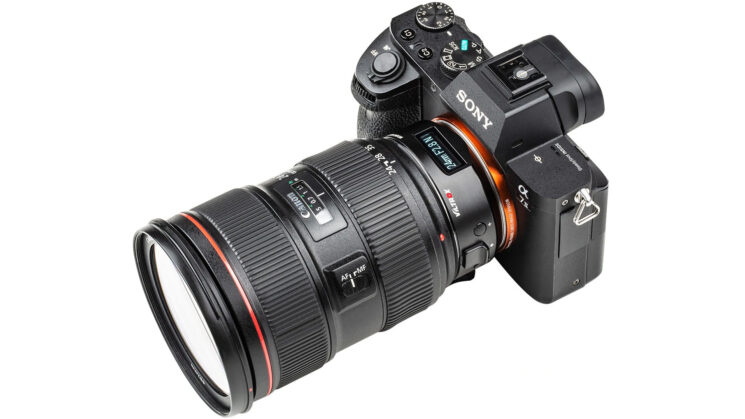 Viltrox has announced a new Canon EF to Sony E mount “smart” lens adapter. As with most other “smart” lens adapters, this one allows you to pass through autofocus and EXIF information for complete data communications. This one, however, has a shiny new OLED display on top of it.

The $199 Viltrox EF-E5 Smart Mount Adapter is the fifth generation of Viltrox’s Canon EF to Sony E mount lens adapter, released over the last nine years. It makes use of that dead space between the lens and body by providing useful feedback to the photographer through its OLED display, including focal length, aperture and focus mode. 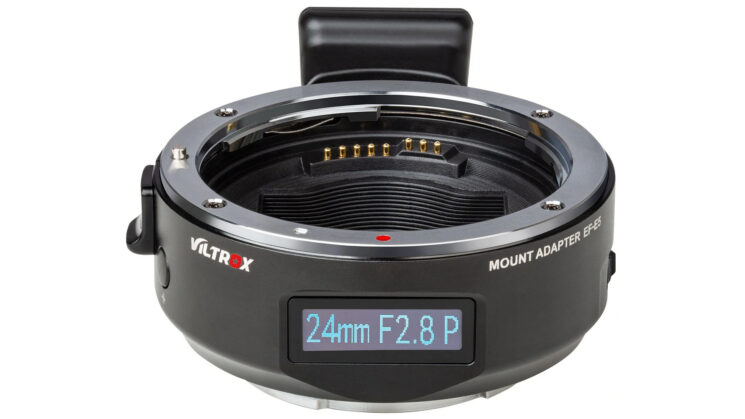 As a smart adapter, the Viltrox EF-E5 supports complete passthrough between the Sony E mount camera and the Canon EF lens for EXIF and focus information (including Eye AF) and there’s even a dial side to switch between phase (PDAF) and contrast (CDAF) detection autofocus modes. Unfortunately, there isn’t a close-up image of it, but you can see it on the right side of the adapter (from the camera holder’s point of view). 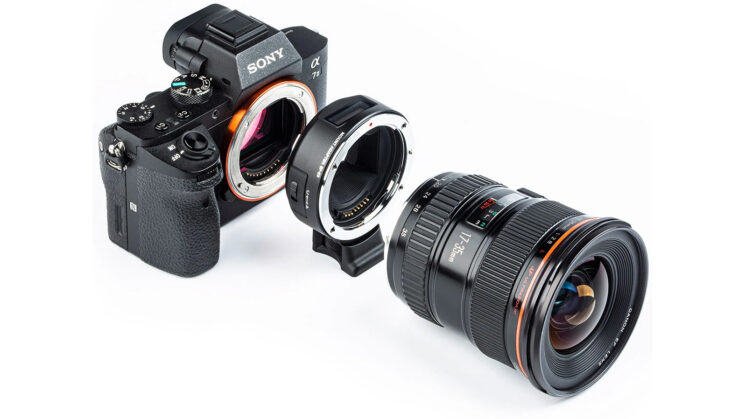 As all of the electronic communications is translated and maintained between the two devices, this means you also get complete access to the stabilisation system in both of them. So, you can take advantage of Canon’s IS line of stabilised lenses. I was going to say “or third party stabilised EF mount lenses” but adapters like these typically only guarantee compatibility with OEM lenses – in fact, the Viltrox website specifically says “Canon series lenses”. So, it may work with your third party lens of choice, it may not. 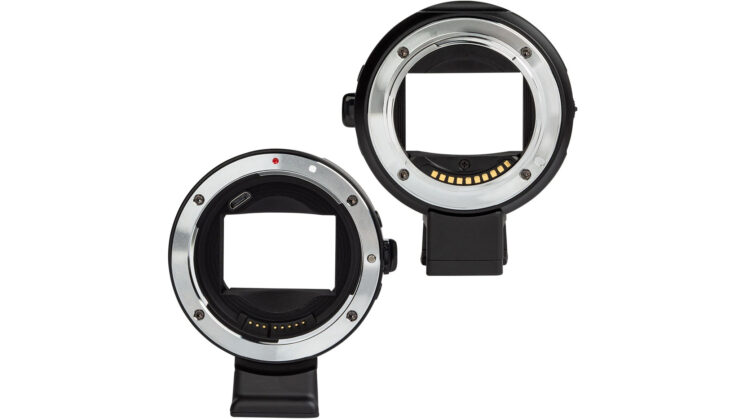 Naturally, at some point, Viltrox may want to release a firmware update for the adapter if they receive reports of issues they need to fix or if they just figure out a better way of doing something to improve performance. No docks or adapters here, there’s a (*sigh*) micro USB socket on the inside of the lens mount side (please just start using Type-C for everything already!).

The Viltrox EF-E5 Smart Mount Adapter to let you use your Canon EF lenses on your Sony E bodies is available to buy now for $199 and is already shipping.