A while ago I started working as a designer for a new Dutch magazine about smartphone photography called Phonographer. Next to being a photographer and photoshop wizard I do love to shoot with my iPhone. And I’m an avid geek when it comes to accessories and things with buttons.

Now shooting with an iPhone comes with its own pro’s and con’s. The pro’s of course being its size, the amount of apps and editing possibilities and its online options. The con’s are for instance sensor size,  and ergonomics. But every instance of a new smartphone camera gets better and better. As an  allround camera its getting quite serious in almost every aspect.

Now the only thing I was missing from turning my smartphone into a more useful photographic tool was the ability to use an off-camera flash, or trigger my studio lights. We all know how we felt the first time we used an external light source with our camera, the way it opened up our ability to be more creative with our photography.

So I did some googling and I found a former kickstarter project called Tricflash, that promised to trigger my lights from my iPhone…wirelessly. At ±$60,- it’s worth trying out, so I ordered one.

It’s a small unit with just one button on/off and it runs on two AAA batteries. There’s a trigger cable port on the side and a hot shoe connector on the top. It slides perfectly between a strobe and a tripod. Wireless connection is made via Bluetooth LE (luckily no 3.5mm jack since my iPhone 7Plus doesn’t have one) and you do need the Triccam app to fire it. (the app comes in a LITE and a paid $4,99 app). I would suggest getting the paid app as it has a lot more useful features like RAW support, support for front and back camera, and the dual camera of the iPhone 7plus, Manual focus etc.

I connected my Lumopro strobe with my Roundflash and fired up the app. It immediately connects to the TricFlash without even asking to pair or anything. And shooting could commence.

Here are some first shot images I took at home. 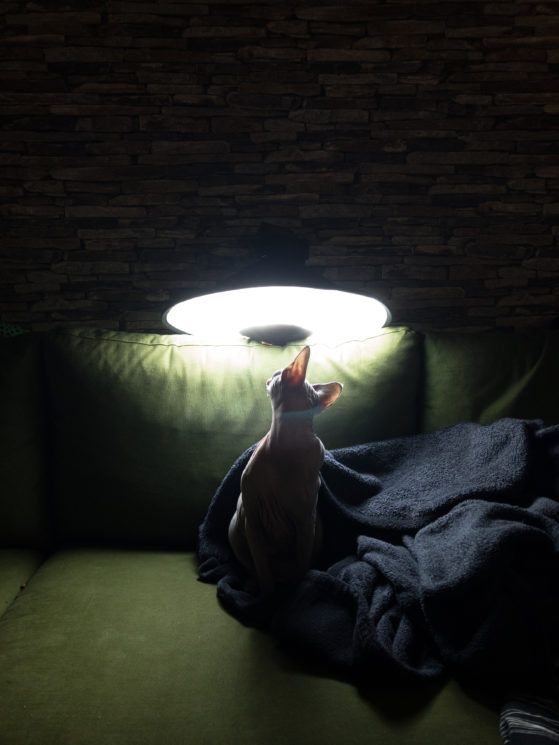 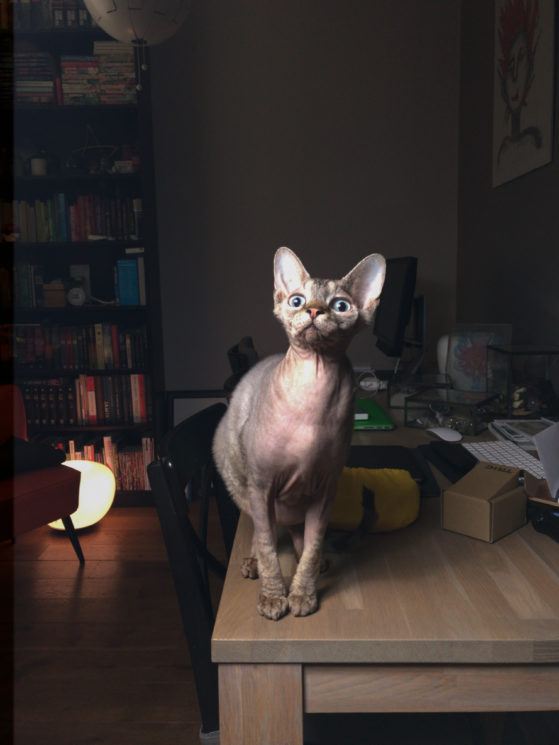 What are you doing Human? 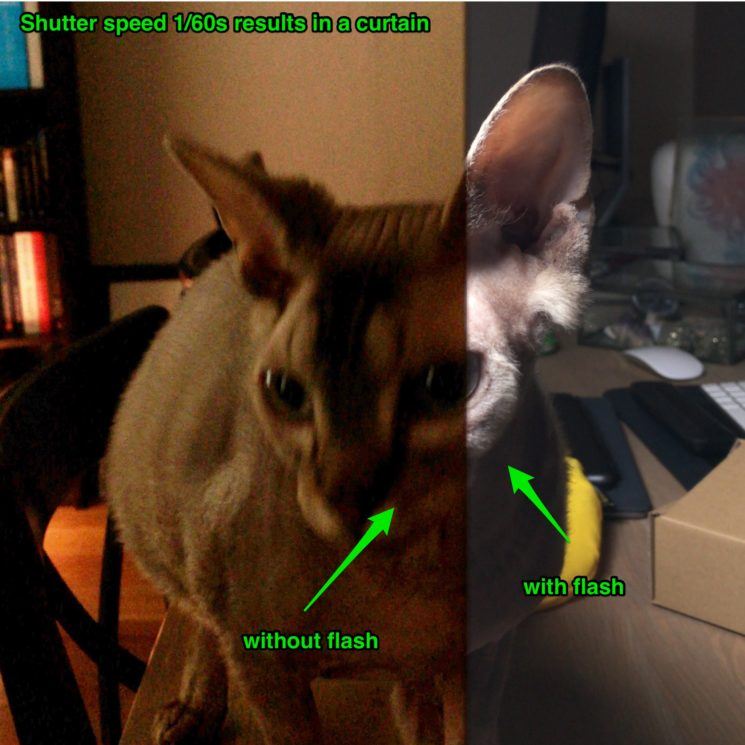 Of course, this is a failed shot, but it does show the difference in using Flash vs without

The app (talking about the paid app here) is almost as straightforward as the TricFlash itself. There’s a trigger button, a connection button. Shutter speed control, photo’s and a camera selector (top right) 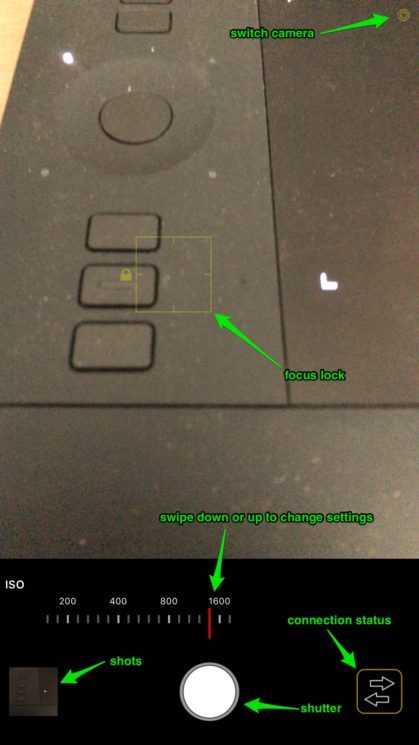 The app is simple to use

More useful settings van be found in the iPhone>Settings>Triccam

Here you can set image quality to RAW or TIFF and set the volume button as Shutter.

As I was firing away and harassing my cat-models with the strobe I started thinking…if it relays a signal would it trigger my studio trigger? Could that work? So I set out to my studio and pulled out the Elinchrom trigger, connected it to the TricFlash and boom it triggered! 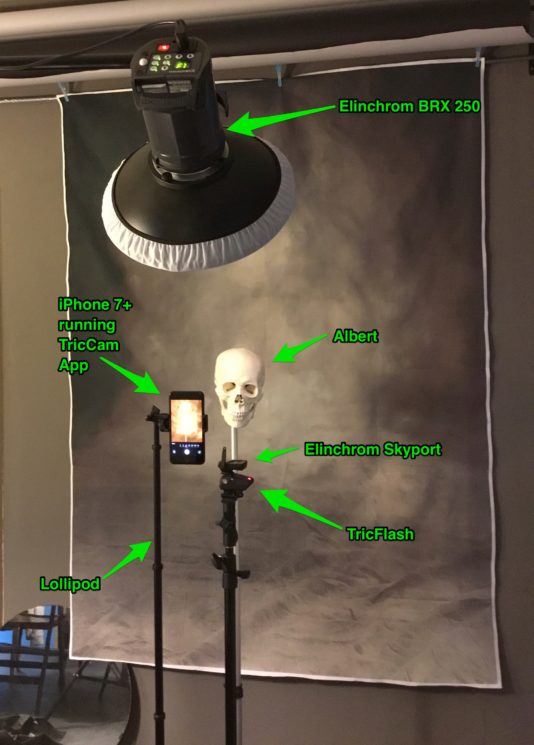 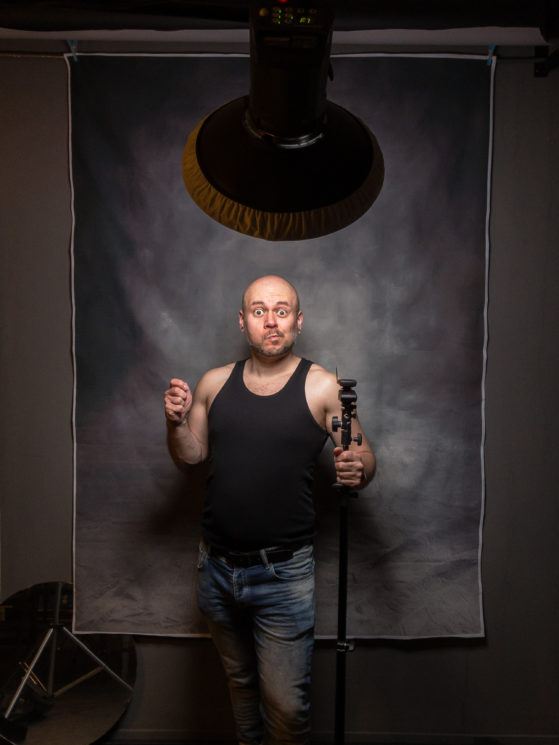 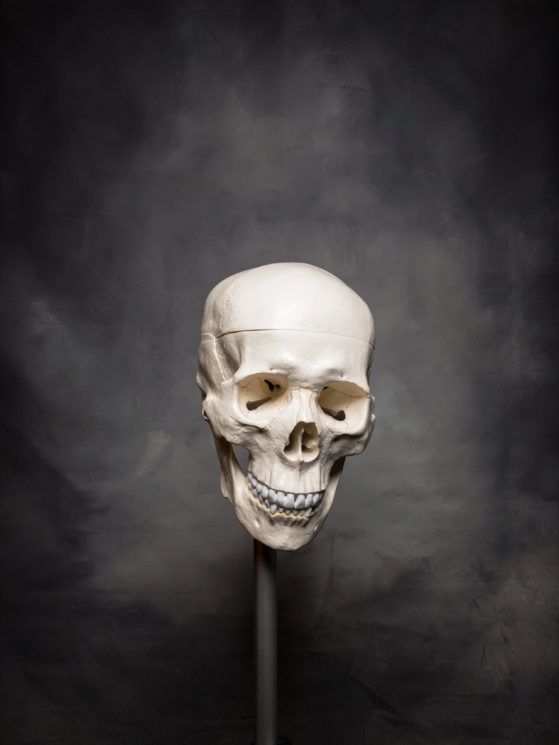 Alfred being a great model

Now don’t get your hopes up, it works marvellously but due to limitations on the iPhone side, you can only trigger and take shots at 1/30 or 1/45s. So ambient light will be an issue, and don’t go shooting sports with this. You’ll need the new Sony A9 for that https://www.diyphotography.net/first-sony-a9-review/

It’s a nifty gadget to have if you have an iPhone. Carrying this with you on your next shoot could help you out if your (camera)body fails, or on a positive note, might set you up to try something different in an established setting.

What I liked about it: