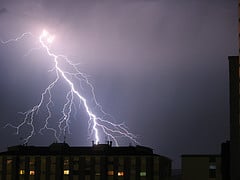 A little while back we introduced an electric DIY which was designed to help reduce the luck factor when going on a stormy night to photograph lighting. It involved quite a bit of hardware and was aimed towards DSLRs that have an external trigger jack.

Turns out there is an easier way for most Canon P&S owners. It is called CHDK. We discussed CHDK before when we showed how to make Hi Res time lapse movies. This time CHDK comes to the rescue with a lighting catching script.

Well, actually a motion detection script, but it will do for our use.

The idea is geekily simple (yes, I can say that, I used to write code for living): 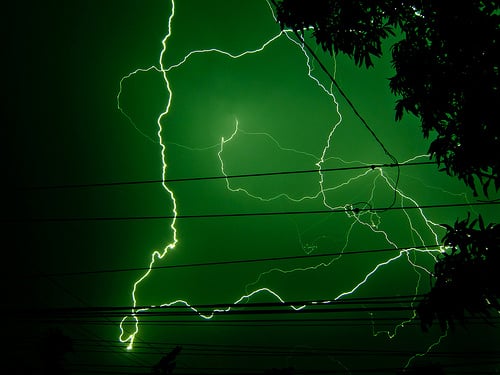 The last thing to discuss is how can the camera shoot that fast. Well, this is the smart part – the script makes half a press on the shutter release “button” (or actually its software equivalent), so from detecting a lightning to doing an exposure there is actually very little delay. 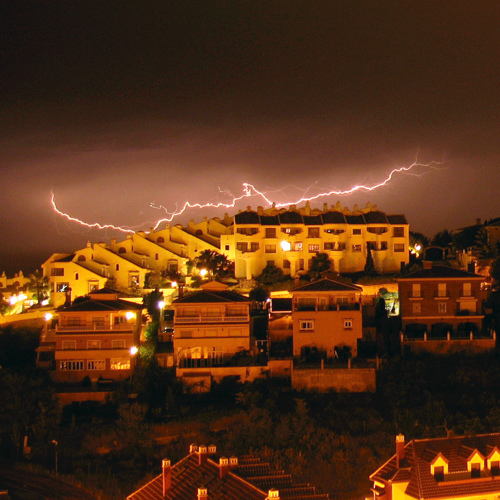 Pictures in this post are courtesy of Guy Rimmer, spreketek and BY-YOUR-⌘

Download the FMD (Fast Motion Detection) script for CHDK on the CHDK forums.

Is A CHDK For Nikon Around The Corner?