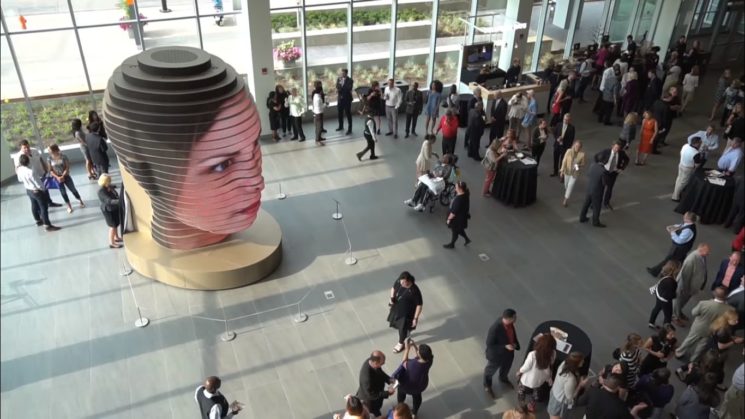 Artist Matthew Mohr has created an interesting and unique piece of art. His project titled As We Are features a 14-foot 3D interactive human head. It was assembled from a skeleton covered with ribbons of LED screens. In its neck, there’s a photo booth where the visitors can capture 3D photos of themselves. Once they do it, the giant head displays their face, turning them into a statue.

Since the interactive head combines technology, interaction, and art, it’s also called “the ultimate selfie machine.” However, its purpose is more than just taking a selfie. It serves to amuse people, but also to evoke some discussions and consider how the idea of self-representation has evolved.

The sculpture began as a prototype from hot-wire cut foam. As Mohr writes, this was the first time he and his team saw their faces projected on it, and his first impression was a bit terrifying. He was uncomfortable and he blushed, and there were both good and bad details.

The skeleton of the actual sculpture was made from 24 layers of CNC cut aluminum. It was then covered with 3000 custom engineered LED panels, containing over 850,000 lights in total.

The photo booth is placed behind, in the sculpture’s neck. Mohr explains that it uses photogrammetry: the process in which 32 images are taken simultaneously. These images are then turned into a 3D model of your head, and they’re projected onto the sculpture’s LED panels. 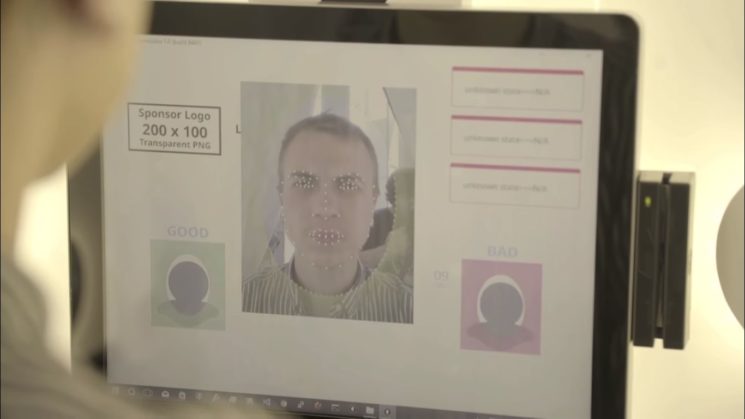 The sculpture is located in the Greater Columbus Convention Center in Columbus, Ohio. As the artist assumed, it caused various reactions among visitors, but it left no one indifferent.

Other than being really amusing and unique, this sculpture lets people create art and become art. It also raises some questions about self-representation, social media, and diversity:

‘As We Are’ focuses on the now commonplace act of documenting one’s existence in an effort to connect with others. It considers how self-representation has evolved by confronting the idea of self, and recognition of what we seek in and from other people.

« What it’s like to photograph “Star Wars: The Last Jedi” cast in only two minutes
How to create winter portraits in the studio with Photoshop using real snow »