When I bought a laptop a few weeks ago, it was for a specific purpose: being able to work on my photos while traveling. But my primary concern was to keep in sync my Lightroom catalogs between my laptop and my desktop computer at home. I’ve read about solutions that would require you to merge catalogues by importing and exporting catalogs from one computer to the other. I wasn’t quite happy with that process, so here’s the solution I came up with. 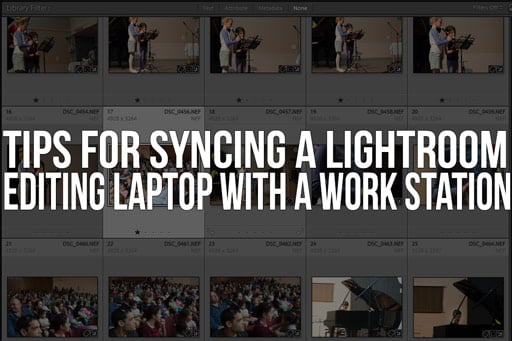 A few things to note:

Also, I made a few workflow decisions that had an impact on the solution I chose:

This is the easy part. My initial idea was to use Dropbox to sync the catalog between the two computers. However, I didn’t want to sync all the RAW files as well, as they represent about 10 times the storage allowance I have on Dropbox. So I simply moved my .lrcat file (and this file only) to my Dropbox folder, and had Lightroom open it from there.

Job done. Provided your photos live in the same place on both computers (e.g. C:\Photos), Lightroom will find them and everything will just work. Every time you import photos into Lightroom on the laptop, Dropbox will sync the catalog for you (and provide an off-site backup in the process).

At the end of my trip, when I come back to my PC, Dropbox will fetch the latest version of the catalog, and all the edit work I’ve done on the laptop will magically appear on the PC. The new photos will be listed as offline until I move them from the laptop to the desktop in the appropriate location, but I won’t need to re-import them in Lightroom. 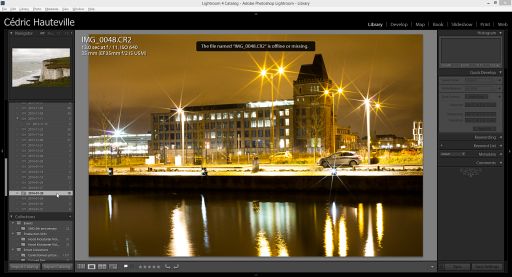 What if my photos live in different locations on the two computers?

That’s where the trick comes in. We’re going to make Lightroom believe the laptop photos live in the same location as on the desktop.

There’s a neat and very easy to use tool called Visual Subst that will assign a drive letter to any folder you want. (If you are an old schooler, you can, of course, use subst from the cmd console : ) 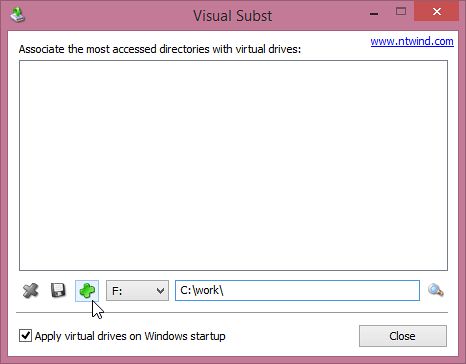 On the laptop, I’ve created the following folder structure: C:\work\photography\Lightroom\Raws. Then, I used Visual Subst to assign the letter F: to the folder C:\work. (Make sure to tick “Apply virtual drives on Windows startup” or you’ll have to do this every time you start the laptop). Now, when I look in Explorer, I have the proper folder structure. 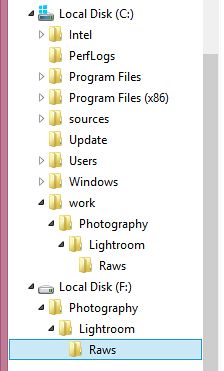 As I’m using the exact same catalog as on PC, Lightroom on the laptop will be already set to import new photos to F:\Photography\Lightroom\Raws.

From that point on, the workflow is quite simple:

I’m assuming you have internet access on the go. If you don’t, simply make sure Dropbox on the laptop has synced before you go and after you come back.

Word of caution: In Windows, when you delete something from a virtual drive, it doesn’t go in the recycle bin, it’s deleted forever, so be careful.