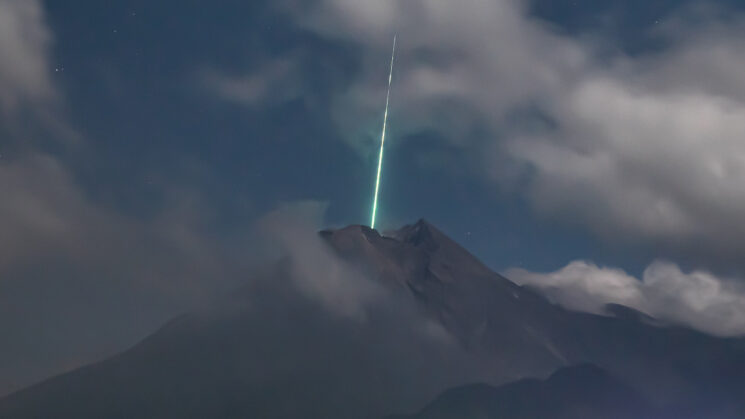 Indonesian photographer Gunarto Song was recently photographing a volcano when he captured a meteor right above it. Thanks to Gunarto’s shooting angle, it looks like the meteor is flying straight into the crater, giving him a once-in-a-lifetime shot that quickly went viral.

Gunarto was taking photos of Mount Merapi, the most active volcano in Indonesia. He intended to get some shots to create a panorama, and the lucky shot came when he was already getting ready to head home. He saw the clouds gathering above the volcano and thought they would look great in photos, too. But then a bright, green light surprised him and added the unexpected element to his shot.

The photographer posted his photo on Instagram with the caption “Meteor Falling on the summit of Mount Merapi?” Unsurprisingly, it quickly went viral, and how could it not?

Speaking with CNN Indonesia, Gunarto revealed that he was using a shutter speed of 4 seconds. He believes that the green shooting star is a meteor, as he’d seen them before. Experts from the National Institute of Aeronautics and Space (LAPAN) confirmed, adding that the green color is the result of magnesium content in it. The phenomenon was also caught on at least two CCTV cameras.

Gunarto kindly shared his photo with us, as well as two cropped versions where you can see the amazing scene from up close. You can admire them below, and make sure to check out more of his work on Instagram and 1x. 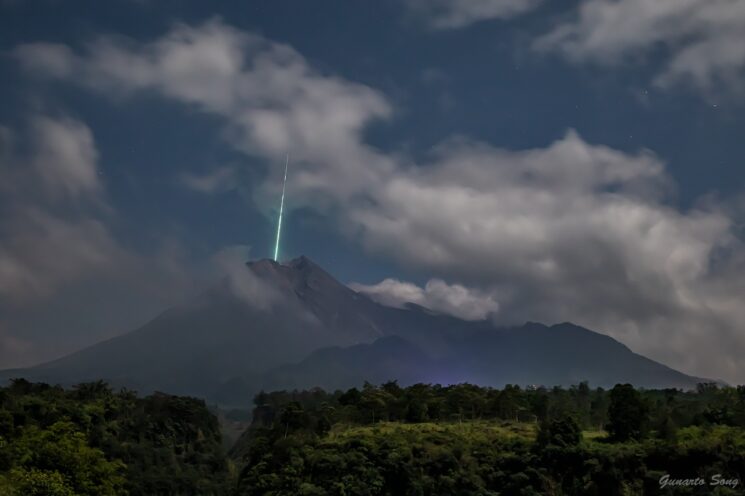 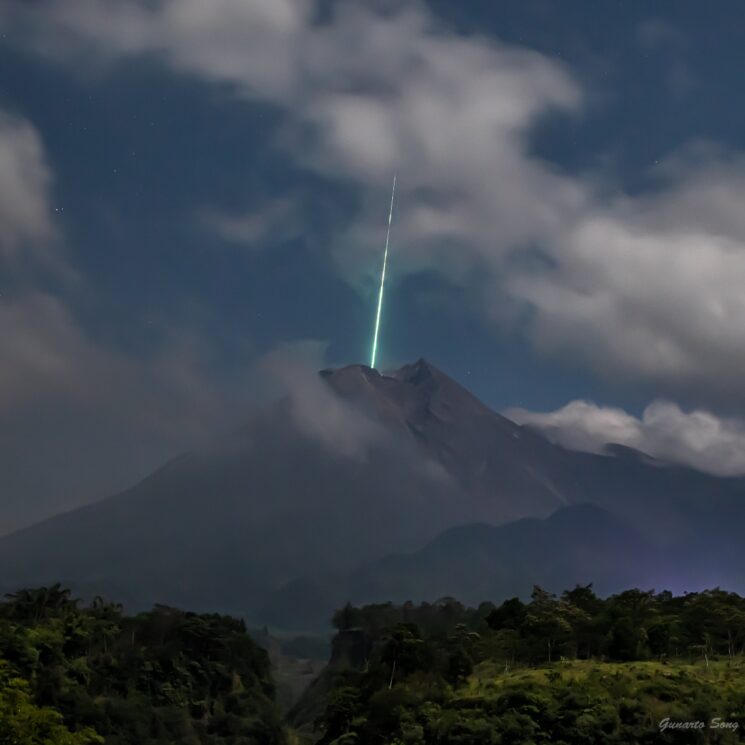 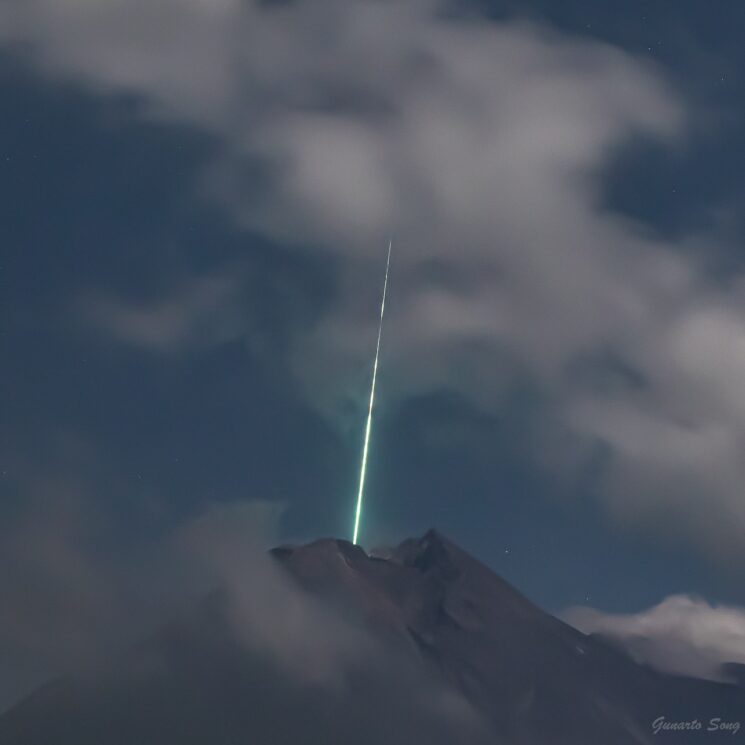