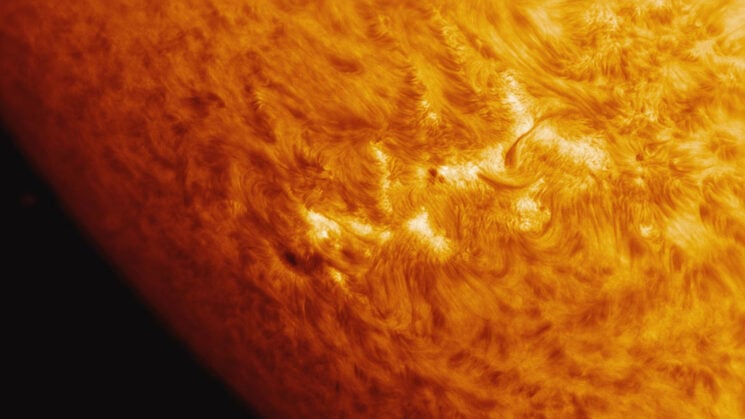 Getting a decent photograph of the sun which shows the incredible level of normally invisible detail of its surface is extremely difficult. Shooting a whole mess of them over the course of 10 hours and turn them into a cohesive timelapse is downright impossible for most of us. But for astrophotographer Deddy Dayag, it’s a passion he’s been pursuing for a while now.

Deddy regularly posts his new work to YouTube and the results are just gorgeous. Deddy spoke with DIYP to tell us more about the gear he uses to shoot the timelapses and in particular his latest video, which offers a stunningly unique insight into the sun’s surface activity.

The video above is the latest video that Deddy has posted to his YouTube channel, which shows a 10-hour timespan of the sun’s surface. Deddy tells DIYP that the sequence was shot using a 152mm Achromat Refractor telescope, made by Israel-based manufacturer Cosmos using ZWO ASI178mm and ZWO ASI183MM cameras, depending on his needs. And to actually be able to have the cameras see the surface of the sun, Deddy utilises the Daystar Filters Quark Chromosphere, designed specifically for filtering the intense light created on the sun’s surface. 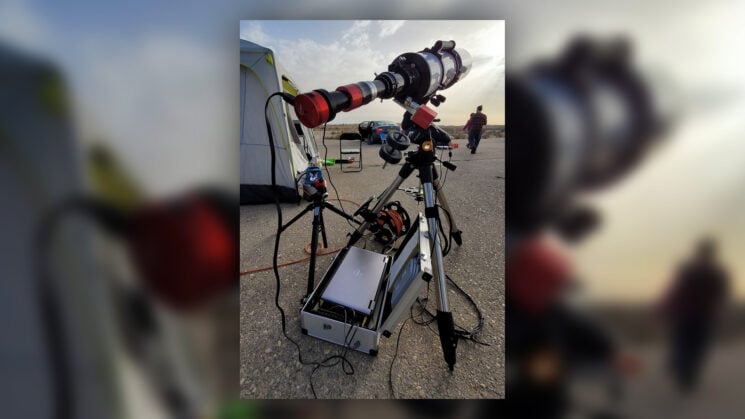 One of the great things about photographing the sun rather than the night sky, is that you often don’t have to disappear off to an ideal part of the world in order to get the perfect conditions. It’s not like travelling to the middle of nowhere to avoid light pollution like most of us that live near cities have to do if we want to photograph the Milky Way. In fact, Deddy actually photographed this sequence of the sun from his backyard in Netanya, Israel.

The sequence was captured over two days, shooting from morning into evening. Deddy tells DIYP that the mount for the telescope tracks the sky as the earth rotates throughout the day, but that it can occasionally drift. So, software running on the laptop sends corrections to it, ensuring that it’s always looking at the same point in space. At the moment, Deddy says that he is working on a prototype solar telescope that will allow him to offer even higher resolution images of the sun’s surface.

Just from seeing the detail in the stuff Deddy’s already been shooting, I can’t wait to see what a higher resolution system will be able to capture!

If you want to see some of Deddy’s previous timelapses, head on over to his YouTube channel. Be sure to subscribe if you want to see his new work as his techniques improve and he gets closer to completing his high-resolution solar telescope prototype. You can also follow Deddy’s work on Instagram.

This 7.3 Gigapixel “Gigalapse” shows a 24 hour period over London

The Ultimate Selfie – time to practice during this down time period