I’ve seen my fair share of stellar Milky Way images over the last couple of years. But Finnish visual artist and astrophotographer J-P Metsavainio has raised the bar. He created a high-resolution gigapixel class mosaic image of the Milky Way that took nearly twelve years to create. He used around 1250 hours of exposure between 2009 and 2021 to create enough data for this photo. And although it was extremely labor-intensive, it was well worth it!

J-P spent so much time taking the shots for this composite for several reasons. First, of course, it’s the size of the finished piece. The final image is about 100,000 pixels wide, consisting of 234 individual mosaic panels stitched together, and in a whopping 1.7 gigapixels resolution. Another reason is that each of the images is very deep. Also, J-P shot most of the mosaic frames as individual compositions and published them as independent artworks. “That lead to a kind of complex image set which is partly overlapping with lots of unimaged areas between and around frames,” he explains in a blog post. “I have shot the missing data now and then during the years and last year I was able to publish many sub mosaic images as I got them ready first.”

The final image captures the Milky Way area between constellations Taurus and Cygnus. J-P says that there was not much tweaking necessary between the mosaic frames because his work is very constant. The overall exposure time was 1,250 hours, but not all frames took the exact same time to expose. Some required more, some less, but they all provided J-P with a uniform mosaic in the end. 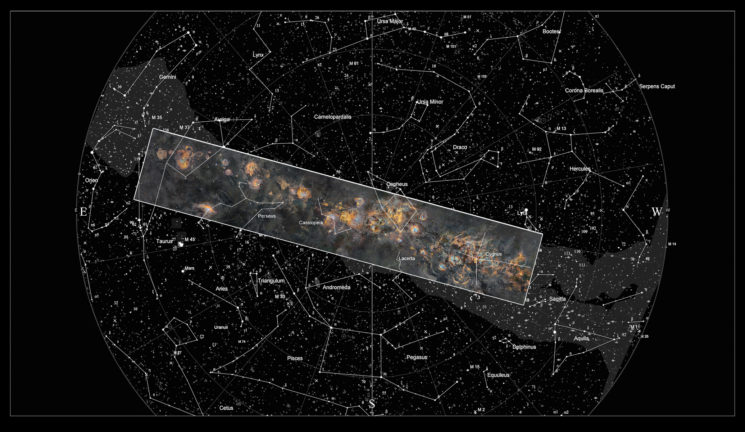 The photographer also shares some technical information about his gear and process. He took the shots from his observatory in Oulu, Finland, but he used different optical configurations over the years.

“Up to 2014 I was using an old Meade LX200 GPS 12″ scope, QHY9 astrocam, Canon EF 200mm f1.8 camera optics and baader narrowband filter set. After 2014 I have had 10-micron 1000 equatorial mount, Apogee Alta U16 astro camera, Tokina AT-x 200mm f2.8 camera lens and the Astrodon 50mm square narrowband filter set. I have shot many details with a longer focal length, before 2014 by using Meade 12″ scope with reducer and after 2014 Celestron EDGE 11″ and reducer. Guider camera has been Lodestar and Lodestar II.” 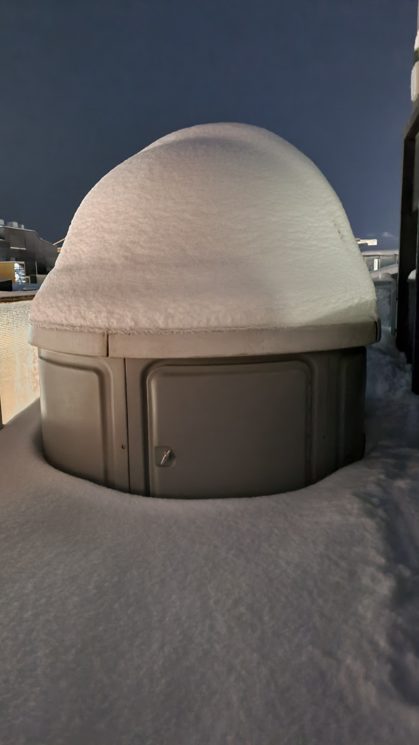 To stitch all his images together, J-P used Photoshop. He matched separate panels by using stars as an indicator and added just a bit of basic tweaks like levels, curves, and color balance. Since he used lots of longer focal length sub-frames in his mosaic to boost, he had to develop a new method to match them with shorter focal length shots.

“Firstly I upscale the short focal length frames about 25% to have more room for high resolution images. Then I match the high res photo to a mosaic by using the stars as an indicator. After that I remove all the tiny stars from the high res image. Next I separate stars from low res photo and merge the starless high res data to a starless low res frame. And finally I place the removed low res stars back at top of everything with zero data lost. Usually there are some optical distortions and it’s seen especially in a star field. Now all my stars are coming from a same optical setup and I don’t have any problems with distortions. (I’m using the same star removal technique as in my Tone Mapping Workflow).”

Take a look at more photos below and some details of the mosaic. Make sure to visit J-P’s website to see the full-size image, zoom in and explore it, you’ll love it. For more of his work, follow him on Facebook and Twitter, and you can also order his prints here. 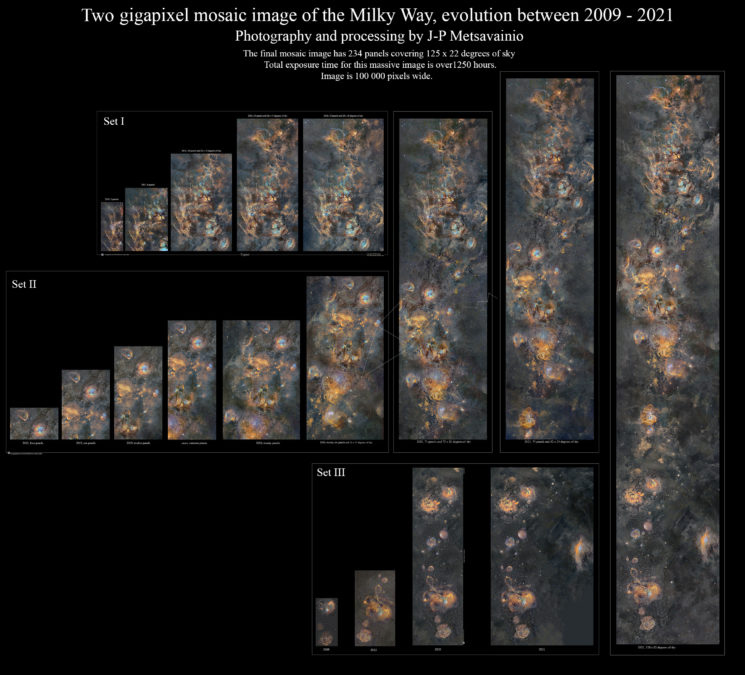 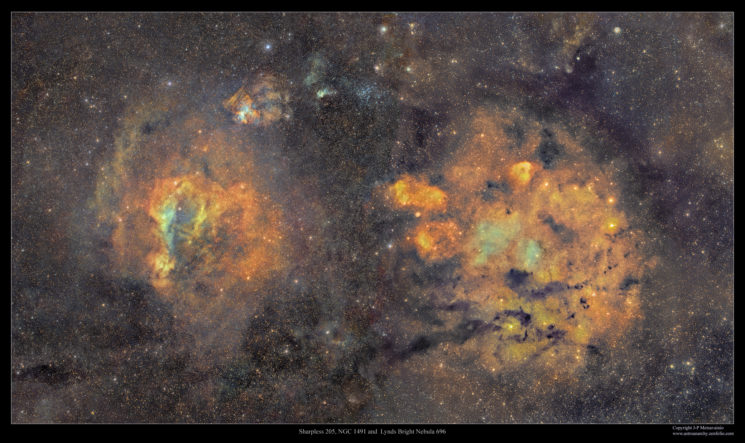 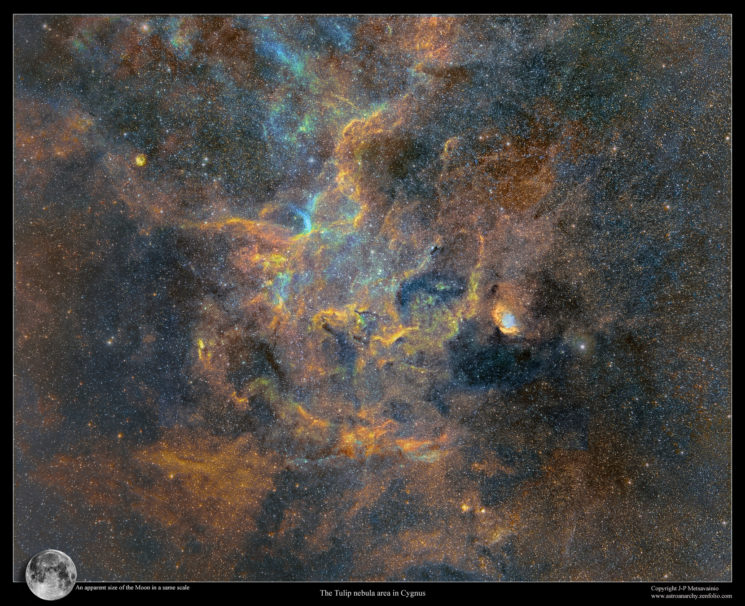 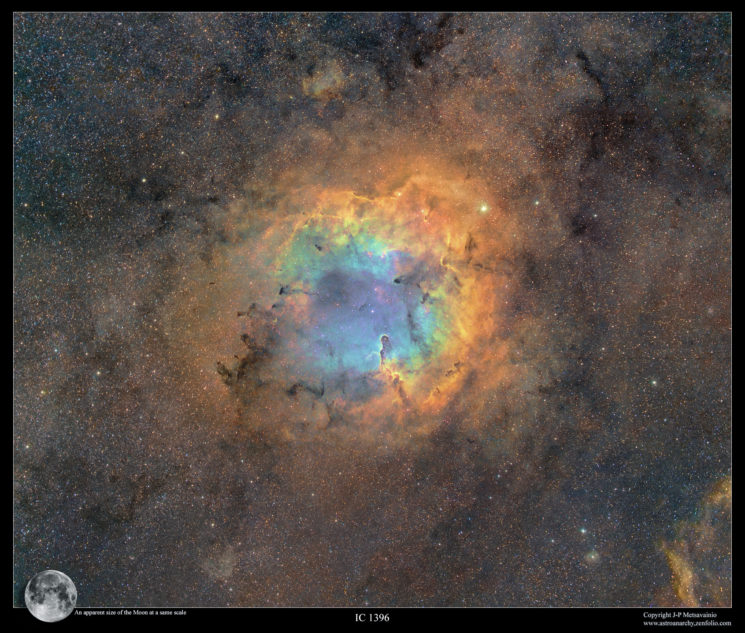 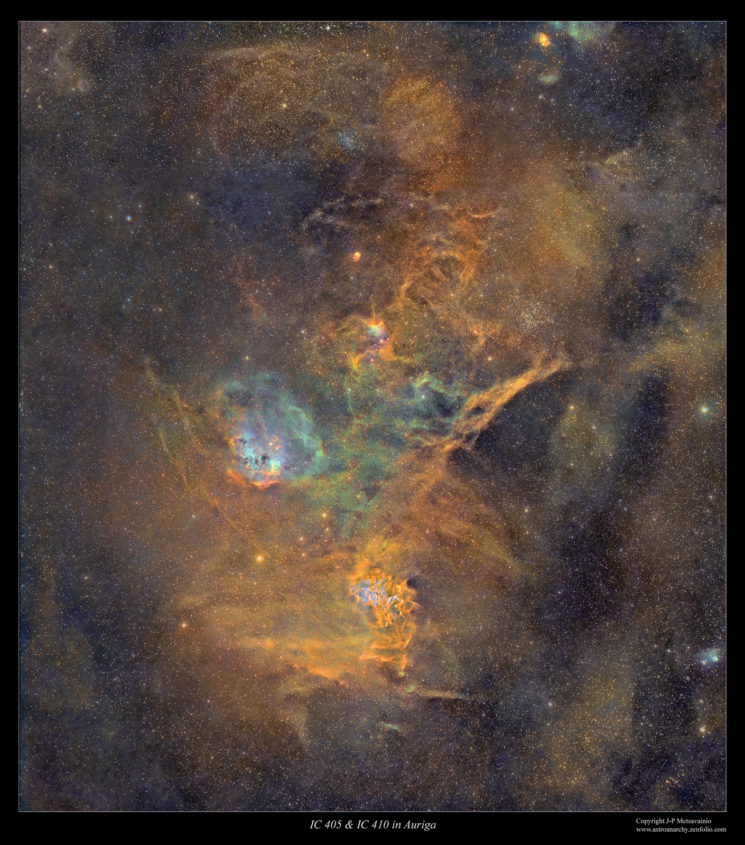 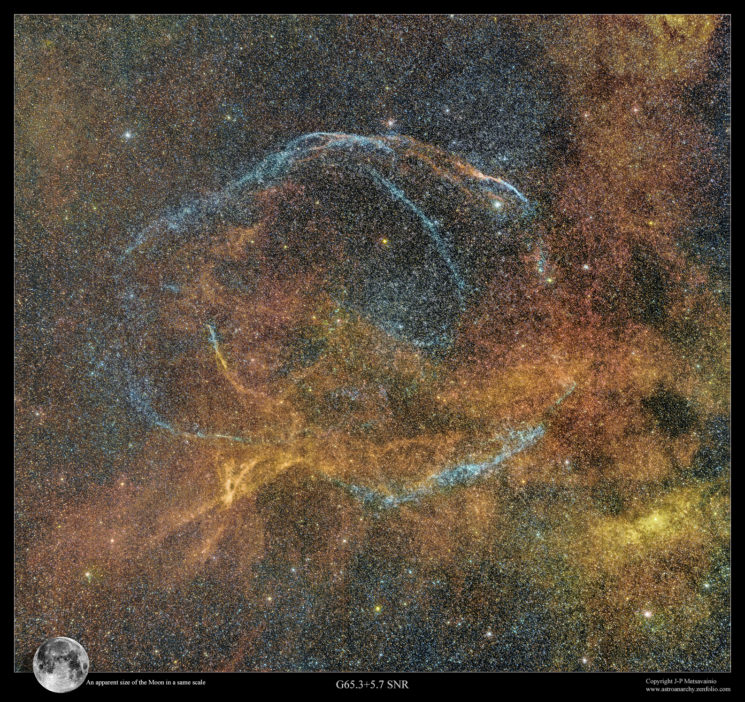 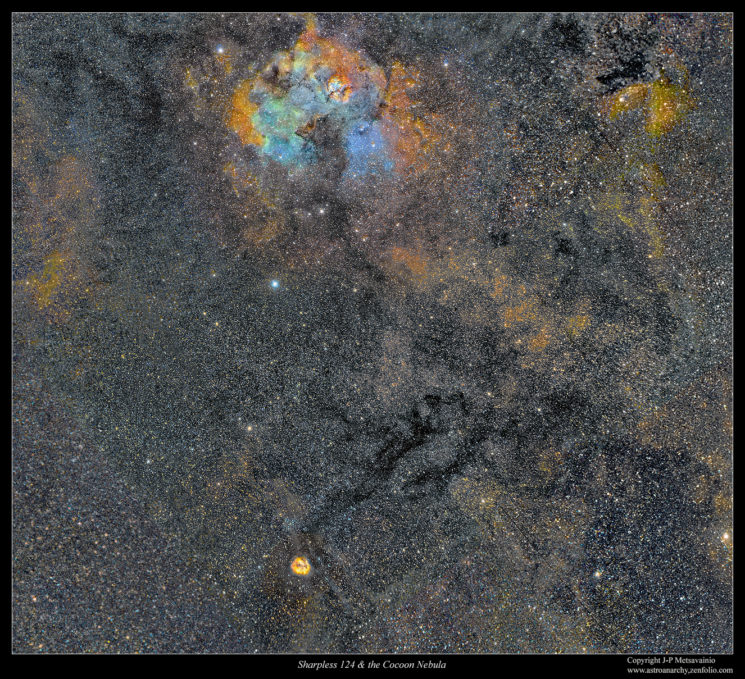 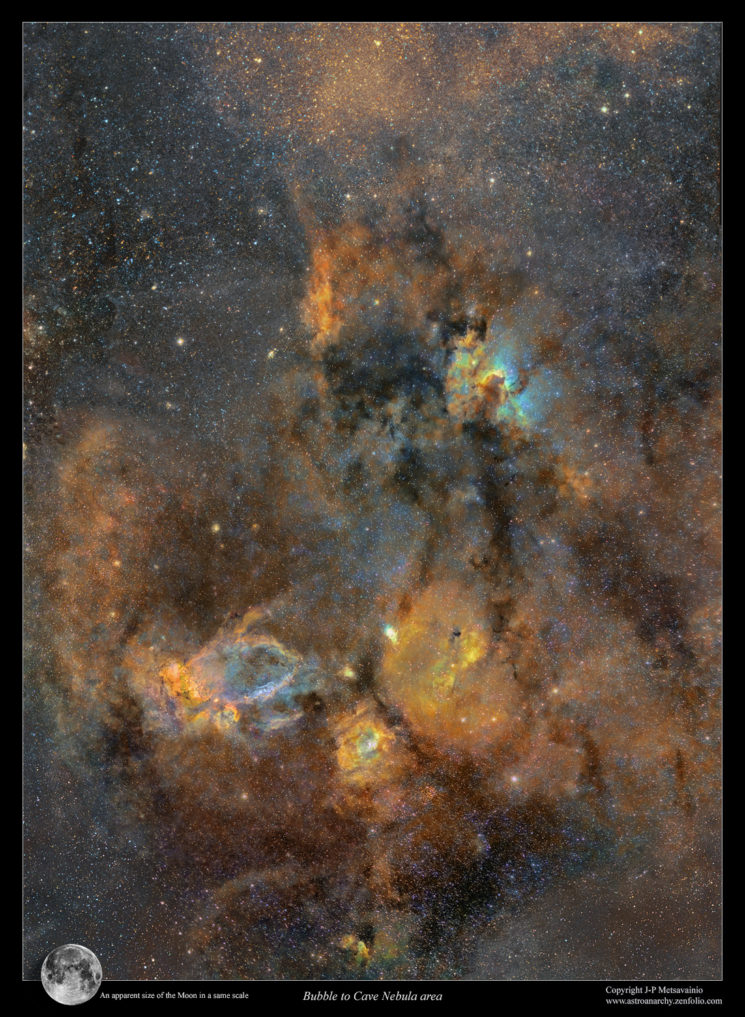 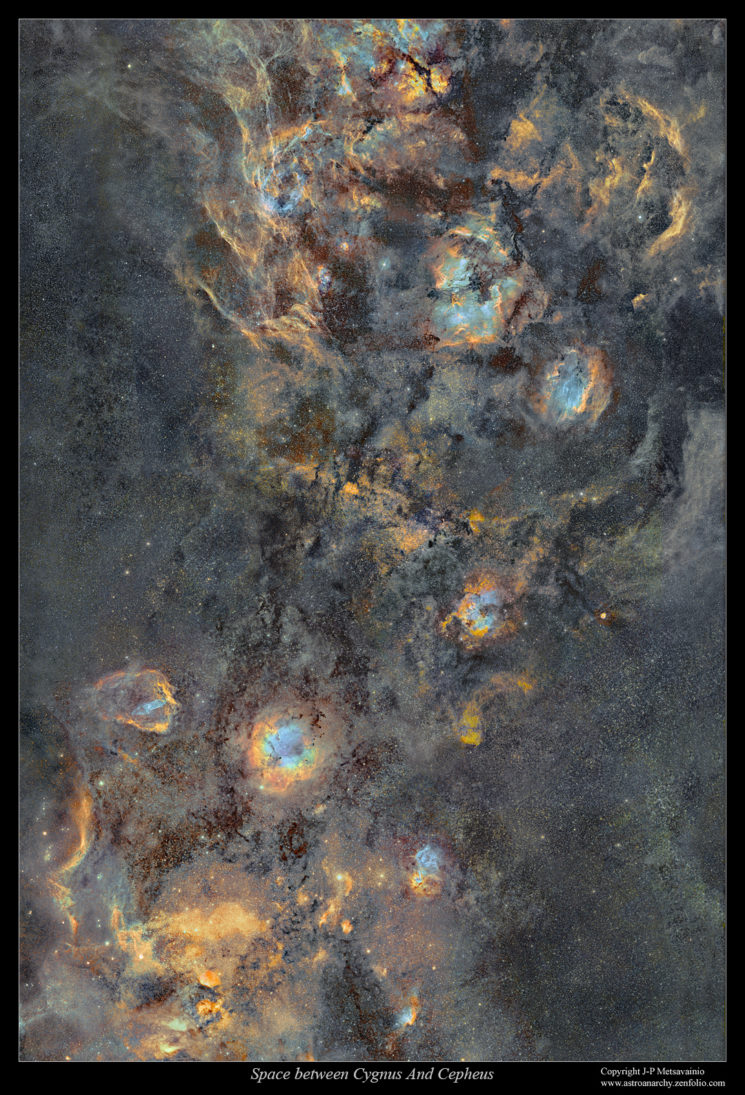 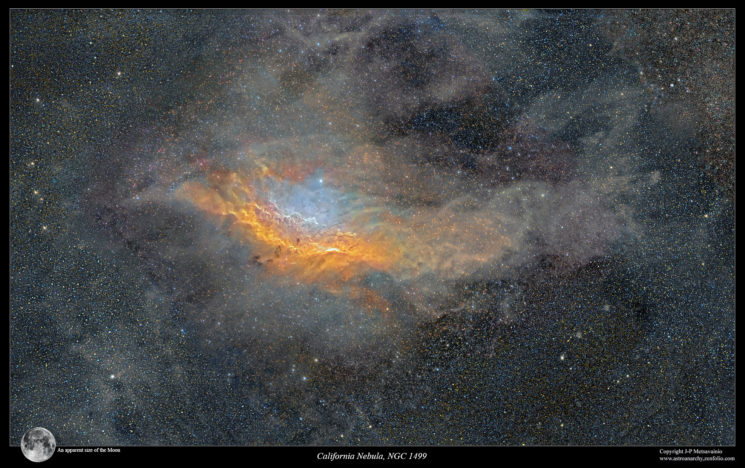 Photographer shares how he took this impressive lightning storm photo