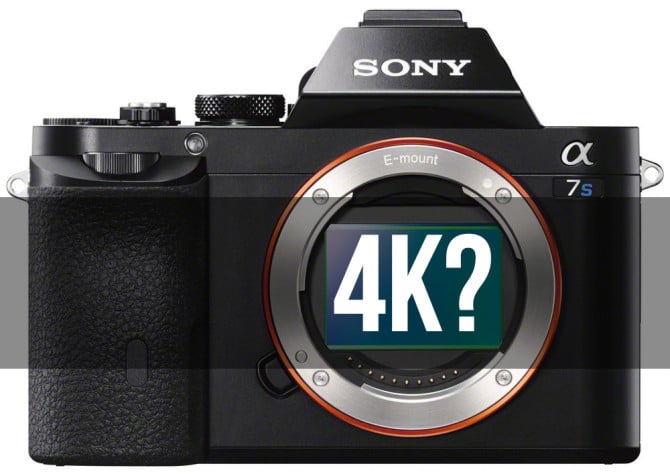 What if Sony’s camera has so much more power internally than what they expose? We have seen Canon cameras getting a performance boost via custom firmware – Magic Lantern, so the idea is not unthinkable.

Now, youtube user Nabil Fathi claims to have hacked the Sony A7S to record 4K internally, along with providing higher bitrate and better subsampling (HDMI 10bit 422). The message was attached to a video Nabil uploaded to Youtube:

This is just a teaser of upcoming hack similar to magic lantern
that will be available for the Sony A7S, possible on the A7S II but not sure yet..
Higher bitrate, better subsampling (HDMI 10bit 422), 4K recording, etc… (Do not misunderstand this part, what you see on the video, it is a simple port for fun, have a custom app that offer clearly more than that to come, this video doesn’t show anything related to 4K, simply related to a7s access)
Stay tuned

Nabil shares that the code that enabled this hack can be obtained here.

The code Nabil refers to is a reverse-engineering effort of the Sony PlayMemories app store. Here is an explanation that makes sense even if you are not versed with firmware hacking (at least for acceding more camera features):

The latest Sony cameras include an Android subsystem which allows to install apps from the propriatary Sony PlayMemories Camera appstore. This application replicates the functionality of the Sony store and allows you to install custom Android apps on your camera.

While I want to believe this with all my heart, we have not seen any pudding yet (as the saying goes), all Nabil is showing is an app that can run on the android interface, and another app that does a similar thing, it’s nice, but it does not show any footage…

No film School is quite skeptical about this hack, which makes sense, especially with Sony’s Senior Manager of Technology saying that the BIONZ-X processors used in Alpha-series cameras are only capable of processing 8-bit 4:2:2:

With all of that said, there are definitely reasons to be skeptical of this whole thing. First and foremost, most of the information on the camera’s screen in that video is gibberish. H.263 hasn’t been used as a compression format for upwards 10 years. The resolution is completely arbitrary. 20fps might have been fast enough for a Buster Keaton flick 80 years ago. Plus the whole interface is essentially the same as the IgCamera Android app. More importantly, Sony’s Senior Manager of Technology has come out and said that the BIONZ-X processors used in Alpha-series cameras are only capable of processing 8-bit 4:2:2 video. In other words, the claim that this hack will enable 10-bit output from the a7s is probably not true

I still want to believe though…

[via no film school]